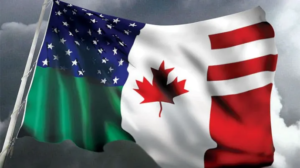 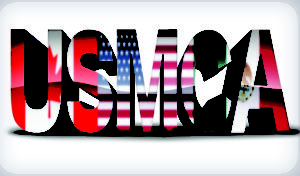 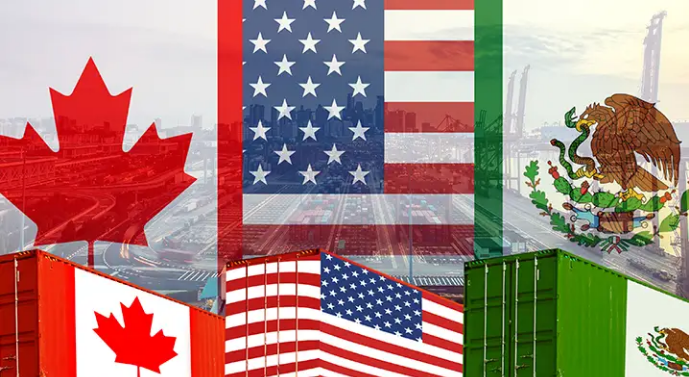 Steps To Rejecting The USMCA

The push for passing the United States-Mexico-Canada Agreement (USMCA) is getting closer and closer as we approach the 2020 presidential election. Congress is back into session next week after its summer recess. No indications have been made as to when the USMCA legislation may be introduced.

President Trump has supported this trade deal from the beginning causing his loyal supporters to back the USMCA, while the Democrats have only tepid opposition to it. Once again, JBS members and supporters are asked to stand in the gap and stop the USMCA to save American sovereignty.

We must be aware of the dangers that the USMCA presents, and get others to see those dangers, so that America does not enter into this globalist trade deal.

First, we urge you to watch our latest Analysis Behind the News video where we discuss that 57% of the USMCA is pulled from the TransPacific Partnership (TPP) as well as other dangers the USMCA presents. We also urge you to read and watch videos regarding the USMCA at our USMCA Action Project Page.

Second, contact President Trump and congress and let them know that we must not sign the USMCA. Phone President Trump (202-456-1111), your representative (202-225-3121), and Senators (202-224-3121) and ask them to oppose and to vote NAY on any USMCA implementation bill. You can also use our Federal Legislative Action Alerts to send a pre-written message on your disapproval of the USMCA.

Finally, during the last battle that we had with the ramp up for building the North American Union (NAU), beginning in 2005, CNN Host Lou Dobbs was on the front lines reporting many of the dangers we pointed to. He helped bring those dangers to the attention of millions of concerned Americans.

Unfortunately, Mr. Dobbs, now on Fox Business, has recently said that the NAU is now dead. We urge you to contact him and his producers to help educate him on what is in the USMCA. Please send physical issues of The New American Magazine that have USMCA articles, as well as other tools that may be helpful. Contact him via social media to ask him to have a JBS representative on his show to discuss the USMCA and the NAU.

We would love the opportunity for Christian Gomez, who has extensively covered the USMCA for The New American, to get on Mr. Dobbs’ show to further discuss the dangers of the USMCA. The USMCA Action Project Page has many PDFs and links to PDFs for USMCA TNA reprints that could be sent via email or via social media. We have included below the contact information of Mr. Dobbs. With your help, we can pump up the pressure and expose the USMCA as the globalist tool that it is.

Analysis Behind the News 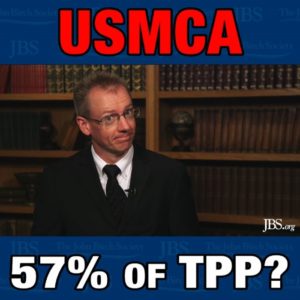 If President Trump described the TransPacific Partnership as the worst trade deal in history, then why is 57 percent of his renegotiated NAFTA agreement copied from the TPP?

We’ll discuss this factoid in this episode of Analysis Behind the News.