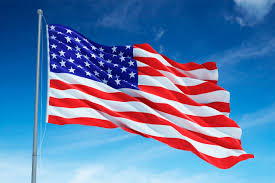 We are giving President Trump the benefit of the doubt that he really does not understand what is in the United States-Mexico-Canada Agreement (USMCA) and is being fooled by US Trade Representative Robert Lighthizer (longtime member of the Council on Foreign Relations) as to its contents.

Why? — because it flies in the face of everything Trump says he stands for. “Americanism not globalism will be our credo,” is what he ran on in 2016. We hope we are not being naïve with this assessment, because quite frankly, it is dangerous to trust anyone in office.

Honestly, the USMCA is the worst international agreement we will have entered into since the United Nations and the NATO Treaty. If it goes into full effect, we will have lost the sovereignty and independence of our country, and for all practical purposes, our Constitution.

We have documented these facts in intricate detail in our publications and videos; we do not need to elaborate on the dangers to you any further.

What we have to elaborate on is the need to enhance our reach with the message of the danger of the USMCA to as many Americans as possible, especially opinion molders and activists.

We have, with the help of many of you, already mailed out reprints to select lists and have retained the services of a firm that has greatly enhanced our reach online.

As some of you may be aware, there has been a systematic attack against our web use for some time and we have suffered as a result of it. However, recently, we have greatly enhanced our reach both with our videos and the net return of people coming to JBS.org and reaching out to us.

The services we newly retained have enhanced our reach dramatically into figures heretofore not available to us. This service has people who know how to “beat the system” if you will and get around the censorship and blocks that have been occurring across the Internet to stop the conservative and constitutional message from being noticed — to reach millions.

Having said this, we need to continue doing this and even expand it as much as possible, as soon as possible, if we stand a chance of stopping the ratification of the USMCA.

Donate to help us reach more!

As we have traveled around the country exposing the problem, the reception of our message has been good and the shock of what is hidden behind the surface view of the USMCA has been noticeable. This is the sort of reaction that we need to increase by putting even more resources into the fight.

JBS Founder Mr. Robert Welch understood the remedy to most of our problems that stemmed from the ignorance of the American people, and the only way to solve our problems was by a concerted education and action program.

Two men who were Founders of our country said it well:

I know of no safe depository of the ultimate powers of society, but the people themselves: and if we think them not enlightened enough to exercise their control with a wholesome discretion, the remedy is … to inform their discretion by education. This is the true corrective of abuses of constitutional power. – Thomas Jefferson to William C. Jarvis

A popular Government, without popular information or the means of acquiring it, is but a Prologue to a Farce or a Tragedy; or perhaps both. Knowledge will forever govern ignorance; And a people who mean to be their own Governors, must arm themselves with the power which knowledge gives. – James Madison to W. T. Barry (Emphasis added.)

The statement by Madison gets to the heart of the situation we have today and why we emphasized the portion of the quote that we have: the means of acquiring it. The mass media as well as most news and information sources used by the people are simply inadequate to say the least. Controlled, if the truth be known.

As Mr. Welch knew, to properly educate the American people, it falls upon us to do so. After a time, others will join in as they always have done once the truth is broadcast far and wide enough. The caveat is having enough time for our message to permeate out amongst enough people to make a difference.

We were the point of the spear that stopped the North American Union in its tracks nearly a decade ago. But the Conspiracy never gives up and this time they are trying the same tactic again with the USMCA.

Once we expose what is really in the USMCA, more and more people will come on board to oppose it simply because they cannot deny what the agreement says. Pressure will mount and once the pressure is great enough, the Conspiracy will find a way to back off — to come back later with another scheme — and we will need to beat them again.

They are already laying the groundwork for this by wanting tariffs to be eliminated. They can use this as an excuse to back off if Trump refuses to eliminate tariffs. The elimination of tariffs would be a huge turn around and concession for Trump. Tariffs are what have stimulated the domestic metals industry in the last three years and eliminating tariffs would go against his voter base in the Rust Belt. Many companies have put a great deal on the line with large investments, opening old plants and building new ones as a result of the tariffs. We shall see.

Another tactic they may use is to simply consolidate their “liberal new order” rather than go too far and see support for their New World Order completely collapse. Recent articles appearing in the Council on Foreign Relations’ magazine Foreign Affairs offers this as a remedy to the rising nationalism here and around the world. In other words, shore up what they have already accomplished until they can move forward again.

We cannot overstate the fact that we are talking about the future, the very existence of the United States.

We need to stop the USMCA at the same time that we sustain the operations of The John Birch Society. We have to do both.

You will note that this financial appeal is the shortest we have sent to our membership in many years. We simply do not need to say any more than to ask for your help at this time to help us stop the USMCA.

Often, we make a suggestion as to what we would like to see in a donation. This time, we are simply asking for what you can do within your conscience. We do have, as always, a bonus for certain levels of gifting and ask for your deep consideration. We thank you in advance.

P.S. For your most generous donation to help us stop the USMCA, those donating $200 and up will receive our newest unreleased DVD, In the Shadows of the Deep State: Destroying Our Sovereignty.

Those donating $1,000 and up will get a newly updated publication of Tangents that we have made into a booklet.

Anyone donating $2,500 and up will receive a 4-DVD set of our Myths vs. Facts production that initially aired on Facebook. Containing 40 episodes, we take the viewer through my book, To the Victor Go the Myths & Monuments.