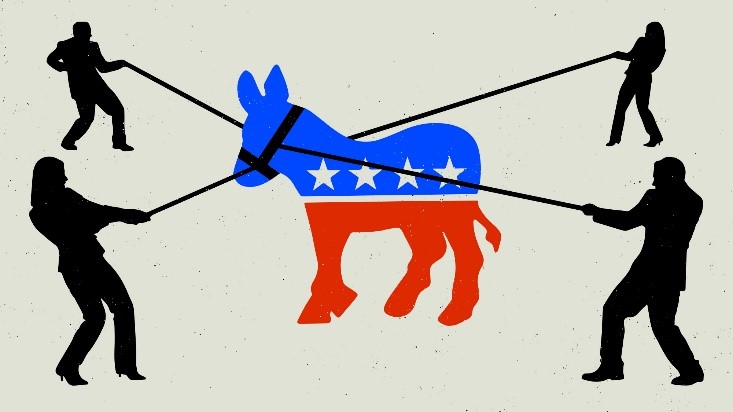 Recent liberal leaders are talented at creating great sounding names for organizations, programs and acronyms that are deceitful to their real hidden agendas such as Common Core, TARP (Troubled Asset Relief Program), Planned Parenthood, ACA (Affordable Care Act), Agenda 21, ACORN (Association of Community Organizations for Reform), No Child Left Behind, AGW(Anthropogenic Global Warming), the Covid Relief Plan, the newest THRIVE and the list seems to go into infinity… all to help us, right?

Then there is the real dictionary definition from Merriam‑Webster: Definition of progressive for Students. 1: of, relating to, or showing advancement <a progressive city> 2: taking place gradually or step by step <a progressive disease> 3: favoring gradual political change and ‘social’ improvement by action of the government. 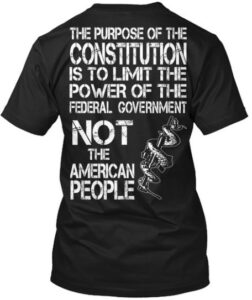 As Joe Wolverton, II, J.D. stated in his article ‘Constitution: Outdated and Overstretched: “The Constitution is a contract among the states creating an organization empowered with specifically enumerated powers. As James Madison explained in The Federalist, No. 45, ‘The powers delegated by the proposed Constitution to the federal government, are few and defined. Those which are to remain in the State governments are numerous and indefinite.’”

In the minds of the minions led by the Council on Foreign Relations (CFR) and the great educational institutions’ leaders and sorry socialist professors the word progressive is like a gift from the god they don’t believe in. ‘Liberal’ was too telling and worn out, needing refreshing.

Don’t make the mistake of associating the word progressive exclusively with liberal democrats, since it can also be linked to liberal republican, RINO’s (republicans in name only) and neo-con’s (neo-conservatives).

THE TRUTH ABOUT PROGRESSIVES 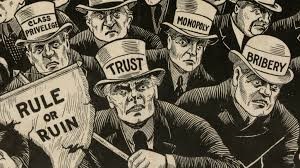 Progressives are really socialists who haven’t acknowledged the realities of the real world’s balance sheet or are stubbornly clinging to their deceivers’ influences, probably in most cases, because they are simply too busy earning a living and coping with life to vet those influences and learn about the Constitution and a thing called reality. ‘Nothing for nothing,’ ‘Nothing spends like other peoples’ money,’ and ‘You can’t suck blood from a rock’ all come to mind. The insanity of liberals is that they don’t have a clue about the benefits of our Constitution and what America’s freedoms are really about… or…they do, and are corrupt.

PROGRESSIVES ARE EITHER DELUDED OR THE DELUDERS

It’s incredibly hard to believe that anyone would claim to be a socialist today when there is so much proof that no socialist government in history has ever been successful. A government, like a business and a household has to live on a budget. Reckoning is impatient and inevitable. Free lunches received are paid for by someone directly or indirectly by their taxes. Check out Chile, Venezuela and other suffering countries that could be added to the list of socialist forays’ demise such as in Cuba and the former USSR. Yet, these very Sol Alinsky types like Hillary, Bernie, our former poker faced President from Kenya and his current White House ‘puppet in chief’ will look us straight in the eye and tell us about free anything on the way to free everything to massage and appease us promising panacea while at the same time taking apart our moral code and religious foundations. Throw in the complicit sorry big media propagandists to support them and the wacko socialist professors in the universities, as well as the 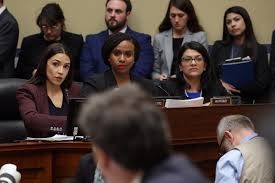 bedrock eroding education from Common Core, and you have the underpinning for legitimacy they need with which they can ignore the effects of reality until it eventually catches up with them and they adroitly blame others. Socialists’ end motive is total control taking us to an OWG (One World Government) run by unaccountable, unelected, powerful globalists who know what’s best for everyone about everything.

CAPITALISM – WHERE FREEDOM AND SUCCESS THRIVES

Conversely, only in a totally free environment can true capitalism stretch its wings and develop the most prosperous climate in which businesses and people can grow. Strangulating regulations, taxes, subsidies, guarantees and corruption are what kill the free market and competitiveness necessitating business closures and layoffs. China, Mexico nor any other country are responsible for killing our free market competitiveness.. In a truly free market born of the absence of all the socialists’ killing overhead, we can compete in the world understanding that others need our business as much as we like their goods in proper negotiations with strong negotiators truly watching out for America. But corrupt and deceitfully developed free trade laws like the disastrous NAFTA (North American Free Trade Agreement) and the more recent USMCA (United States, Mexico, Canada Agreement) that’s even worse than NAFTA, are eliminating our abilities to negotiate. See:  here, here, here, here, here, here, here, here, here, & here

HOW PROGRESSIVES HAVE BEEN RUINING AMERICA

Answering the question “How could Progressives have been allowed to ruin America while what they have been doing is Un-Constitutional?” is adeptly explained by Kelly Gneiting in his article “The Federal Government’s Constitutional Powers Defined” Excerpts from this comprehensive treatise:

“….How can Congress make all these laws if they are unconstitutional?

“During the regime of Franklin D. Roosevelt (FDR), all three branches of the federal government abandoned the Constitution: FDR proposed “New Deal” programs; Congress passed them. At first, the Supreme Court ruled (generally 5 to 4) that these programs were unconstitutional as outside the legislative powers delegated to Congress. But when FDR threatened to “pack the court” by adding judges who would do his bidding, one judge flipped to the liberal/progressive side, and the Court started approving FDR’s programs (5 to 4).

“Since then, law schools don’t teach the Constitution. Instead, they teach decisions of the FDR-dominated Supreme Court which purport to explain why Congress has the power to regulate anything it pleases. The law schools thus produced generations of constitutionally illiterate lawyers and judges who have been wrongly taught that three clauses, the “general welfare” clause, the “interstate commerce” clause and the “necessary & proper” clause, permit Congress to do whatever it wants!”

WHAT WE MUST DO ABOUT THIS PROGRESSIVE/SOCIALIST AGENDA: THE AWAKENING & ACTION

We the PEOPLE unfortunately have been sorely missing, too busy with lives filled with personal indulgences such as new electronic mind controlling computers and smart phones and influenced by the deceitful sway of socialist controlled fake news big media and big tech. Then there are those  who care and know reality but are utterly overwhelmed by the gigantic socialist seige we suffer. 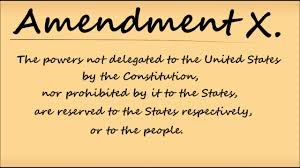 We must start paying attention to how our elected officials vote and who they are really representing. Check the money and who is endorsing them. Let our U.S. legislators know they are not going to their particular jobs to pass unlimited legislation and our state legislators know that they should immeidately begin nullifying existing federal overreach under the authority of the 10th Amendment.. The 10th Amendment states: “The powers not delegated to the United States by the Constitution, nor prohibited by it to the States, are reserved to the States respectively, or to the people.” 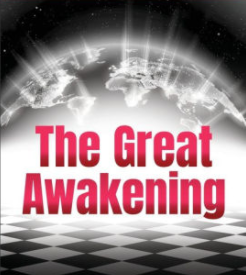 Our first step is our awakening. America is on course to not improve but will rapidly continue dissolving into submission into, at first, probably a regional government and then into a global government, again, I repeat, run by unaccountable, unelected, powerful globalists who know what’s best for everyone about everything. Gone will be our successful capitalist system, our freedoms, lawful justice system, property rights, viable health care system, secure borders and strong military. It will happen unless we get off the couch, get educated, work hard at informing others and get involved in the fight to stop it.  This greatest of national crises in our history has happened only because we have not been stewards of our responsiblities as citizens running our government but blindly trusting others who have been betraying thieir oaths of office and now even our court system, US Justice Department and even our U.S. Supreme Court are betraying their oaths.

Patriot Up: You know, like cowboy up!  In our voting booths, we must purge the guilty elected officials we have who do not follow their oaths of office and commit what I consider the most heinous of crimes, the violation of public trust. Then we must replace these establishment legislators, governors and presidents with American patriots who truly understand how a republic with our constitutional system of government should run. Then start downsizing government by the doable and necessary task of eliminating whole controlling agencies, bureaus, wastes and corruption to get America back in productive order and fighting shape. Culture shock would run rampant, but there is no other way of righting our ship. Band aids and can kicking exacerbates problems.

PRESCRIPTION FOR BRINGING AMERICA BACK 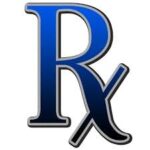 There’s a very simple way of identifying which elected representatives need replacing in our Idaho statehouse and in Congress in Washington. You study The Freedom Indexes for both bodies which show exactly how they vote with criteria in keeping with the Constitution and then cull them at the voting box. Here in Idaho The Freedom Index is published by IdahoFreedomIndex.com by ‘The Idaho Freedom Foundation.’

For the U.S. Congress see “The Freedom Index at thenewamerican.com a Congressional Scorecard Based on the U.S. Constitution” which rates congressmen based on their adherence to constitutional principles of limited government, fiscal responsibility, national sovereignty, and a traditional foreign policy of avoiding foreign entanglements. In this third and final 6 month index of the 116th Congress just completed on February 15th, here is how abysmally our congressmen and senators in Washington, D.C. voted with the Constitution: U.S. House 32% and U.S. Senate 30%. So there you see now why we are where we are.

Don’t count on a thing politicians say, only consider what you see and judge them on how they vote! 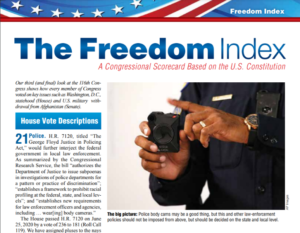 The terrible voting records revealed in the Freedom Indexes, are exactly the explanation for why we are rapidly becoming a socialistic society and our Republic is in danger of evolving into losing our national sovereignty and becoming first a member state of a regional government like a North American Union or Trans Pacific Union overseen by the corrupt UN, and then on to a world government run by unaccountable, unelected global power elitists who know what’s best for us about everything.

The most important part of this process is the prescreening of applicants for the primaries.  Not only should they be thoroughly vetted, but I feel strongly that prospective candidates should be tested on both state and national constitutions including the Bill of Rights with tests developed with about 50 to 100 questions each. I think there should be a number like about 4 different sets created to really challange candidates to study well, not knowing which set they will get.  Make it dam well as hard as a bar exam to pass.  After all their work is probably more important than most lawyers anyway.

America needs three things to upright ourselves: Awareness! Resolve! And action! – Patriot Up!

And join the John Birch Society to get educated so you can begin informing others.

Oh, and having spent over 30 years living in the southeast, an expression comes to mind: “Progressives can kiss my grits!”