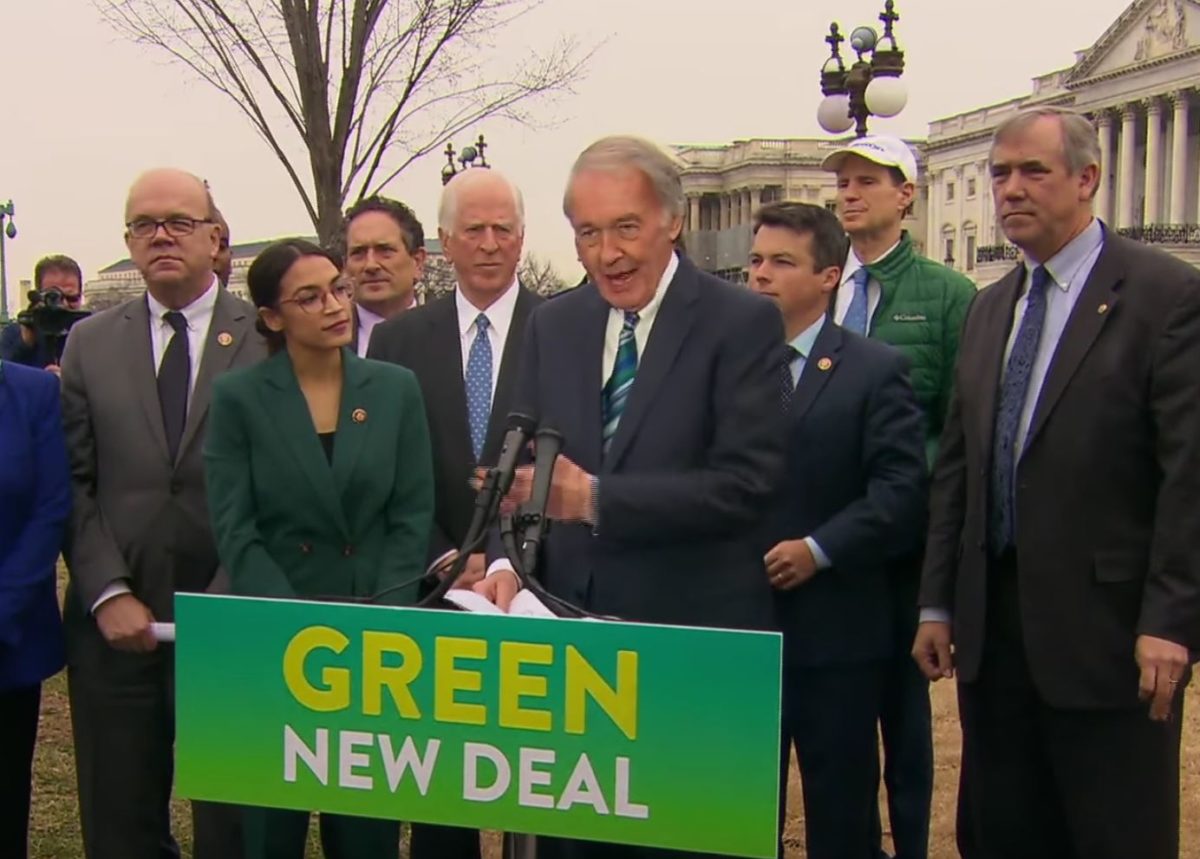 Progressive Democrats have unveiled their new legislative infrastructure proposal that contains many aspects of the Green New Deal, including funding for wind and solar, zero-emissions mandates, and climate justice programs. The total price tag is $10 trillion.

President Biden’s team had announced plans earlier for an infrastructure bill with a cost of $3-$4 trillion. Liberal representatives in the House do not think that goes far enough and have instead introduced their own bill.

As reported in Fox Business:

“The measure, known as the Transform, Heal and Renew by Investing in a Vibrant Economy (THRIVE) Act, aims to make a series of sweeping changes to the nation’s infrastructure and echoes many aspects of the Green New Deal, including establishing a goal of 100% zero-carbon electricity by 2035, zero emissions from new buildings by 2025 and expanding clean public transit options to most Americans by 2030.

“It also focuses heavily on racial inequality, directing at least 40% of federal government investments to communities that have been ‘excluded, oppressed and harmed by racist unjust practices,’ including communities of color and low-income neighborhoods.

“‘We are facing a series of intersecting crises: climate change, a public health pandemic, racial injustice and economic inequality,’ Sen. Ed Markey, D-Mass., said during a news conference. ‘We can’t defeat any of these crises alone. We must develop a roadmap for recovery that addresses them all.’”

Biden’s version of the infrastructure proposal will still contain many climate change initiatives, including his “Build Back Better” agenda of renewable energy investments as well as investments in drastically increasing the capacity of electric vehicles in the nation. Biden had previously said he wants to build 550,000 electric vehicle charging stations in the United States.

The details of Biden’s plan will be revealed as it is formally introduced in Congress.

To read the full story in Fox Business click here.