Because of all the voting fraud, orchestrated to illegally take down our beloved fighting President, he should smack down the criminal Democrats with a taste of real ‘deserved’ justice immediately. Federal laws are being violated en masse because nobody’s putting a stop to it. Newt Gingrich just stated on Hannity on Thursday night, “any precinct that we were not able to observe, strip those votes out, do not count them, because they are definitely by definition corrupt.” 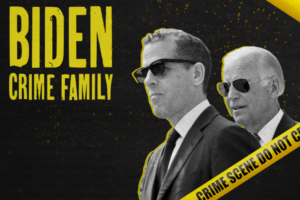 Trump should use his authority and arrest the treasonous vermin, Joe Biden with post haste!  So what, if Biden is a candidate or even just stole enough votes to get 270.  President Trump has been viciously attacked with constant allegations during his entire Presidency and proven innocent! Overwhelming actual evidence exists in emails, documents, audio and video recordings and witness testimonies that would convict Biden. Treason against the American people is the charge and we deserve and demand justice.

President Trump should start with sending in the Marshall Service, National Guard, Marines, whatever it takes to take control of these scheming, corrupt voting operations in all 6 criminal Democrat enclaves.  Arrest and prosecute wherever possible as Newt Gingrich advises.

Also, while Trump is kicking butt, he should send the same to collect all the un-redacted documents he’s requested and cuff and arrest anyone who tries to stop the efforts.  Of course, there will be hell raising over such, but what’s new?  He gets that for kissing babies and everything good he does  So he should make righting our ship count and hurt them to the bone.

At this point Trump shouldn’t listen to any trusted advisors. I suspect many of them are Deep State since they steered him wrong on such as the USMCA, which is, believe it or not, actually “still NAFTA, plus 10 – 20% more.”  Because he’s had so much on his plate, many of us understand that there’s a point where he’s had to seek help from advisors. And they have betrayed him. American patriots understand Trump’s not perfect and doesn’t know the Constitution as thoroughly as he and we’d  like him and ourselves to, but he has kept all his promises accomplishing more in his time in office than anyone before him.  Also, he has the best gut instincts and is the heavy weight champ in fighting for America over any living person in public life. Now, Trump has lots of prosecutorial ammunition, in factual evidence, and the resources to make successfully convicting the Bidens happen.

Feckless, ‘Sessions 2’, AG Barr, is obviously Deep State and must go immediately. He’s been for too long appeasing and doing busy work and allowing all the corrupt team members in the Mueller investigation and many more such as the Clintons and Obamas to slither away in the night with all their henchmen unscathed.  A favorite paperweight in my office says ‘Don’t Confuse Effort with Results!’  Where were Barr’s efforts?  I hear crickets.

Deep State, FBI Director Wray has finally been outed by our discovering that he has been for almost a year sitting on Hunter Biden’s computer hard drive evidence that can convict Biden, which finally proves that Wray is also dirty and must go. I haven’t a clue who should replace him. But go he must. Now! 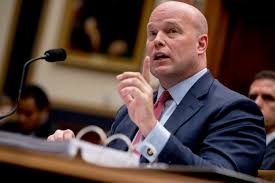 The very impressive former acting Attorney General Matt Whitaker is the perfect ‘make it happen’ replacement who’s not sewn at the hip to the Deep State, I believe. He should be told to charge full speed ahead and start prosecuting the entire blatant ‘Biden Crime Family’ immediately, while clearing the decks of Deep State lawyers at DOJ making room for new loyal Constitutional staff.

Criminals of these Democrats’ stature should not be given special consideration nor have their day of reckoning put off.  Simultaneously, the same prosecutions should be started for the Clintons, Obama, Comey, Strozk and many others that I have been describing as the ‘Teflon Democrats’ who have plenty of documented evidence and witnesses from which to convict.  The charge of TREASON is the name of the game.

The oaths taken to uphold our Constitution should be held sacred. I have always said that violation of the public’s trust is the most heinous of crimes. We need to be demanding our ‘Justice for All?’

There is so much Teflon to remove, it is sickening. Check out some of the Democrat elite’s unprosecuted abuses of our legal system:

There is much reported evidence on all of above (found in the attachments) but leading the list are the Clintons and Obama.  The ‘Teflon’ Clintons and Obama have much to answer for in a world of true justice.  Also see: Russian Collusion? Yep, But It Was Clinton/Obama, Not Trump.

So now,Joe Biden wants to transform America?  This would be an uncomprehendable nightmare and could probably tempt a civil war, because Americans love our freedom and will not tolerate Biden’s and Whoopty-do Kamala’s love for Socialism, destroying our economy by eliminating much that works and is good with pie in the sky nonsense such as the Green New Deal, eliminating fossil fuels, cars, planes, cattle, and particularly destroying jobs via off shore labor, opening our borders, much higher taxes and socialized medicine. 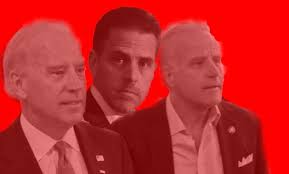 Chinagate involved the transfer of America’s most sensitive technology, including but not limited to nuclear missile and satellite technology, in exchange for millions of dollars in contributions to the 1996 Clinton-Gore re-election effort and the Democratic National Committee.  I believe Biden could actually overtake Bill Clinton’s level of treasonous selling out America given his family team’s record of vacuuming up MILLLON$ from numerous countries where Joe has made or was about to make contacts as just the Vice President.

Trump is ‘the man’ and this is his time to mete out deserved justice to treasonous Joe and family.

PLUS, Trump should stop Kamala Harris dead in the water by announcing that though she was born in the United States, because neither of her parents were American citizens, she is not qualified to be president under the Constitution! 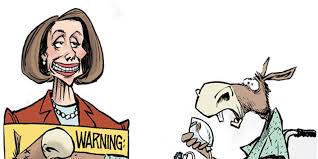 It just occured to me that should Joe survive a swearing in ceremony and then have to step down for at least cognitive reasons, and it would then come out that ‘Constitutionally,’ Kamala baby cannot serve, guess who would come out of the bull pen?  3rd in line?  Power monger extrodinaire, 80 year old, ready for Prime Time, Nancy P.

HERE WE GO! As America Waits on Nevada, Trump Takes Action Like the True Leader He is

Did Biden Win Wisconsin Because the Green Party Was Denied Ballot Access?

The Rise of the Administrative State

Trump Surveillance: Has the Deep State Finally Gone Too Far?

Firing Mueller would be disastrous; discrediting him is impeachment politics

Dossier author was in contact with Obama Justice Department

The FBI-Led Coup Against President Trump

Nunes Pushes Back Hard On House Dems: “Tell So Many Lies You Can’t Keep Track Of Them”

How liberal Democrats use lies to get what they want

Dreamers to Democrats: We’re tired of your lies

The BIG Black Lie: How I Learned The Truth About The Democrat Party

Democrats melt down over Nunes memo and enter the Upside Down

A Mission to Undermine & Take Down Trump

Democrats Should Be Ashamed and Eject their Leader

President Trump, Release the Docs, Cuff Them All and Lock Her Up!

USMCA Exposed: Towards a North American Union –  A Must See 10 min. video – By Christian Gomez