Voter fraud the ONLY issue in 2020 election 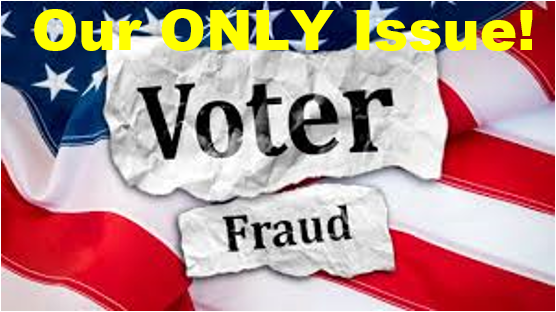 Voter fraud the ONLY issue in 2020 election

No, it’s not “the economy, stupid.” In spite of the bipolar stock market since the China virus hit the world last March, our remarkably resilient economy––thanks to President Trump––is now on the ascent, with employment rates growing once again and consumer confidence increasingly robust.

And no, it’s not domestic policy, where, among his unprecedented accomplishments:

And no, it’s not foreign policy, in which President Trump is succeeding in:

NONE OF THE ABOVE

Why? Because Democrats simply don’t care about policies that benefit America and Americans.

The only thing Democrats have cared about for the past hundred years is winning elections at any cost, the better to inflict their strangulating socialist/communist and now Islamist style of government on the American people.

And in the past four years in particular, all they’ve been maniacally obsessed with is deposing or impeaching President Trump, or insuring that he is not reelected, even if the perpetual sore losers of the left have to buy the guns they say they hate in order to wage a Civil War!

Why? Because the business mogul and non-politician Citizen Trump won the last election by exposing:

As I often and regretfully state because of space limitations, the above is the short list.

METHOD TO THEIR MADNESS

Dozens of books have spelled out in scandalous detail how Democrats have stolen elections over the past many decades by enlisting the votes of illegal aliens, absentee voters who simply don’t exist, and of course dead voters.

Among the most riveting are: 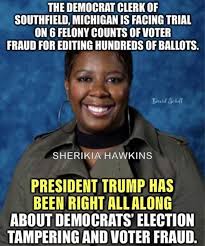 Then there is Ballot Harvesting, a scheme exclusively used by Democrats to, ahem, win elections. How does it work? According to CA political commentator Stephan Frank, someone––campaign worker, minor, illegal, etc.––goes door to door to “help” people fill out ballots that strangely favor Democrats, and refuses to collect ballots from anyone they suspect of voting the “wrong” way. They even pay them to vote the “right way.”

Intimidation is common and nothing stops them from altering ballots or throwing out ballots for the undesired candidate.

According to the National Conference of State Legislatures, currently 26 states allow this fraudulence, a practice being aggressively and successfully challenged by Tom Fitton of electionintegrity@judicialwatch.org.

Not to omit the now-defunct ACORN (Association of Community Organizations for Reform Now)—a massive group of over 500,000 members which operated nationwide since 1970, registering voters and helping people sign up for government-financed programs.

ACORN was exposed for its criminal activities in 2009 by James O’Keefe, founder of The Veritas Project, resulting in multiple convictions for massive voter fraud in several states, and it closed its doors in 2010, although it is believed that splinter groups formed and are active to this day.

LET ME COUNT THE WAYS

The following is a tiny sampling of the vote-rigging methods used exclusively by Democrats:

In PA, MI, MN, and WI, Democrat activists dressed in black robes have fundamentally rewritten state election laws. Among them are: 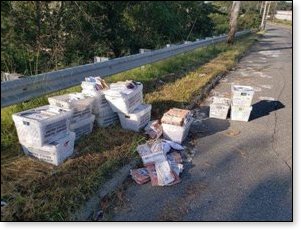 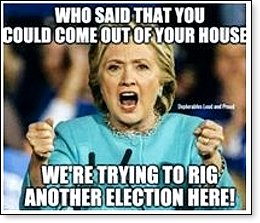 Not satisfied to leave voter fraud in the hands of paid lackeys, ACORN splinter groups, or state governors, the new Masters of the Universe in Big Tech have let their fellow leftists know that they’re all in.

According to a Google whistleblower in Allum Bokhari’s new book, #DELETED: Big Tech’s Battle to Erase the Trump Movement and Steal the Election, “When voters find out what Big Tech companies have done to meddle in the coming election, they’ll be rightly furious” at the attempts of Google, Facebook, Twitter, and other tech companies to sway the coming election in Biden’s favor.

“There is even a one-hour recording of Google’s co-founders and executives lamenting Trump’s election and vowing not to let it happen again,” according to Bokhari.

Democrats Sen. Charles Schumer and Rep. Nancy Pelosi are closely aligned with groups like Majority Forward (created in 2015) that are funneling millions in secret cash into the 2020 elections, according to FreeBeacon.com. While Democrats “have long railed against dark money in politics, they now outpace Republicans in its usage.”

Linda Goudsmit, author of The Book of Humanitarian Hoaxes: Killing America with ‘Kindness,’ sees the upcoming election as another “sinister leftist, Islamist, globalist attack on America.” We are only weeks away from the election,” she said, and “the enemies of America are desperate and behaving like cornered animals poised for attack. Their survival is at stake because if POTUS is reelected, he will take down the Deep State and expose them all. They know it and Trump knows it.”

Goudsmit’s point is really the crux of the Democrats’ desperation these past four years. With a Trump victory, you can be sure that over the next few months, both Attorney General Bill Barr and U.S. Attorney John Durham will be handing out indictments to the many criminals from Barack Obama’s Federal Bureau of Investigation, Department of Justice, Central Intelligence Agency, Homeland Security, State Department, and every other department of our government, including the Military, in which Obama implanted his hate-America agents to commit either sedition or treason in the name of actualizing a genuine coup d’état against both a sitting president and America the Beautiful itself

It must be incomprehensible to them––they with all their prestigious college degrees, high IQs, impeccable credentials, fancy job titles, and positions in the highest reaches of the American government––that every ploy they used in the past, every arch machination, every exquisitely formulated plan of action…all resulted in four years of crashing failures. 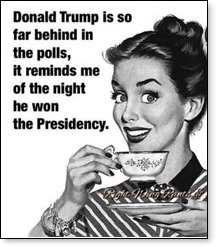 Notwithstanding the fake polls showing the president’s faltering opponent ahead, it is clear that the internal polls of the president’s enemies tell them that he will win a second term handily, in fact in the proverbial landslide.

But now, quite suddenly and quite chillingly, President Trump has been in the hospital fighting Covid-19. Is this the Deep State’s last malevolent attempt to prevent his reelection…and to save themselves from Leavenworth? Sounds about right to me. I only hope the president has several private armed guards and a food taster!

The views expressed by RenewAmerica columnists are their own and do not necessarily reflect the position of RenewAmerica or its affiliates.