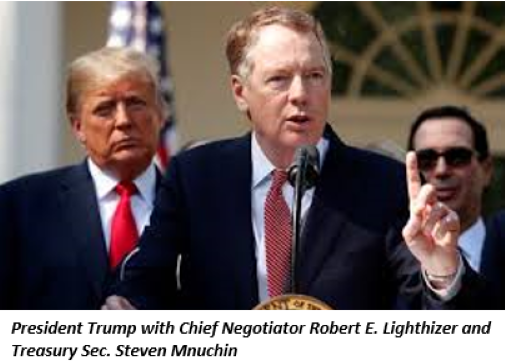 If you really believe in President Trump after reading this, you will realize he can’t possibly know all that is in the United States, Mexico and Canada Free Trade Agreement (USMCA).  Unfortunately he is believing trusted advisors that are lying to him.  As pro America as President Trump is, he should be raising absolute hell about the facts involved in this ginned up nefarious scheme by the deep state to hasten the demise of America’s sovereignty.

We keep hearing from our duped elected representatives and senators that there is good stuff in it for their special interests, i.e. dairy farmers, cattle ranchers, corn, wheat, soy bean and other crop farmers, etc.  The bullet-pointed propaganda they are getting from well financed lobbyists are pearls used as bait to reel them and America in for control by others.  They are not doing their due diligence if they don’t vet it themselves and vote against it.  If they don’t, there should be hell to pay come the next election, should there still be one.

We need one good American patriot who has President Trump’s ear to open his eyes to the truth about the USMCA before it’s too late.

Most Americans are oblivious to the fact that we are so close to dissolving away as a sovereign nation.  If you haven’t recognized it yet, we are under a full court press by the indoctrination of our youth, attack on our freedoms of speech, property rights, voting rights, religion, national borders, historical monuments and much more into ad nauseum.

IT IS VITAL THAT YOU TAKE THE TIME TO READ THIS, THEN VET IT AND TELL OTHERS FOR THE SAKE OF OUR CHILDREN’S FUTURE!

(Italics are my comments- RL)