According to the lawsuit – filed by conservative activist Dr. Steven Hotze and several others – two investigators accuse Dallas Jones and several prominent Democrat officeholders of organizing the scheme.

Jones was named Joe Biden’s political director in Texas in late August. The stories about the scheme appeared in media earlier in September.

The original lawsuit filed by the Harris County Republican Party was aimed at stopping universal ballots. They’ve added the allegations of a massive ballot harvesting scheme to the lawsuit.

The political consultant named in one of the affidavits, Dallas Jones, “has notably been hired by Joe Biden’s presidential campaign as the Texas political director.”

Texas Scorecard notes that Marler stated in one affidavit, “Witnesses have shown me and described to me how the ballot harvesters take absentee ballots from the elderly in nursing homes, from the homeless, and from unsuspecting residences’ mailboxes. The ballot harvesters then complete the ballots for their preferred candidate and forge the signature of the ‘voter.’”

“Two witnesses stated to me that there are two individuals employed at the Harris County Clerk’s Office who are aware of the illegal ballots and help facilitate and mask the processing of the ballots into the legal stream of ballots.”

He has videotaped interviews with the direct witnesses.

The lawsuit states that one witness claims an employee of Commission[er] Ellis, Tyler James, has bragged that he could guarantee that the illegal ballot harvesting operation, with the help of mass mail-in ballots, could harvest 700,000 illegal ballots.”

“Several interviews of individuals were conducted. After the interviews became public, former Harris County Clerk Diane Trautman resigned, alleging health concerns due to COVID-19. However, witnesses have told me that Ms. Trautman was arguing with Commission[er] Rodney Ellis about the legality of mass purchasing and mailing of mail-in ballots and that Trautman was concerned she would be included in the eventual arrest pertaining to illegal ballot harvesting. Instead of coming forward and exposing the scheme, Ms. Trautman abruptly resigned.

Witnesses have stated that Commissioner Ellis continued to move forward with the plan to mass mail ballots and expand the illegal ballot harvesting scam.

Another affidavit was submitted by Mark Aguirre, a retired captain with the Houston Police Department, who mentioned Ellis, Miles, Womack, and Jones.

Aguirre alleged: “I have in my possession videotaped interviews of witnesses attesting to the aforementioned people having groups of people completing thousands of absentee and mail-in ballots, including completing ballots for deceased individuals; illegally going into nursing homes, with the complicity of the nursing home staff, and filling out and forging the signatures of nursing home residents; signing up homeless individuals to vote using the ballot harvester’s address then completing the ballot and forging the homeless individual’s signature. This entire operation is being run by the elite politicians of the Democrat Party in Houston/Harris County.”

There is a deep concern that this is going on in every state. In 2018, it turned Orange County deep blue despite the fact that it is a red county.

A lot of people have heard about the alleged ballot harvesting scheme by Rep. Ilhan Omar’s operatives in her Minnesota district and unwrapped by Project Veritas. President Donald Trump called for a probe by the Attorney General and Minneapolis police are investigating.

There is so much corruption at the top in the Minneapolis government, it’s most likely this will be swept under some carpet somewhere. 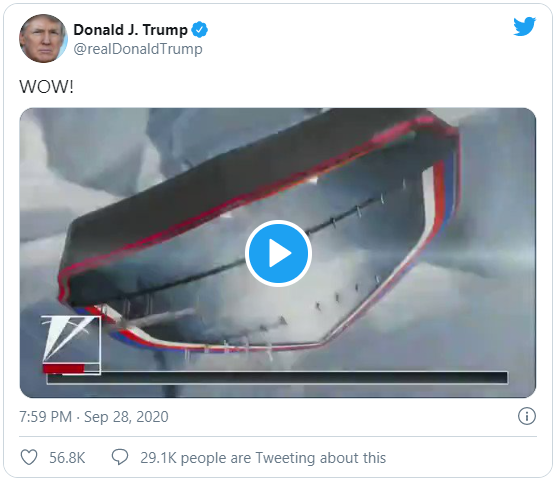 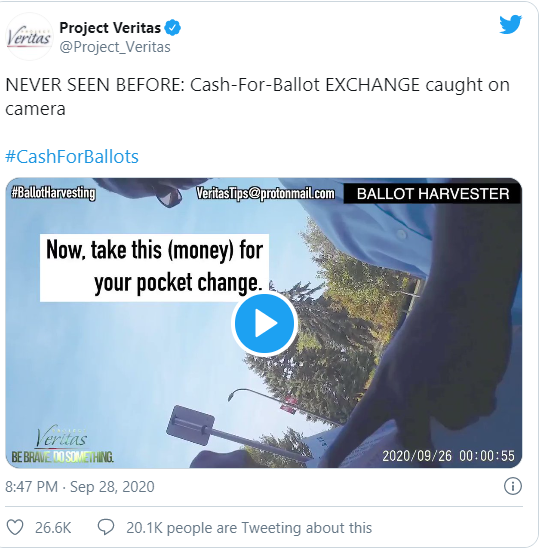