2009, A Refresher Course On Sheriff Joe Biden And The Stimulus Fraud

2009, A Refresher Course On Sheriff Joe Biden And The Stimulus Fraud

President Barack Obama announced Vice President Joe Biden will oversee the Administration’s implementation of the Recovery Act’s provisions and the appointment of Earl Devaney as Chair of the Recovery Act Transparency and Accountability Board in a meeting with the Nation’s Governors this morning. The Vice President will meet regularly with key members of the Cabinet, Governors, and Mayors to make sure their efforts are speedy and effective. He will also make regular, public reports to the President on implementation and those will be posted on Recovery.gov. The Chair of the Transparency and Accountability Board Earl Devaney will report to the Vice President.

“Beginning this week, Vice President Biden will meet regularly with key members of my cabinet to make sure our efforts are not just swift, but efficient and effective. He’ll also work closely with our nation’s Governors, and our Mayors, and everyone else involved in this effort, to keep things on track. The fact that I am asking the Vice President to personally lead this effort shows how important it is for our country and our future to get this right, and I thank him for his willingness to take on this critical task,” President Obama told a group of Governors this morning. “I am also proud to announce the appointment of Earl Devaney as Chair of the Recovery Act Transparency and Accountability Board. For nearly a decade as Inspector General at the Interior Department, Earl has doggedly pursued waste, fraud, and mismanagement, and Joe and I can’t think of a more tenacious and efficient guardian of the hard-earned tax dollars the American people have entrusted us to wisely invest.”

Last week, the Treasury Department inspector general found that the tax police have failed to prevent fraud in the stimulus law’s energy tax credit program. Some $6 billion in stimulus energy credits for homeowners have been claimed — but the inspector general’s audit found that 30 percent of credit-claimers had no record of homeownership. The recipients included prisoners and minors. “I am troubled by the IRS’s continued failure to develop appropriate verification methods for distributing Recovery Act credits,” the Treasury Inspector watchdog said.  Moreover, when the IRS wasn’t falling down on its job policing outside fraud, its own workers were committing their own stimulus fraud — by cheating the system and claiming a first-time homebuyer tax credit included in the 2008 and 2009 economic stimulus packages. At least 128 IRS employees claimed the credit, according to a recent Treasury Department audit, yet weren’t first-time buyers or violated other basic eligibility criteria.

Moreover, the stimulus package has also “redistributed wealth to prison inmates, flaky researchers, social justice boondoggles, infrastructure to nowhere, foreign companies, dead people and ghost congressional districts — not to mention $20 million in chump change to pay for campaign-style stimulus-hyping road signs across the country emblazoned with the shovel-ready logo.” Only a small fraction of the stimulus package went to infrastructure spending, and maintenance-of-effort provisions elsewhere in the stimulus package required states to maintain or increase welfare spending, resulting in cash-strapped states cutting back their own spending on useful things like transportation. As a result, Investor’s Business Daily noted, economists “found that despite the influx of all that federal money, highway construction jobs actually plunged by nearly 70,000 between 2008 and 2010.” The $800 billion stimulus package was purged of most investments in roads and bridges, and filled instead with welfare and social spending, out of political correctness, after feminist leaders complained that building and repairing roads and bridges would put unemployed blue-collar men to work, rather than women. “A recent Associated Press story reports: ‘Stimulus Funds Go to Social Programs Over ‘Shovel-ready’ Projects.’ A team of six AP reporters who have been tracking the funds finds that the $300 billion sent to the states is being used mainly for health care, education, unemployment benefits, food stamps, and other social services.” Or, as another AP report put it, “Stimulus Aid Favors Welfare, Not Work, Programs.” Two economics professors recently estimated that the stimulus had actually wiped out 550,000 jobs. The stimulus package also repealed welfare reform, as Slate’s Mickey Kaus and the Heritage Foundation have noted. Obama ran campaign ads claiming to support welfare reform, even though he had actually fought against meaningful welfare reform as an Illinois legislator. This claim was as dishonest as his claim that he would enact a “net spending cut” (which he flouted as soon as he took office) and that America would undergo an “irreversible decline” if the stimulus package wasn’t enacted (when even the CBO admitted that the stimulus will actually shrink the economy over the long run).

According to Investor’s Business Daily this week, a new analysis by Ohio State University economics professor Bill Dupor reported that “(m)ore than three-quarters of the jobs created or saved by President Obama’s economic stimulus in the first year were in government.”

Dupor and another colleague had earlier concluded that the Porkulus was a predictable jobs-killer that crowded out non-government jobs with make-work public jobs and programs. Indeed, the massive wealth redistribution scheme “destroyed/forestalled roughly one million private sector jobs” by siphoning tax dollars “to offset state revenue shortfalls and Medicaid increases rather than boost private sector employment.”

Will this Keynesian wreckage come up during Thursday night’s vice presidential debate? It should be a centerpiece of domestic policy discussion. Nowhere is the gulf between Obama/Biden rhetoric and reality on jobs wider.

Remember: Obama’s Ivy League eggheads behind the stimulus promised that “(m)ore than 90 percent of the jobs created are likely to be in the private sector.” These are the same feckless economic advisers who infamously vowed that the stimulus would keep unemployment below 8 percent — and that unemployment would drop below 6 percent some time this year.

Sheriff Joe rebuked the “naysayers” who decried the behemoth stimulus program’s waste, fraud, and abuse. “You know what? They were wrong,” he crowed.

But Biden was radio silent about the nearly 4,000 stimulus recipients who received $24 billion in Recovery Act funds — while owing more than $750 million in unpaid corporate, payroll, and other taxes. (Cash for Tax Cheats, anyone?)

He had nothing to say about the $6 billion in stimulus energy credits for homeowners that went to nearly a third of credit-claimers who had no record of homeownership, including minors and prisoners.

And the $530 million dumped into the profligate Detroit public schools for laptops and other computer equipment that have had little if any, measurable academic benefits. 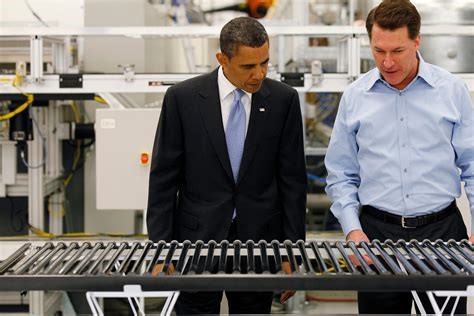 And the $1 million in stimulus cash that went to Big Bird and Sesame Street “to promote healthy eating,” which created a theoretical “1.47” jobs. (As Sean Higgins of The Examiner noted, “(T)hat comes out to about $726,000 per job created.”)

Of course, there’s no example of unfettered stimulus squandering more fitting than the one named after Keystone Fiscal Kop Joe Biden himself. Government-funded Amtrak’s Wilmington, Del., station raked in $20 million in “recovery” money after heavy personal lobbying by the state’s most prominent customer and cheerleader. In return, the station (which came in $6 million over budget, according to The Washington Times) renamed its facility after Biden.

Bloated costs. Crony political narcissism. Glaring conflicts of interest. Monumental waste. This is the Obama/Biden stimulus legacy bequeathed to our children and their grandchildren. Sheriff Joe and his plundering boss need to be run out of town on a rail.