The Importance of Fossil Fuels 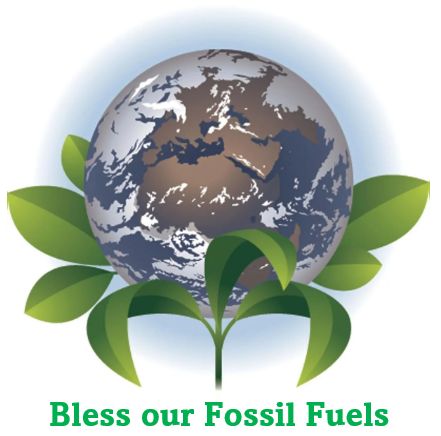 The Importance of Fossil Fuels

There has been a lot of talk lately about penalizing fossil fuel companies because of climate change or global warming.  Democrats, especially, do not seem to understand at all some basic facts about energy.

Here are a few things to consider:

1. No one has ever proven that increasing carbon dioxide will endanger life on the earth.

2. All plants need carbon dioxide to survive.  The more carbon dioxide there is the better they grow.  The level of carbon dioxide now at 420 parts per million is at the low end.  Plants really need more than that, but a lot is locked up in limestone deposits, and in the ocean.

3. Fossil fuels are what made America the greatest nation on earth for over 200 years.

4. Electric cars were used in the 1890’s but were quickly abandoned in the 1900’s when gasoline cars became popular as they are much more practical.

6. Much of the weight of an electric car is the battery.  Batteries require much rare material.  It is going to be nearly impossible to produce enough material for all cars to be electric.

7. Much of these rare earth minerals are mined in foreign countries, and in some cases by children.

8. When batteries wear out they have to be replaced.  A new battery costs more than the car is worth, so used electric cars will have little cash value.

9. Wind turbines and solar panels eventually wear out and have to be removed.  It is nearly impossible to re-cycle these devices.

10. The elimination of fossil fuels, especially oil, would end life as we know it today.  This is a serious matter.  The operation of many steel mills uses fossil fuels.  Natural gas is the main source for producing fertilizer.  Oil is refined for gasoline, diesel, kerosene and other flammable products.  It is also the source material for all plastics.  So, the following products will no longer be available.

f. Many car bodies are made of plastic

i. No electrical wiring insulation

There are surely a few Democrats who understand basic science.  It is hard to believe that none of them are telling the politicians what they are trying to do will destroy America as we know it.

We need to wake up and realize that all this pressure against fossil fuels has nothing to do with climate change.  After all they have been predicting the end of the world in ten years for over 30 years, and life has just gone on as normal.

This has nothing to do with climate change, but it has a lot to do with control.  This is part of the leftist plans for global tyranny, to take control of every life on the planet.

We need to protect our republic and turn these insane people out of office.