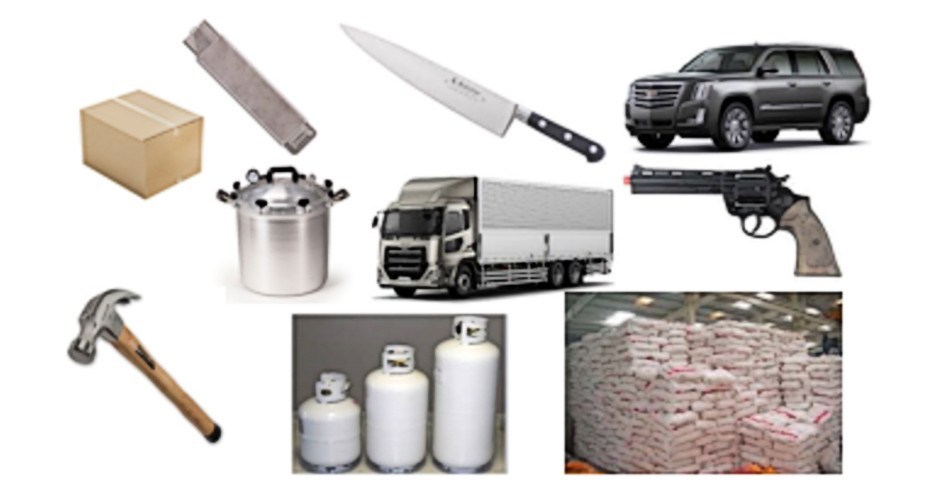 Editor’s note:  I decided to re-run this article that was written 3 years ago in the wake of the Uvalde, TX mass shooting creating political demands for controlling firearms by those on the left that are driven to take down our 2nd Amendment.

I can hear the Diamond and Silk girls saying with tongue in cheek, “Oh ya honey, then we’d be as safe as folks living in Chicago on a Friday night because they have the strongest gun laws in the country. That’s right.”

I also don’t hear anyone complaining about the fact that the Armed Firefighter Stopped the Gunman at Missouri Walmart or the Lone resource officer’s quick action stopped the Maryland school shooter within seconds. Imagine if they were gun free zones how much mayhem might have ensued. 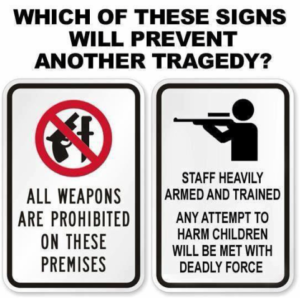 Objects are inanimate and static. They are tools, not problems.

Sick, and felonious people are society’s problems. When they want to destroy or kill they will use what they can get, be it box cutters, pressure cookers, knives, cars, trucks or whatever and in Chicago, Philadelphia and Washington, DC, for example, where there are some of the tightest gun control laws in the nation, the criminals and mentally ill among us who will do harm, still find guns in spite of the strict gun laws.

Our problem is not about the guns or any other of the aforementioned items that can be used to kill.  The problem is a sick person recognizing a suitable ‘soft environment’ where nobody can protect themselves or shoot back.  There will always be sick people and it will always be impossible to detect when anybody will go mentally wrong or those who have criminal intentions.  Red Flag laws are not a fix or even a band-aid because we can never predict all occurrences.

Red Flag (red herring) laws are the left’s/socialist’s/globalist’s opening salvo to gun confiscation and would spawn ‘perceptive’ accusations by most anyone with an agenda or dislike for gun owners rendering them hapless victims who lose all their guns without even a trial or being compensated.  Red Flag laws are a very desirous tool the left wants badly. 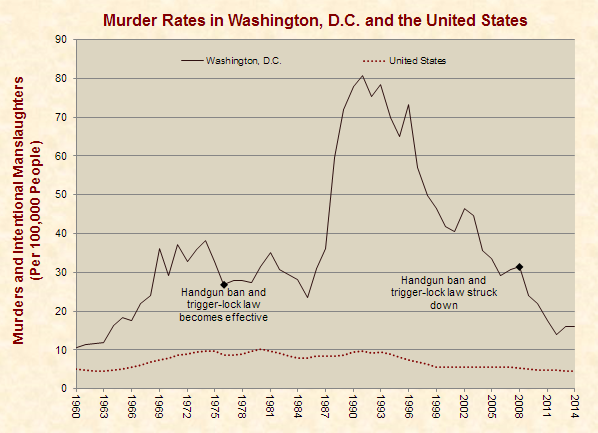 Bad guys will always find a way to circumvent whatever gun laws are in place. And “to stop a bad guy with a gun,” as NRA head Wayne Lapierre says, “it takes a good guy with a gun.”

Killers have good reason to avoid places where people have guns. In dozens of cases, concealed-carry gun permit holders have stopped mass public shootings. In the Texas church shooting in 2017, the killer was killing the wounded when a man living near the church shot him.

Yet gun control advocates keep focusing on laws that won’t make any difference. None of the mass public shootings since at least 2000 would have been stopped by universal background checks.

Anti-gun politicians from Hillary Clinton to Obama have pointed to Australia’s gun laws as a model that we should closely examine. 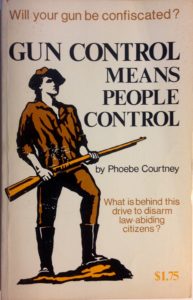 But looking at simple before-and-after averages of gun deaths in Australia regarding the gun buyback is extremely misleading. Firearm homicides and suicides were falling from the mid-1980s onwards, so you could pick out any subsequent year and the average firearm homicide and suicide rates after that year would be down compared to the average before it.

European countries such as Belgium, France, and the Netherlands have even stricter gun control laws than Australia does, but their mass public shooting rates are at least as high as those in the United States.

“During the Obama administration, the per capita casualty rate from shootings in the European Union was actually 27 percent higher than the U.S. rate.

Even excluding fights over sovereignty and including the recent attacks in Las Vegas, the Texas church shooting in November, and the Florida school massacre, the number of mass shootings in the rest of the world has been much worse than in the U.S. since at least as far back as 1970.” – Unquote, John R. Lott, Fox News

Again, guns are tools. Make no mistake about it, this gun control ruse is not really about our safety, it’s about facilitating the root leaders of the ‘movement,’ i.e. establishment, ‘deep state’ globalist, working with the WEF (World Economic Forum) to take what they really want: control.

Our beloved 2nd Amendment wasn’t bestowed on us for our hunting rights. It was included by our sage founders as an insurance policy on our God-given right to protect ourselves from myriad threats, including the potential besieging of American citizens by an out of control government that imposes tyranny on us. Can you say militia? Assault weapons are as vital to militias as they are standing armies.

The United States are just that, united states! Their government was intended to be run from bottom up not top down.

THE 2 BIG THINGS THAT HAVE HAPPENED TO US

A lot has gone wrong in the U.S. through the decades and it has been mostly as the result of two major occurrences. 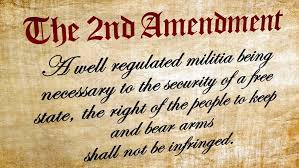 The 1st Occurrence:  Orchestration has gone on for decades by the ‘deep state’ establishment a.k.a.The Council on Foreign Relations using the political puppets of both parties to steer us toward a socialistic state preparing us for global governance as led by unelected, unaccountable power elites who know best about everything for everyone. Gone will be national sovereignty, individual freedoms, and property ownership. Establishing endless top-down controlling un-Constitutional departments, bureaus, agencies, programs, subsidies, foreign aid, welfare programs and such seemingly into almost infinity has brought us literally to the brink. If Hillary would have been elected we would be about over or already gone.

The 2nd Occurrence: Complacency of American citizens perhaps naively driven by largely positive and all too trusting attitudes that want to believe in truth, justice and the American way so much we expect our elected officials to go do what they poker face promised us they would do and that they would never break their oaths to our Constitution, which we hold sacred. We have been duped entirely too much for the last century, and in recent more complicated times, we’ve frankly become overwhelmed with so many diverse issues and distractions from new technology we’ve literally become pawns of these orchestrators and our Common Core schools, universities being dominated by big mouth, practically card-carrying socialist professors and the ‘fake news’ media that constantly propagandize us.

America is about the ‘united states,’ and not to be controlled by the federal govenment which we created with very few inumerated powers. We need an awakened citizenry to quit counting on others to save our rapidly disolving wonderful country to learn how to take it back.

Americans need educationg and energized to inform others about the necessity of getting us back to the Constitution by way of purging leaders that are not following it and replacing them with those that do. That is done by watching how they vote with the Constitution on the ‘Freedom Index’ on TheNewAmerican.com website and then voting as a wise patriot.

How to win back America:  See  A Time Like No Other – What We MUST Do!

Also, for more on guns, see: