The Right Resistance: Fight over debt ceiling tests Republican resolve in the age of senile Joe 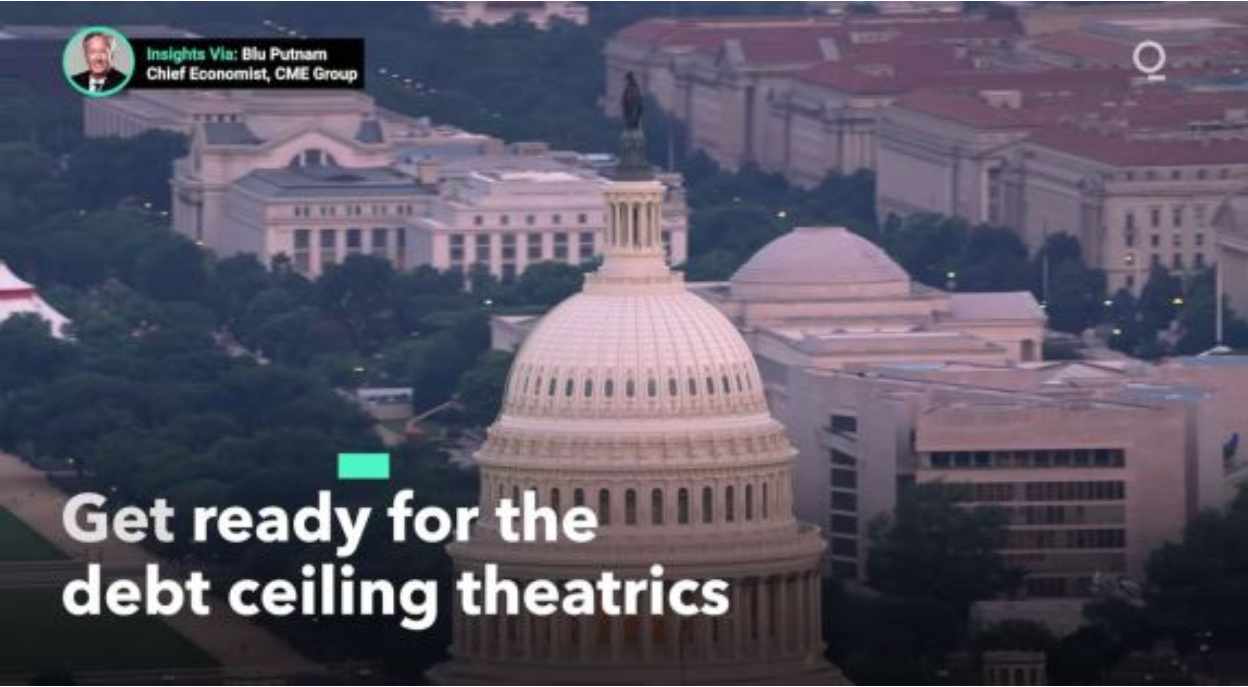 The Right Resistance: Fight over debt ceiling tests Republican resolve in the age of senile Joe

Don’t feel shame if you haven’t heard the term in a while. Followers of recent history may recall the back-and-forth battle over raising the federal government’s borrowing limit ten years ago during Barack Obama’s presidency, with Republicans pretending to really want to prevent an increase and Democrats relentlessly pursuing a virtually unlimited credit line. At the time, conservatives reasoned that Democrats should agree to spending reforms in exchange for an official go-ahead to borrow more — but it didn’t work out that way.

It’s one of the reasons why budget conscious folks still don’t trust Senate Minority Leader Mitch McConnell to use the leverage afforded to him by his office to cut the size of government. The “murder turtle” might look like a nerdy banker who walks around with tightened strings on his coin purse, but below the surface, McConnell’s a Washington swamp establishmentarian like all the rest when it comes to funding big government.

Oddly enough, with all the recent hubbub over President senile Joe Biden’s and Democrat congressional leaders’ addictive spending fantasies, the debt ceiling subject has resurfaced again (it runs out on July 31). The debate figures to be another semi-contentious back-and-forth in the 50-50 senate. Republicans are hinting that they won’t automatically increase the ceiling and Democrats are raising the roof over the infinitely remote possibility the United States could default on its debt (it would never happen).

It’s like a round-and-round dance without music. Try not to get dizzy. Naomi Jagoda, Jordain Carney and Sylvan Lane reported at The Hill:

“Republicans are digging in on the federal debt limit, warning Democrats that it will be up to them to avoid a default as President Biden pushes for trillions more in spending…

“The government will reach its spending limit on July 31, though the Treasury Department will be able to shuffle funds for an additional period to prevent the U.S. from breaking the ceiling. Actually doing so would cause a severe disruption to markets and the economy, as the U.S. government would be unable to meet demands from its creditors and pay its bills.

“The limit on how much debt the federal government can owe has been suspended for nearly two years thanks to a bipartisan deal struck under former President Trump. The Congressional Budget Office estimated Wednesday that the Treasury would most likely run out of cash in October or November, though that is just an estimate.”

Summing up the Republican and Democrat positions, the GOP is basically stating, “You’re not including us in your big budget resolution (that would pass with 50 Democrat votes plus VP Kamala’s tie-breaker) and we’re not gonna help you by providing you a blank check to spite us.” Democrats effectively replied, “Gimme the money you losers, we all agreed to it when that bad orange haired guy wanted the dough. You’re going to crash the world if you don’t! Not fair! Not fair!”

It’s all bluster, of course. The government wouldn’t default even if the “ceiling” is breached. The Secretary of the Treasury could simply designate which obligations would be paid first, prioritizing social security checks and military pay, of course (cough, cough). The debt limit controls borrowing but there’s still trillions’ worth flowing in from tax payments. But these are Democrat politicians we’re talking about, where it’s all-fright-all-the-time.

With this issue, like all the others, Democrats are exhibiting the same elitist grandstanding arrogance and ballsy nerve they always do. “Chucky” Schumer even said the money was to cover Trump’s debt. How does he sleep at night?

As always, Republicans have quite a bit of power here if they one, stick together and two, use the procedural tools at their disposal. If Democrats don’t have the borrowing power to fund all their boondoggle fantasies and special interest payoffs, maybe (but probably not) they’ll scale back their spending appetite. Their solution is never to cut outlays. Instead, liberals point to tax cuts and Republican priorities for debt issues. It’s like blaming a diet for making you hungry.

No one’s sure what will happen at the end of the month, but here’s predicting Republicans will cave on raising the debt limit without compelling Democrats to pass it on their own. The GOP establishment always talks big but doesn’t force the really hard choices, even if the “ceiling” is exceeded and time is ticking down. Democrats don’t care — at all — about shutting down the government to get what they want. They know McConnell will eventually give in due to political considerations. The media will always take the Democrats’ side.

The die is cast. Therefore, the real question here is whether someone like former President Trump could take the debt ceiling issue and boost his prospects for another run — and then really do something about debt if he got elected. Could Trump work his way back to political favor by adopting the debt fight?

Answering my own question… perhaps, but Trump probably wouldn’t do it, since his background and history suggests he’s more interested in building stuff than yanking the funding for it and pinching pennies. As a candidate and then president, at times Trump obliquely touched on the spending issue but never came out and said he was capping the budget or wouldn’t accept packages above a certain level, etc. I don’t recall him threatening a veto because of red numbers, put it that way.

It wasn’t all that long ago but it’s hard to remember now that Trump had Republican majorities in the House and Senate for his first two years. It there was any GOP impetus to cut spending and eliminate Democrat pet projects, such as Planned Parenthood, it would’ve been then — and his majorities could’ve agreed to it and passed the budget through the reconciliation process (like Democrats hope to use soon to push through their $3.5 trillion resolution).

Yoda would say it like this: A fiscal conservative Trump was not. This is true even when you factor in the former president’s expenditure of much political capital to pass his signature tax cuts at the end of 2017. Then there was Trump’s intense drive to cut regulations among the executive departments, another nugget that made budget watchers happy.

But it’s a sad reality in the United States today that spending and debt isn’t a “sexy” political issue for the parties to battle over. Very few — I was at a loss to think of a single example — have ever won a closely contested race by bragging about how little they intended to spend in the upcoming congressional session. Congressmen and senators infatuated with the sound of their own names don’t get amped up over freeway offramps and government buildings that aren’t named after them (because they don’t exist).

True, Trump bristled at the notion of naming the “big beautiful border wall” after himself, though it really wasn’t necessary since the media and his enemies already stamped his brand and likeness to the barrier, even if was fashioned with invisible ink that no one can see. And he was a steady proponent of appropriating billions (if not trillions) to upgrade traditional infrastructure. As a lover of eye-catching airports and the like, buildings and sharp looking cities functioned as a shiny object for the New Yorker. Tight money? Not so much.

But things have changed — a lot — since the days of the 2016 campaign when the outsider candidate didn’t address the subject with any degree of intensity. Democrats didn’t want to give Trump anything during his four years in the White House. They stonewalled his proposals to construct the southern border protection and turned a deaf ear to his overtures to do an infrastructure deal. Liberals probably figured it would make Trump appear capable, competent and legitimate to have roads and bridges that looked nice and functioned. He’d get too much credit.

But there’s a real opportunity here with this debt ceiling fight to highlight the desperate need to rein in the nation’s finances. Congressional Republicans might surprise us all by actually sticking to principles and forcing Democrats to own everything they do, including adding a big slice of fat to the already hopelessly bloated national debt.

The only mystery is whether the GOP has learned anything under Democrat tyranny. We’ll see.