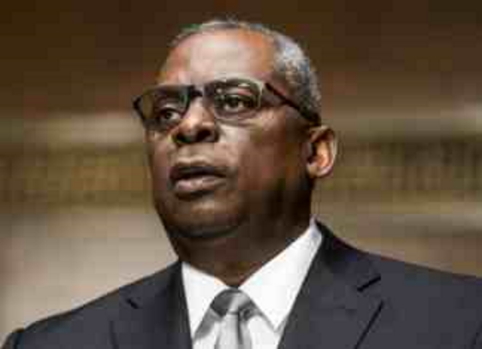 The divisive racism of Critical Race Theory (CRT) and the 1619 Project is destroying schools, government agencies, police training, and corporations, but nothing is so frightening as the influence on the military.

Secretary Lloyd Austin is a revolutionary bent on destroying the military as it stands and as the administration obviously has directed him to do.

CRT and 1619 claim the United States is built on racism, slavery, and white supremacy which is an incurable disease. It must be destroyed.

As Secretary of Defense, Austin has incorporated both theories into the Pentagon’s military training programs under the guise of anti-racism, diversity, equity, and inclusion.

At the same time, he has ordered the purging of the military of extremists who appear to be political opponents, nothing more. They are the people who reject CRT and the 1619 fake history.

The obvious consequence of dividing our military by race, gender, and fake history is clear. They are portraying some of the military men and women as oppressors and the rest as victims. It is a direct threat to unit cohesion and morale, without which there is no military.

How many people will fight for a country they hate?

On April 9, 2021, Austin issued a memo announcing the establishment of the Countering Extremism Working Group (CEWG) to being the witch hunt of people who disagree with them.

His senior advisor is a black American named Bishop Garrison who has only contempt for Donald Trump and every one of his supporters. He seems insane actually or at least obsessed with hate.

Garrison wrote, “Support for him [Trump], a racist, is support for ALL of his beliefs. He is dragging a lot of bad actors out into the light, normalizing their actions. If you support the President, you support that.

In fact, Donald Trump is NOT racist and governed in a very traditional way.

As part of the re-education of the military, Austin’s officers have forced recruits to watch Democrat presidents — only Democrats — as civil rights heroes. That is very politically divisive and biased.

Richard Torres-Estrada, the ‘chief of diversity for special operations’ has compared Donald Trump to Hitler. He is appointed to add intersectionality to the training.

Austin says “our enemies lie within our own ranks.” All while his purge is political, he claims it isn’t. Yet most of his 18-member working group includes Joe Biden supporting Democrats. Six are radical Islamists, including a non-citizen Pakistani.

When Austin took over, he ordered Trump appointees to Pentagon advisory boards to resign. He does not want one differing opinion.

To help guide the purge, he has chosen the anti-Christian, anti-conservative hate group, the Southern Poverty Law Center.

With China and other enemies breathing down our necks, the Biden-Austin military presents an existential threat.