As The Dominoes Begin To Fall… Michigan Supreme Court Shuts Down Governor For Lack Of “Constitutional Authority!” 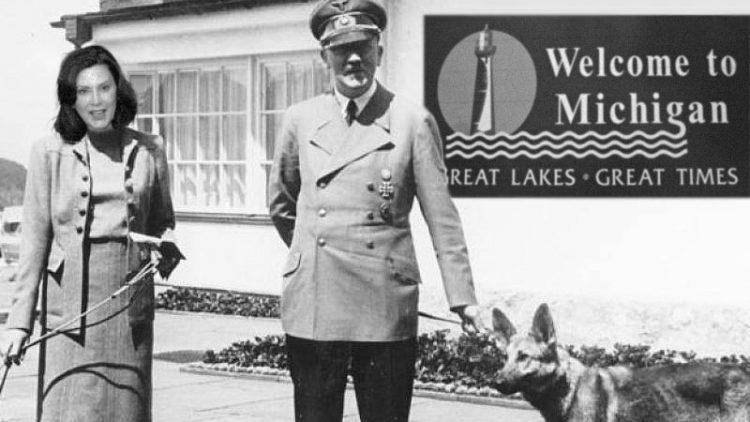 As The Dominoes Begin To Fall… Michigan Supreme Court Shuts Down Governor For Lack Of “Constitutional Authority!”

First, there was North Carolina, then Pennsylvania, and now we have Michigan, where the judges are doing a fantastic job in discovering the law and applying the law (Deuteronomy 25:1). I thank God for good government and those who are actually holding to their sworn oaths (Judges 2:16).

Over the last 6 months, it has been quite clear to see the corrupt taking off their masks while unlawfully mandating their constituents to wear masks. One such tyrant is that of Michigan’s Gretchen Whitmer (Daniel 3:1-6).

Up to this point, I do not know that I have seen a more defiant and rebellious incumbent than that of the Gretchen Whitmer.

She is dictatorial, defiant, arrogant, hateful and even vindictive to those she should be representing and serving (Matthew 20:28).

Whitmer has even gone so far as to tell businesses in her state not to serve the people that come to their prospective businesses in order to buy and or sell (Revelation 13:10).

The Michigan Supreme Court on Friday struck a blow to Gov. Gretchen Whitmer’s governance of the state during the coronavirus pandemic, ruling her use of a 1945 emergency powers law violated the state Constitution.

Whitmer has used the law since April 30 to issue executive orders under a state of emergency regulating capacity limits in public-facing businesses, public mask use, school reopenings and limiting the size of public and private gatherings.

In landmark 4-3 decision, the state’s highest court ruled Whitmer’s use of the 1945 law “is in violation of the constitution of our state because it purports to delegate to the executive branch the legislative powers of state government — including its plenary (Unqualified) police powers — and to allow the exercise of such powers indefinitely.”

“As a consequence, the EPGA cannot continue to provide a basis for the Governor to exercise emergency powers,” the Republican-nominated Justices Stephen Markman, Brian Zahra, David Viviano and Beth Clement wrote in the majority opinion.

The Supreme Court’s ruling says Whitmer lacked the authority to declare a “state of emergency” or a “state of disaster” under a 1976 emergency management law after April 30, the last day the Legislature authorized the governor to declare the state under emergency.”

Remember, it is not a virus that they are attacking, friend.  It is your God-given rights that are under attack.

Article posted with permission from Sons of Liberty Media.