Perhaps the people at Fox News as it veers further to port need to have their cognitive abilities tested, not Democratic presidential candidate Joe Biden, whom they increasingly shill for, judging by the performance of debate moderator and Fox News Sunday host Chris Wallace. The conventional wisdom is that Wallace lost control of the debate but a closer look shows he knew exactly what he was doing, that he was on a mission to be 2020’s, Candy Crowley.

As part of a “60 Minutes” interview taped on September 12, the day after the terrorist attack by the al-Qaida-linked group Ansar al-Sharia, and moments after the President and Secretary of State Hillary Clinton had appeared in the Rose Garden, CBS correspondent Steve Kroft asked a very direct question: “Mr. President, this morning you went out of your way to avoid the use of the word terrorism in connection with the Libya attack, do you believe that this was a terrorism attack?”

It was the perfect time for the President to say his oblique reference to “acts of terror” did in fact include Benghazi and insist Kroft’s question was based on a false premise. He did not because he could not. Instead, he said that “it’s too early to tell exactly how this came about, what group was involved,” as his administration was already pushing the lie that it was a spontaneous mob action caused by an obscure Internet video insulting to Islam.

When Kroft responded that there were “reports that they were very heavily armed with grenades, that doesn’t sound like your normal demonstration,” President Obama meekly responded that “…we’re still investigating exactly what happened, I don’t want to jump the gun on this.”

This critical part of the interview proving that Obama did not label Benghazi a terrorist attack despite clear evidence it was was incredibly and, I believe, deliberately left on the cutting room floor because it likely would have doomed President Obama’s reelection chances on the spot. CBS stood silent during and after Crowley’s own journalist malfeasance and knew the truth when its own Bob Schieffer conducted the third and final presidential debate without mentioning it.

Chris Wallace, playing the role of Crowley to aid another Democratic presidential candidate, Obama’s VP Joe Biden, went full bore with interruptions of Trump while letting Biden call Trump a “racist” and a “clown” while telling Trump to “shut up, man” with impunity. 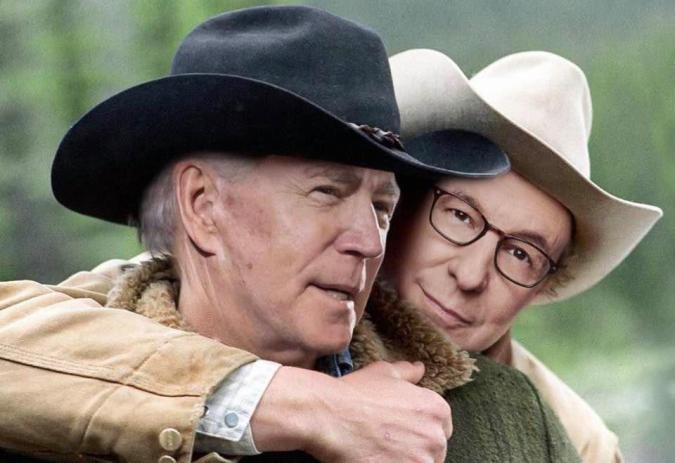 As the Black Lives Matter organization and Antifa roam free in Democrat-run cities to pillage and burn inner-city communities, Wallace had the chutzpah to let Biden go unchallenged when he claimed Antifa was “just an idea.” Tell the business owners that the Molotov cocktails going through their windows are just a figment of their imagination.

Wallace instead was determined to resurrect the false and discredited left-wing media claim that Trump had never condemned white nationalism, particularly after the confrontation between Antifa and right-wing groups at Charlottesville. In fact, Trump specifically condemned white nationalists after Charlottesville in no uncertain terms but doofuses like Chris Wallace and the Chicago Tribune’s John Kass leave that part out and perpetuate their Big Lie. Play the full tape gents. Print the full quote. Does a racist enact criminal justice reform and Opportunity Zones and the lowest black unemployment ever? If Trump is a racist, he is the dumbest one ever.

As the Washington Examiner reported on the exchange between Trump and Wallace:

Wallace pressed Trump forcefully to condemn white supremacists a total of six times Tuesday night but did not once ask former Vice President Joe Biden to condemn violence from Antifa or Black Lives Matter. BLM was mentioned only once when Wallace asked Biden if he supports the group, which Biden acknowledged that he does.

“You have repeatedly criticized the vice president for not specifically calling out Antifa and other left-wing extremist groups,” Wallace said to Trump. “But are you willing tonight to condemn white supremacists and militia groups and to say that they need to stand down and not add to the violence in a number of these cities as we saw in Kenosha and as we’ve seen in Portland?” 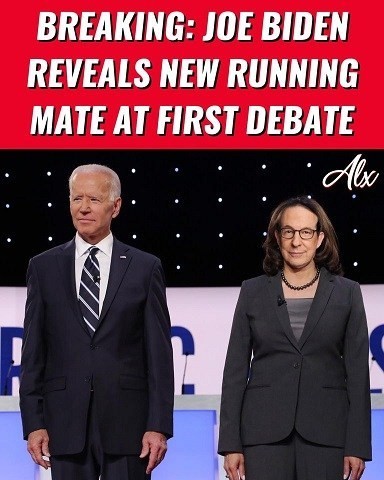 If Chris Wallace has any evidence of white supremacists rioting in Portland, Kenosha, he should present it. Otherwise, just shut up, man. Again, Trump has repeatedly denounced white nationalists and white supremacists. As FactCheck.org notes:

Here’s the relevant portion when the president said some in the group protesting the removal of the Lee statue were “very fine people”:

Reporter: The neo-Nazis started this thing. They showed up in Charlottesville. …

It’s fine, you’re changing history, you’re changing culture, and you had people – and I’m not talking about the neo-Nazis and the white nationalists, because they should be condemned totally – but you had many people in that group other than neo-Nazis and white nationalists, okay? And the press has treated them absolutely unfairly. Now, in the other group also, you had some fine people, but you also had troublemakers and you see them come with the black outfits and with the helmets and with the baseball bats – you had a lot of bad people in the other group too.

Reporter: I just didn’t understand what you were saying. You were saying the press has treated white nationalists unfairly? …

Trump: No, no. There were people in that rally, and I looked the night before. If you look, they were people protesting very quietly, the taking down of the statue of Robert E. Lee. I’m sure in that group there were some bad ones. The following day, it looked like they had some rough, bad people, neo-Nazis, white nationalists, whatever you want to call them. But you had a lot of people in that group that were there to innocently protest and very legally protest, because you know, I don’t know if you know, they had a permit. The other group didn’t have a permit. So I only tell you this: There are two sides to a story.

So, contrary to Biden’s claim that Trump has “yet once to condemn white supremacy, the neo-Nazis,” in the course of two days, Trump did it twice.

Trump, Aug. 14, 2017: Racism is evil. And those who cause violence in its name are criminals and thugs, including the KKK, neo-Nazis, white supremacists, and other hate groups that are repugnant to everything we hold dear as Americans.

Trump, Aug. 15, 2017: I’m not talking about the neo-Nazis and the white nationalists, because they should be condemned totally.

Nor was that the last time Trump condemned white supremacy by name.

After nearly two dozen people were killed on Aug. 3, 2019, in a shooting at a Wal-Mart in El Paso, Trump said: “The shooter in El Paso posted a manifesto online consumed by racist hate. In one voice, our nation must condemn racism, bigotry, and white supremacy. These sinister ideologies must be defeated. Hate has no place in America. Hatred warps the mind, ravages the heart, and devours the soul. We have asked the FBI to identify all further resources they need to investigate and disrupt hate crimes and domestic terrorism — whatever they need.” 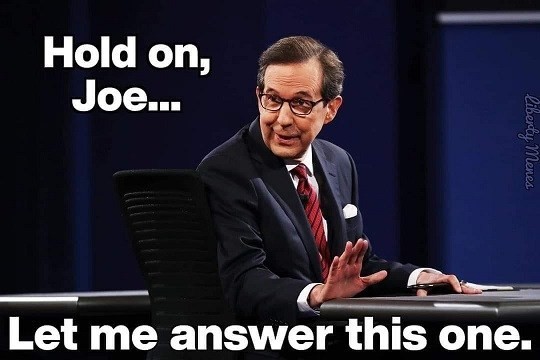 Chris Wallace, whose anti-Trump bias has reared its ugly head before,  is typical of the rot occurring at Fox News. Witness what Harris Faulkner, Melissa Francis, and Marie Harf, yes, that Marie Harf, did to former House Speaker Newt Gingrich who tried to explain that the riots were made worse by the campaign of George Soros to elect left-wing anarchist District Attorneys. Fox and Friends allowed former SNC chair, Donna Brazile, to tell RNC chair Ronna McDaniel to “go to hell.”

You can find Chris Wallace rehearsing as Joe Biden’s press secretary on this weekend’s edition of “Fake News Sunday.”

*Daniel John Sobieski is a former editorial writer for Investor’s Business Daily and freelance writer whose pieces have appeared in Human Events, Reason Magazine, and the Chicago Sun-Times among other publications.

Published with Permission of TrevorLoudon.com