The Real Threat We Face 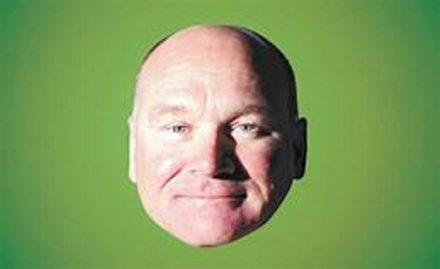 The Real Threat We Face

So Sheriff Knezovich announced he isn’t going to run for Sheriff again. How can we be sure? Honesty was never one of his strong traits, so I am not going to start celebrating yet. However, he didn’t say he wasn’t going to run for something else though. Maybe his hatred of Rep. Matt Shea is so great he will move to the 4th District and contest that pesky Christian Conservative. I would love to see the debate.

Or perhaps Knezovich has Rep. McMorris in his sights. He did announce in 2016 he was ready, willing, and able to run for her seat if Cathy were to get appointed by the Trump Administration. Maybe that is why he had more campaigns signs up than anyone else, even Al French, in 2018 despite that he was running against the departed DumpOzzie.com. I think Ozzie could win against Cathy. He is more popular than he realizes. I know several of the Extremist Right Wing outliers who account for around 35% of the vote who would love to see Ozzie in Washington DC. Whatever it takes to get him out of Spokane County is their rallying cry. He could have his people make innuendos that Cathy probably has a connection to White Supremacy groups because she is from Stevens County where the Marble Community is.

Of course that is all ridiculous, guilt by association that is, but that seemed to be most of what the Spokane County Republican Club’s Town Hall venue was all about Tuesday Night the 24th. Of course, it centered on Rep. Matt Shea, but for good measure the 2011 MLK Parade ‘would be bomber,’ Kevin Harpham (in prison), was thrown in, along with Reverend Butler (deceased), Schaeffer Cox (in prison – Alaska), and Dylann Roofe (South Carolina). I don’t think Matt ever met any of them. I remember Schaeffer Cox being at the Freedom Fest in Post Falls in 2009 but Ozzie was there too. There were also a lot of other names thrown out that I assume may have been threats in other regions, but not Spokane County. There were also pictures of the Oklahoma City Bombing, Twin Towers, and policemen being shot in other states. Guilt by association played to the hilt.

I pulled some statistics and it looks like around an average of 60 Law Enforcement Officers are murdered nationally each year over the last 10 years. I am sure a great many are disabled too, but the stats also say there around 650,000 Law Enforcement Officers in the United States. The stats don’t spike up much over the years but are fairly constant. Even so, I wouldn’t want to be a police officer. I had a friend in High School who became a police officer and went all the way up to Police Lieutenant in Seattle. He had wanted me to join him. I didn’t want to because I didn’t want to see that dark side of life. We both had a choice. There are over 300 million people in the United States and statistically there is a fringe of people who are dangerous. Now if violence from the Right Wing were to suddenly spike that would be a threat to face, but it hasn’t. “The Threats We Face” presentation was all hyperbole and innuendo and designed to demonize Rep. Shea.

The real “Threat We Face” in Spokane County isn’t about Ozzie building a straw man out of Matt Shea and attacking it. The real threat is more Sheriff Ozzie. Several law abiding people tell me he has told them he is keeping files on them. Will Ozzie arrest us as Domestic Terrorists under NDAA (authorizing the indefinite military detention of persons the government suspects of involvement in terrorism, including U.S. citizens arrested on American soil)? It sure looks like he is trying to build that case. The Oz has a lot of power as County Sheriff if events ever get out of hand. 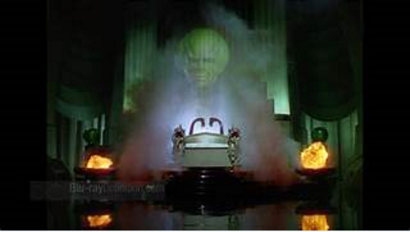 I pretty much know all the players in the Conservative wing of the local Republican Party and none of them are a threat to anyone. If there are any of those people around, then they seem to keep to themselves like Randy Weaver. A lot of them are probably undercover FBI agents working for the Joint Terrorism Task Force. It is fashionable to go after the supposed Right as opposed to the Left. One thing most people don’t understand is that Nazis are cut out of the same cloth as Communists. Both are statists and thus Left Wing Nuts.

I thought John Smith and Jay Pounder had good delivery Tuesday night, but there wasn’t much there. John Smith is still upset he lost his temporary Senate Seat to Brian Dansel, whom Matt Shea endorsed, and Jay Pounder is enjoying the spotlight as he methodically leaks out documents purported to have been written by Shea. These documents attributed to Shea could be interpreted in many different ways. You can make anyone look like the devil if you want to with the help of a compliant Press. Pounder talked about Dominionism and “weaponized faith” (can we no longer sing “Onward Christian Soldiers”)? As far as I know Matt Shea still goes to Calvary Chapel which does not embrace Dominionism in any way, shape, or form. Pounder also said that that the Liberty State movement took 2 Corinthians 3:17 out of context. He said that “liberty” is better interpreted as “freedom.” I am not sure what his point was. I looked it up in my King James Version and it uses the word “Liberty.” Now the Lord is that Spirit: and where the Spirit of the Lord is, there is liberty.

Pounder also complained about unproductive dialogues from Conservative Christians, like preaching from the street at passersby. But didn’t Jonah do that in Nineveh, and Paul in Athens?

One thing Pounder said that is true is that people are afraid. I am afraid. I look at the US Debt Clock usdebtclock.org and I see the inevitable crash coming sometime soon. A huge amount of debt has been built up waiting for that extra snowflake to start the avalanche. The average Citizen; man, woman, and child owe over $68,000 each just in Federal Debt. Another stat that is fearful is that 41% of American households cannot come up with $400 cash if they had to.  See: Could You Come Up With $400? 41% of Americans Can’t

That is why prepping, and movies and books of the 299 Days genre have become so popular. They are prepping guides built into fictional future events. What do we do during and after the Big Crash? I am sure Ozzie, being a Mormon, is a prepper too. Prepping is important to Mormons and should be for everyone else as well. See: Why does the LDS Church put an emphasis on prepping?  I am sure Ozzie has some bullets stored away too.

That extra snowflake triggering the avalanche could be one more move in interest rates, or one more derivative issued, or it could be the assassination of President Trump, or the arrest of ex-President Obama. Most imaginative and informed people I know have been having those discussions.

Ozzie has his message down now with his lips pursed in self-righteous anger, and his imposing body armor under his shirt, but he didn’t say anything I hadn’t heard him say before. He even attacked me again when I was Spokane County Treasurer for not reprimanding my Chief Investment Officer, John Christina, for posting an article on Spokane Liberty Caucus Facebook site which he didn’t like. I refer to that incident in Spokane County Police State.

When I refused to reprimand my employee he then contacted Spokane County Prosecutor Larry Haskell and said he had received an anonymous tip that John was not getting all his working hours in, and Ozzie wanted him fired. Talk about vindictive. After I was out of office in January I did a Public Records Request to the Sheriff’s Department asking for copies of correspondence from the Sheriff mentioning me and/or John Christina. I did get two dumps of information months apart, which were just copies of correspondence we both happened to be copied on together as Department Heads. I am told I will not receive another PRR dump until the end of the year. In the Treasurer’s Office we usually got Public Record’s Requests out the same day as requested.

But to unseat Matt Shea, by hook or by crook, there is a coalition of behind the curtain people who pull the strings. Not smoke filled rooms anymore, but people behind the curtain who have an agenda. Take out Shea and the GOP falls apart in this County. The Democrats fill the void. Mission Accomplished. 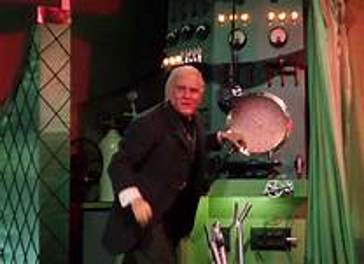 At the Press Conference ‘PRESS CONFERENCE – Threats We Face Spokane Town Hall (FULL)’ following the Presentation the first question was “What crime did Matt Shea commit?” Both John Smith and Jay Pounder turn and look to the Sheriff who says, “I don’t think anybody mentioned it.” Ozzie Knezovich – The Artful Dodger. 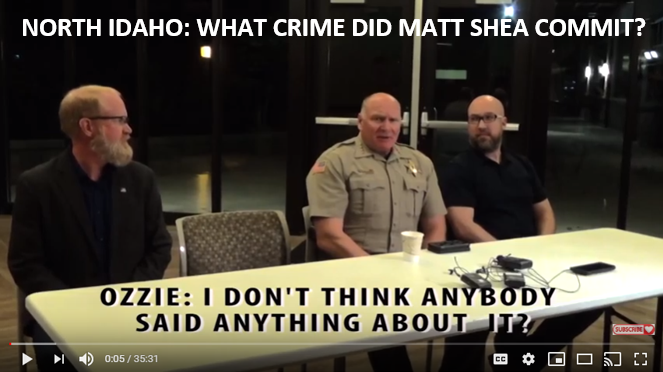