The Wayback Machine shows how the health district has removed controversial resources from its website after being exposed for its radical sex education materials. IFF’s Center for American Education (CAE) has saved the records from the Idaho North Central Health District. 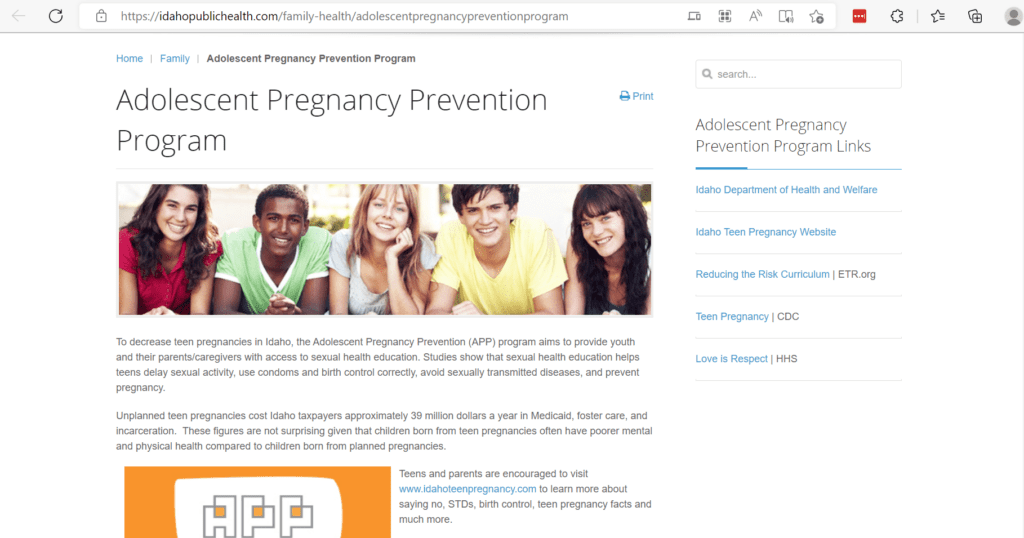 All of these resources have now been removed or hidden, as the following screenshot shows. Before or on the morning of September 15, 2022, after the CAE’s research was launched and drew public outcry, these resources were removed from the district’s website or replaced with an innocuous link.

The National Campaign to Prevent Teen Pregnancy link, which took students to Power to Decide and showed kids where to get an abortion, has been completely removed from the district’s website.

The Love is Respect link, which introduced kids to topics like polyamory and gender transitions and taught them to hide their browsing history from parents, has been replaced with a link to the U.S. Department of Health and Human Services.

Look at the evidence for yourself.

This transparency problem cannot be overlooked. Imagine if these sexually explicit resources were recommended on a school district’s health curriculum webpage. Parents would be outraged. But what parent would think to look at a public health district website to learn what their child is being taught in school? Here’s hoping that the Legislature asks the tough questions our health districts seem uninterested in answering.