The family of an Arizona businessman and grandfather is desperately hoping to persuade the hospital that’s caring for him to try alternative treatments for COVID-19.

Stephen Judge, who turned 69 on Christmas Eve, has been hospitalized since Nov. 17; he’s been ventilated mechanically since Dec. 7.

As his health began to decline, his only daughter, Caitlin Judge, flew to Houston to consult with a doctor there who was treating patients with the MATH+ protocol developed by the Front Line COVID-19 Critical Care Alliance (FLCCC).  The alliance lists many studies supporting the efficacy of the treatment regimen, which includes the use of ivermectin and other drugs and vitamins.

Caitlin Judge had renewed hope for a full recovery for her father after seeking the second opinion. She brought back a detailed list of medications and dosages recommended by the Houston doctor and began arranging for her father to be flown to Houston for further care. Officials at Banner Ironwood Medical Center in Queen Creek, Arizona, refused to give her father the medications, saying that their use isn’t “part of the standard protocol.” She also was told they wouldn’t cooperate with efforts to transfer him to another hospital because his condition was too precarious, she said.

Officials with Banner Ironwood haven’t responded to requests by The Epoch Times for comment.

“His pulmonologist has told us that he will not agree to release my dad, even to a small intermediary hospital in the next town over,” Judge lamented. “It feels like he’s stuck.”

She and her two brothers wholeheartedly believe that the drugs the hospital refuses to try could be the key—and his only chance for recovery. 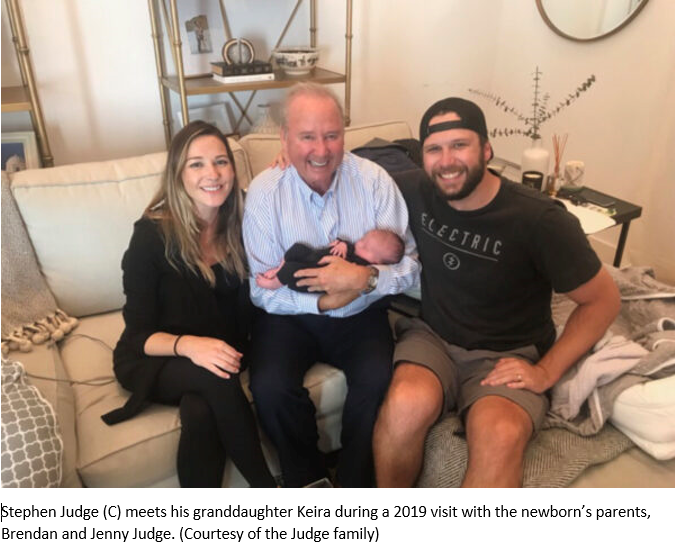 They’ve spoken with an attorney, but they haven’t retained one because, in Arizona, there’s no provision to get in front of a judge in an expedited manner for an emergency hearing, Judge said. The attorney told them it could take up to three weeks before their case would be heard.

“We don’t think my dad has that time,” she said on Jan. 8. “We had placed all of our efforts up to this point in having my dad transferred to Houston. And getting a court order for medication fell to the wayside.”

Meanwhile, 2,021 miles away, attorneys for the family of a Jacksonville, Florida, grandfather were writing an appeal after an emergency hearing in that state didn’t go the way they’d hoped.

Daniel Pisano, 70, has been steadily declining while on a ventilator at Mayo Clinic Florida. His care team there has given him a less than 5 percent chance of survival, court records show. Yet the hospital’s attorneys have fought vigorously to persuade a judge not to order them to give the MATH+ medications the Pisano family has requested.

Representatives of the hospital haven’t responded to repeated requests for comment.

“There is an epidemic—an epidemic of patients stuck in hospitals, hospitals totally out of options, patients quickly running out of time, and lawful alternative treatments forbidden by hospital policies,” said Jeff Childers, a Gainesville, Florida, attorney who joined the Pisano family’s legal team after their first petition was denied.

“If a patient has a right to be taken off a ventilator when all other options are unavailing—a right to die—then patients must also have a right to try any reasonable alternative when hospitals are out of ideas—a patient’s right to LIVE.” 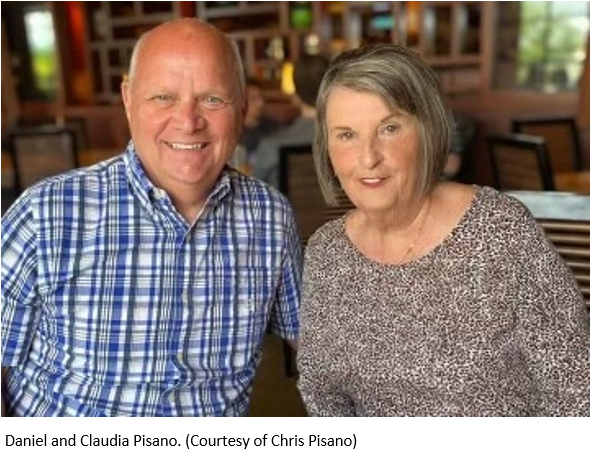 Both families question the federal government’s role in keeping critically ill patients from receiving treatments requested by their families.

They point to a white paper entitled “Government Bounties to Hospitals Make COVID Patients Prisoners to Protocols,” written by Dr. Elizabeth Lee Vliet, M.D. and Ali Shultz, J.D. Vliet is president and CEO of Truth for Health Foundation, a nonprofit that advocates for “early COVID home-based treatment, vaccine risks updates, and medical freedom.” According to her bio with the foundation, Vliet is an independent physician “treating COVID patients and vaccine-injured patients” in Tucson, Arizona, and Dallas.

“Creating a ‘National Pandemic Emergency’ provided justification for such sweeping actions that override individual physician medical decision-making and patients’ rights,” Vliet wrote in her paper. “The CARES [Coronavirus Aid, Relief, and Economic Security] Act provides incentives for hospitals to use treatments dictated solely by the federal government under the auspices of the NIH. These ‘bounties’ must be paid back if not ‘earned’ by making the COVID-19 diagnosis and following the COVID-19 protocol.”

Vliet goes on to write, “The hospital payments include:

“CMS [the Centers for Medicare & Medicaid Services] implemented ‘value-based’ payment programs that track data such as how many workers at a health care facility have received a COVID-19 vaccine. Now we see why many hospitals implemented COVID-19 vaccine mandates. They are paid more.”

CMS officials didn’t respond to requests by The Epoch Times for comment about the families’ concerns and payments to hospitals under the CARES Act.

Judge says her father’s condition began to decline more rapidly as they began to arrange his transfer to another facility.

“I’m not convinced that it isn’t intentional,” she said. 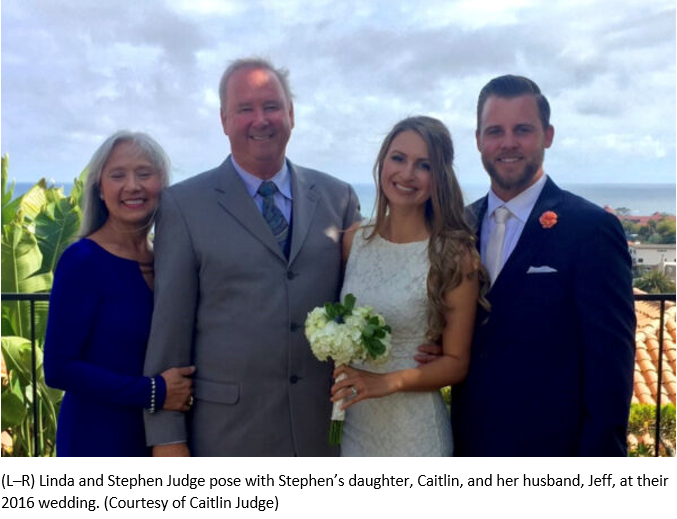 Stephen Judge became ill with what he thought was the flu in November. When his brother tested positive for COVID-19 after they’d been at dinner together, the family realized he probably had the illness caused by the Chinese Communist Party (CCP) virus.

His brother was hospitalized for a few days, but was released the same day a nurse, at the request of Caitlin Judge, visited her father at his home. At the nurse’s recommendation, Stephen Judge went to Banner Ironwood Medical Center, requesting treatment with monoclonal antibodies, Caitlin Judge said. The hospital declined to give that treatment.

Judge and his family then started asking for ivermectin as part of his treatment immediately after he was admitted, she said.

“The family is in a constant state of anxiety,” Caitlin Judge said. “Each time I see the hospital calling or I am checking his stats through his patient portal, I brace for bad news. Each day, we wonder if today will be the day we lose him. We are trying to stay hopeful and prayerful, and at this point, we have left it up to God.

“I pray that in the near future, other families don’t have to go through what my family and so many other families are going through. It’s devastating.”

Stephen Judge is married, and has two sons and six grandchildren, with another on the way. Caitlin Judge says her 4-year-old daughter, Remi, prays every night, “Dear God, please let my grandpa come home, so he can play with me.” 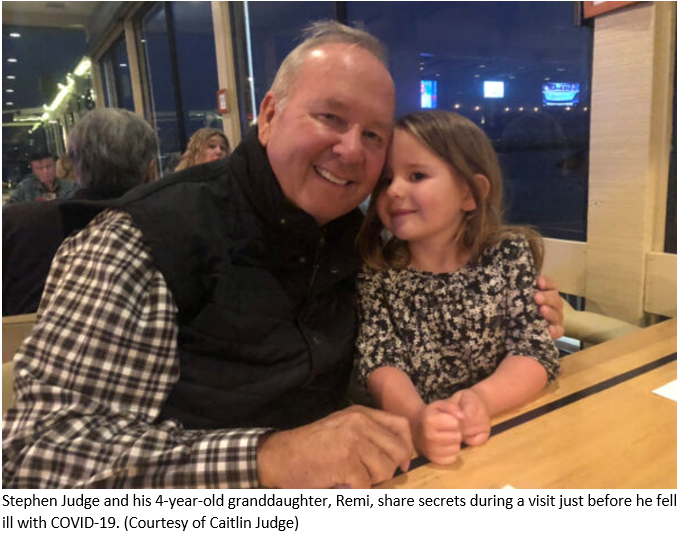 Caitlin said her dad “is the most positive person I have ever come across in my lifetime, even at times in his life where he’s faced the greatest adversity. His typical demeanor is playful and fun, and you cannot have a conversation with him that isn’t packed to the brim with jokes and laughs. His personality is electric, and he leaves anyone he encounters in a better place than when he found them. He is literally bursting with love and kindness.

“I see my two daughters light up whenever Grandpa walks into the room, and it reminds me of how I reacted to his energy when I was a child. There’s just something about him that nourishes the kid in all of us. He is everyone’s best friend, which is exemplified in his enormous circle of friends. He is loved far and wide.”

The family still hopes to transfer him by air ambulance to the Houston hospital that has agreed to give the treatment they’re requesting.

Before being hospitalized, Stephen Judge was healthy and active, frequently traveling across California, Arizona, Nevada, and Texas to meet with clients in his hotel-and-resort-cleaning business, called Judgebuilt.

“The part he loved the most was being able to provide jobs and opportunity to his employees,” his daughter said, calling him her hero. “He created his own success through hard work and grit. My dad is the hardest working man I know, and his motivation has always been to take care of his family.”

Before falling ill, he walked four to five miles daily with his pair of goldendoodles, and enjoyed traveling with his wife, Linda.

As his daughter sat by his side at the hospital during the week before he was put into a drug-induced coma and put on a ventilator, Stephen Judge worried aloud that “the hospital was trying to kill him,” Caitlin said. And “he talked endlessly about the pride he felt for me and my brothers, and for the beautiful families we have created. He beamed when he spoke about us.

“It’s hard to imagine our father not overcoming this most recent battle. The odds have been stacked against him his entire life, and he has beat the odds every time. Our family stays hopeful and prayerful that this will not be the exception. He continues to fight, and so our family will not stop until we bring him home.”

Nanette covers a wide range of issues, mostly in Georgia and her home state of Florida. She started as a journalist in a competitive, daily-newspaper market, and later launched a community newspaper in a geographic area ignored by other media. She spent many years writing and editing for a variety of national and international magazines, and has been hired to coach best-selling authors for book publishers. When she’s not chasing news, Nanette enjoys cattle ranch life with her husband, three children, and far too many horses, goats, cats, and dogs.