American liberty: Can we keep it? Certainly, if Americans are courageous, if they step up and fight for their freedoms. Yet near-daily assaults by left-wing leadership and a Democrat-controlled media have sought to dismantle the people’s spirit. Slowly awakening to the reality of the Left’s campaign for ultimate power and total control, many Americans are refusing to comply with the tyranny eroding our most basic rights — rights of personal choice and medical privacy.

In early 2020, as the Chinese coronavirus hit America, Washington elites waged war on our foundational liberties — the freedoms of religion, speech, and the press, to name a few. For many people living under these draconian rules, feelings of helplessness and disgust shifted to attitudes of determination and conviction. Amid the cacophony of ridiculous behaviors, the ballyhoo seems endless. Irrational and seemingly eternal mask-wearing and insidious mandates for children as young as five have become “the new normal.”

Even soaring inflation is blamed on the pesky virus. As White House Press Secretary Jen Psaki recently remarked, “Americans sitting at home don’t necessarily think about it [inflation and rising prices] in terms of data and what the economists are saying.” She continued, “a lot of what we’re seeing in our data is people’s psychology on the economy and how they’re experiencing things in the country right now is related to COVID.”

What does Psaki’s statement even mean? Is she right that Americans don’t understand data? I don’t think so.

Americans do read the data. Many seek the real science, identifying the propaganda peddled by “trusted expert” Dr. Anthony Fauci. For their dissent, they have lost their jobs, their platforms, their families, and their education. In the case of the January 6 political prisoners, many continue to suffer in isolation, being denied due process, and are still languishing in jail.

In October 2020, Dr. Sunetra Gupta of the University of Oxford, Jay Bhattacharya of Stanford University, and Martin Kulldorff of Harvard University gathered in Great Barrington, Massachusetts, to document their “grave concerns about the damaging physical and mental health impacts of prevailing COVID-19 policies.”

The Great Barrington Declaration, which sprung from that critical meeting of medical minds, has since collected nearly one million signatures from health professionals and concerned citizens worldwide. Yet these distinguished physicians have been ridiculed and canceled by the progressive Left, and their viewpoints banned by the mainstream media.

These voices have strongly encouraged lesser-known Americans to sacrifice their livelihoods and reputations to present the truth, spurring the silent majority to be silent no more.

“Evil is real. It walks the Earth every day. Evil must be destroyed because man is fallen. We must fight evil every single day.” These bold words from Dr. Sebastian Gorka evoke an intense patriotism. The popular host of the radio talk-show America First and former strategist to President Donald Trump often recounts his parents’ incredible escape from communist Hungary to England, where he was born and raised until he immigrated to America as a young man. He knows a thing or two about staying in the fight.

Another hero possessing a Gorka-style spirit of righteous indignation is UCLA anesthesiologist Dr. Chris Rake, who in October made national headlines when he was escorted from a UCLA hospital and placed on administrative leave for not complying with California’s statewide mandate that all healthcare workers be vaccinated.

Since the oppressive rules were introduced in early August 2021, Dr. Rake has taken a strong stance against the wrongness of vaccine mandates, openly denouncing the requirements in his state. Prior to his suspension, Rake launched the nonprofit CUFF (Citizens United for Freedom), which seeks to activate the citizenry “to work to preserve our freedom of bodily autonomy … [and] to restore the freedom this great country was once known for” through protests and community calls to action. Like many credible physicians, Rake has been censored, despite being extremely knowledgeable of the medical aspects of the coronavirus as well as the life-saving early treatments that combat severe illness from COVID-19.

“I am not going to negotiate with terrorists,” said Rake in an interview. “We’re going to take the fight to them…. We’re confident of one thing: as Dr. Martin Luther King said, ‘the arc of history is long but it always bends toward justice….’ We’re on the side of truth, we’re on the side of law, we’re on the side of ethics and common human decency. Even if takes a long time, we know we will prevail; it’s just a matter of standing up united.”

From Heroes to Pariahs

Dr. Rake’s clarion call for unity has been echoed by other healthcare workers in California, which has some of the most restrictive COVID measures in the country. In October, an emotional video by Los Angeles resident Tara Vafaeenia went viral after the unvaccinated ICU nurse was similarly placed on suspended, unpaid leave from UCLA Health for refusing to comply with the mandate to get the jab by September 30.

The nurse of 12 years explained in an interview how major hospital organizations have taken “a turn for the worse” since the onset of the health crisis back in March 2020: 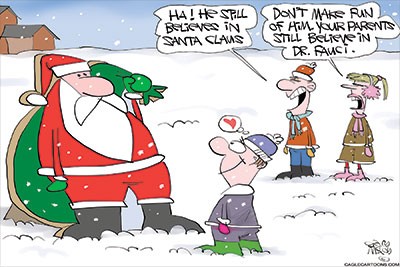 “We [employees] have been forced to take measures we shouldn’t have had to take, like masking, testing, and social distancing,” she said. “[UCLA Health] has treated individuals who have chosen to abstain from the COVID vaccination as a threat, as contagious persons. We have been isolated and segregated from the vaccinated even though we know there is virus transmissibility among both the vaccinated and unvaccinated.”

The extraordinary transition from community hero to segregated pariah has been difficult and draining but also revelatory for Vafaeenia, who described the moment a forced vaccine mandate became her line in the sand.

“Everybody should be able to make a decision about her own body without interference from the government or a corporation or an employer,” she said, adding, “these mandates are not law. They are not constitutional…. Either I stand by my convictions and do what I believe is right and stand up for freedom and for the ability to have free speech, to have control over my own body, or I succumb to these tyrannical ways and do what they tell me.”

Millions of Americans like Vafaeenia will face discrimination as compliance to changing and ongoing vaccine mandates becomes commonplace. One California healthcare worker, who wishes to remain anonymous for fear of retaliation from her employer, told The New American that employees who refuse to get the jab at her company are singled out in front of other staff, often reminded they will not be allowed in facilities if they do not comply. “I need to make a living,” said the nurse. “Do I not get the shot and give up my dream?”

Wrestling with the decision to vaccinate or not to vaccinate, and wondering how they will cope with the ramifications of their choices, many Americans are choosing not to comply with the totalitarian-minded mandates but rather to preserve the citadel and stand in the way of those who wish to dismantle America.

As America’s Frontline Doctor Jeff Barke aptly reminds us, “If we are not willing to sacrifice now, we will sacrifice everything later on.”