Join Us and Lead America!

Join Us and Lead America!

Now, more than ever, your patriotic leadership is needed. Is this the America our Founders envisioned? Their principles, and the Constitution itself, are under attack by forces that include socialists, Marxists, globalists, and the Deep State. We’ve created some great resources for you to educate Americans and stand for freedom. May we count on your help?

We, as Americans, cherish our God-given liberties. We stand for a free and independent nation that fully abides by the Constitution and the Founding Fathers’ values. The John Birch Society provides a national program designed to counter the Deep State/Big Government agenda and to restore our rights. 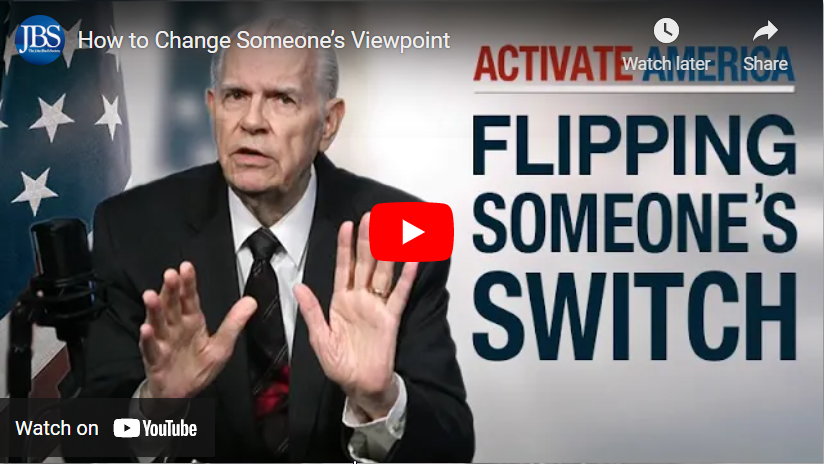 Art Thompson was born in Seattle, Washington in 1938. Art attended the University of Washington, the Washington Military Academy and other business-related institutions, before going into business for himself.

He joined the Society in May, 1964 and rose through “the ranks” becoming a successful Area Coordinator for The John Birch Society in the 1970s. He left the staff to go back into business in 1981 and returned to the staff again in the 1990s.

In the 1980s and early 90s, his business took him all over the United States. A frequent visitor to Western Europe on business, as a tourist, and once on a political fact-finding tour for the JBS, Art was at the Berlin Wall as it was coming down. During this tour, he became acquainted with many businessmen, academics, and members of the German cabinet and European Union.

Art has also served on his small-town City Council, as the chairman of his local Chamber of Commerce, as an official and an elector for the Republican Party, and as a local leader in the state of Washington for the Christian Coalition. He also served as an officer in the Select Reserve Force of the Army and National Guard.

Art has held virtually every volunteer and staff position in the Society, including National Director of Development and Communications and National Director of Field Activities. For several years, he represented the Society in a variety of media events, including appearing on “60 Minutes,” and was for a short time on our Speakers Bureau. He was the CEO of The John Birch Society from October 2005 to July 2020.

Art is the author of “To the Victor Go the Myths and Monuments,” “International Merger by Foreign Entanglements,” “In the Shadow of the Deep State,” and “China: The Deep State’s Trojan Horse in America.” He continues to regularly contribute to JBS through his writing, video appearances, fundraising efforts, and advice to staff. He resides in Appleton, Wisconsin, with his wife Joanne.