Robert “Bob” Norris: “I do not remember ever giving any candidate a $600 donation.”  We now have proof he made the donation to convicted felon Paul Tanaka.

Last September, the Coeur d’Alene press questioned Robert “Bob” Norris, Candidate for Kootenai County Sheriff, about a $600 donation to Paul Tanaka. [archived story here] Paul Tanaka, now a convicted felon in prison for conspiracy and obstruction, was the Los Angeles County Undersheriff. Tanaka, a Democrat, also served as the Mayor for the City of Gardena. Norris’ $600 donation was called into question because there was a well-known pay to play scandal within the LA Sheriff’s Department; that story can be read here.

Robert Norris’ name appeared on the pay to play scandal list. When asked by the CDA Press, Norris replied “I don’t remember making that donation” and claims to have contacted the Treasurer of that campaign. Without citing any sources, Norris said “he (the Treasurer) could not find a single donation from me at any time.” The Treasurer was a female, not male. Norris also proclaims on his website that there is “NO DOCUMENTATION” and that WitnessLA is a tabloid. In contrast to Norris’ claims, we have the documents and  WitnessLA is not a tabloid, in fact, Matt Fleisher and Celeste Fremon won two journalism awards for the The pay to play story.

The Idaho report has obtained through public records request from the City of Gardena, California, the actual donation report from the Friends of Paul Tanaka campaign. Robert Norris is listed as donating $600 on page 13. He used the LA Sheriff’s Department address instead of his home address or his PO Box. The Idaho Report verified with the Los Angeles Sheriff’s Department there was only one Robert Norris employed by the LASD on the donation date.

According to a former Chief with the Los Angeles Sheriffs Department, Norris was not only a donor himself; he “canvassed” other deputies for donations to the Tanaka campaign.”

We’d like to thank Celeste Fremon of WitnessLA and Matthew Fleischer of the LA Times for their guidance and direction in obtaining the documents. 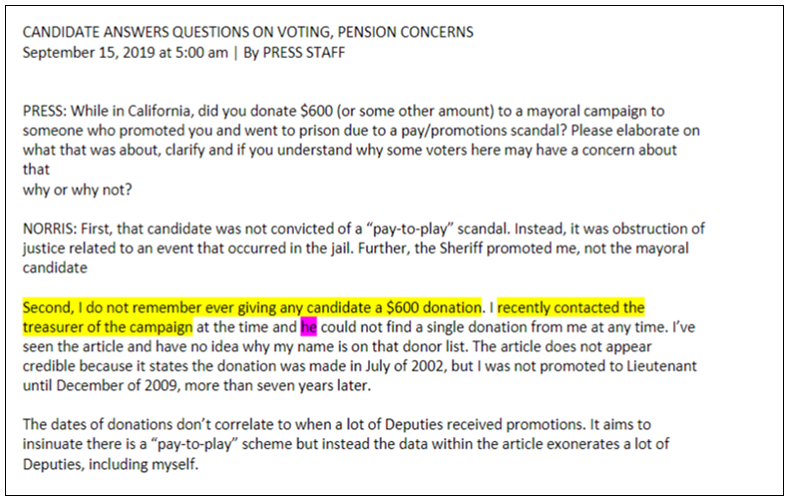 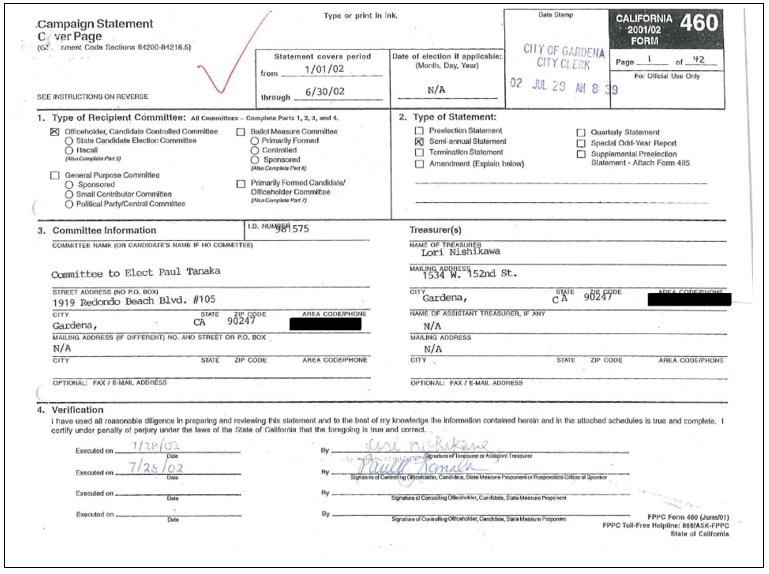 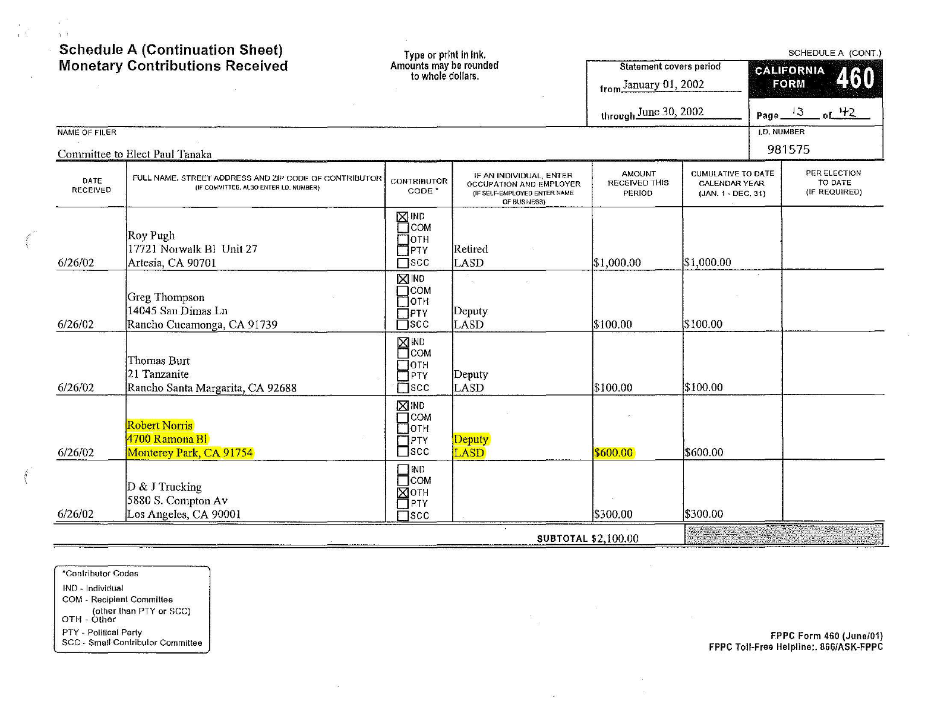 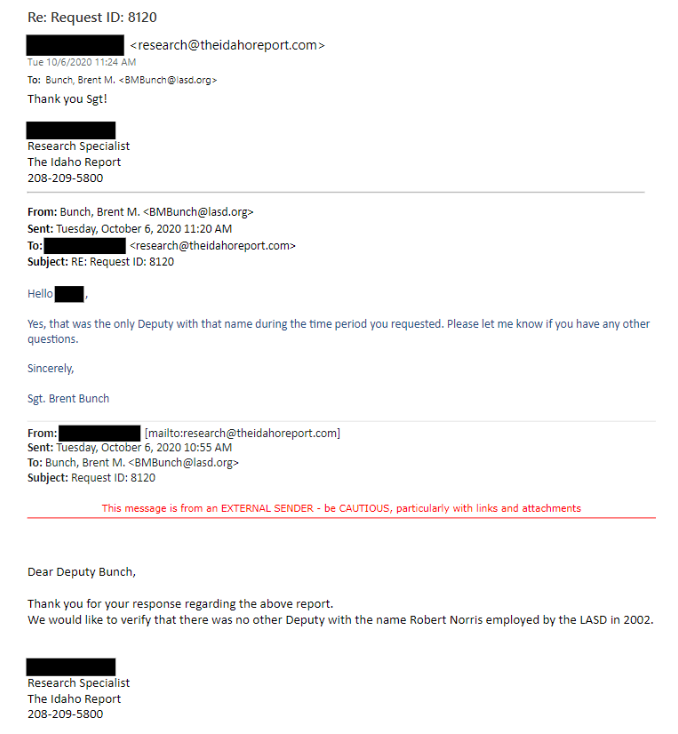 Opinion: Once again, Robert Norris has embarrassed the Kootenai County Deputy Sheriff’s Association by lying to them about his ties to corrupt felon Paul Tanaka. Why would someone donate $600, a huge amount for deputy in 2002, to a candidate in a different city and political party? Perhaps because that candidate was also your boss and known to hand out promotions for cash?

The LA County Sheriff’s Department had many programs where deputies could improve themselves and advance in rank. In 2002, the newly formed Los Angeles Sheriff’s Department University (LASDU) joined with several colleges and universities to offer a variety of degree programs with reduced tuition. Norris could have easily taken advantage of these programs but instead tried the easy way out. The pay to play scandal was well known and documented. His excuse that seven years passed between his donation and promotion suggests that his performance was so mediocre, he could not buy a promotion.

Norris has not provided any documentation about his job performance or an assignment sheet to prove he held the positions he claims.

If Bob Norris wasn’t paying for a promotion, perhaps he should show his other generous donations to the voters; the only other one we found was $243 to President Trump….in 2016….in California….where he claims he did not reside.

Obtain your own copy of the finance reports here. Ask for “Paul Tanaka’s 460 campaign finance forms from 2002”

Follow The Idaho Report.com for more facts as we pursue the truth.