Here is the second half of our conversation with Citizen Ninja Training Expert Mary Baker.

In this second session we provide more building blocks to help get activists started. We discuss:

And much more… As Mary says, “If you don’t make yourself and your cause heard – then you’re what’s for dinner!” 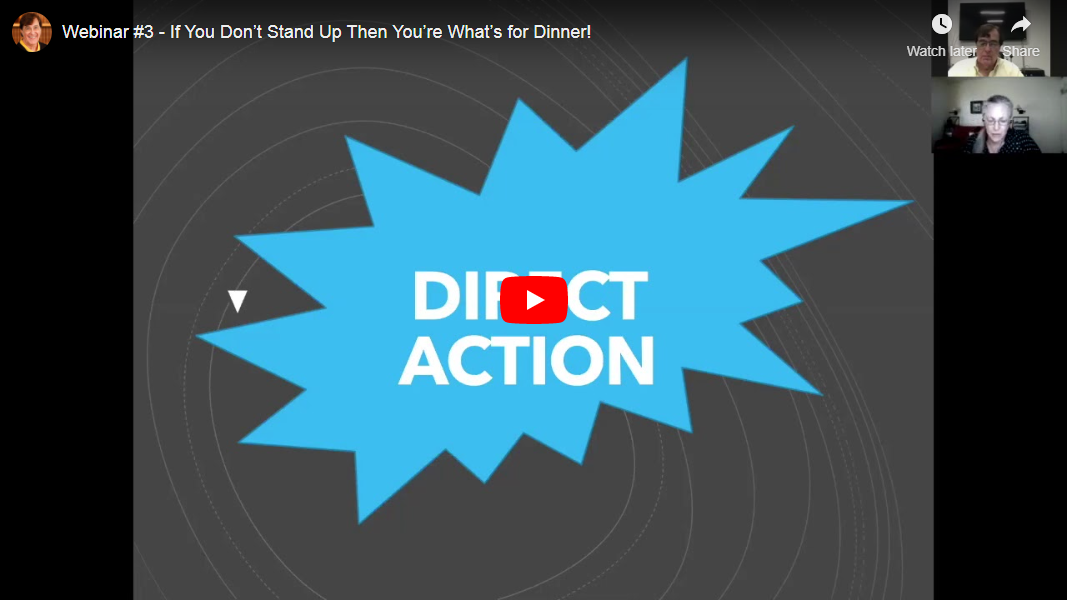 I have included her materials in our new Activist Handbook. You can also learn more from Mary’s materials at her website www.themarybaker.com.

HOW TO FIGHT BACK IN YOUR COMMUNITY 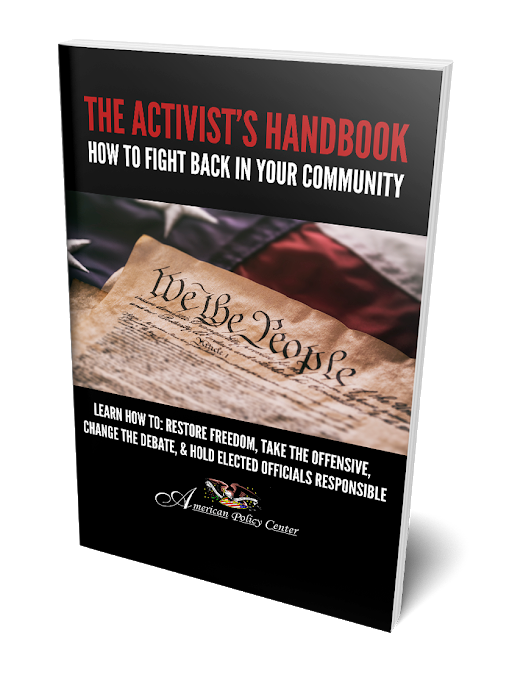 There is a determined force in the world dedicated to an agenda designed to “reorganize human society.” To achieve that agenda they are on a drive to change our American economic system, abolish private property, and change our system of representative government.

Most importantly, they have focused on making those changes primarily through control of government on the local and state levels. They have trained a cadre of activists to present and promote legislative programs that are backed by various funding programs to entice local representatives to enact their agenda. That’s why it’s at the local and state levels where we must make our stand to stop them.

The goal is to take a stand to promote and defend the three main principles of freedom including free enterprise, private property, and limited government intrusion in our lives. Specifically taking direct action in your own community, thereby establishing it as a pocket of freedom or a “Freedom Pod.” This becomes a shining example to then pass to the next community, and the next, creating a freedom movement. This manual is designed to provide the tools and training necessary to accomplish that goal.

In the Activist’s Handbook:

In the Activist Tool Kit:

In addition to the Activists Workbook, APC has created the Tool Kit, located on the APC website. Here you will find

In addition, the Tool Kit will be updated anytime we receive new documents or tactics for fighting back. That way it will always be fresh and up to date – a constant, reliable tool for on-going training!

Tom DeWeese passionately believes in the rights of the individual over a powerful, tyrannical, collective society. He is the author of the policy book Now Tell Me I Was Wrong, and the fictional political thriller, ERASE. To promote his strongly held philosophy of free enterprise, national sovereignty, and limited government, he travels extensively across the nation speaking out as an advocate of private property rights and personal privacy protections. Recognized internationally as an expert in these fields, Tom DeWeese has been quoted in such national publications as the New York Times, Washington Post and the Wall Street Journal, while making regular appearances on a large list of national and local radio and television news programs. 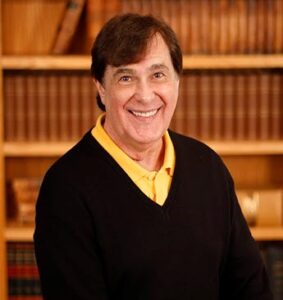 What Others Are Saying About Tom DeWeese

Tom DeWeese writes with a flair and the purpose of ‘Common Sense’ in a time when we dearly need some. – C.J. Hadley, publisher, RANGE magazine

One of America’s best informed and most respected champions of free enterprise and principled government is Tom DeWeese. – Ron Arnold, author and executive vice president, Center for the Defense of Free Enterprise

Tom DeWeese is a vital force in the battle for American liberty because he tells it like it is, holding back nothing as he cuts through the politically-correct smokescreen to get out the truth. – Jerome Corsi, Author

From afar, I have long admired your courage and your immense talent for writing. You personally represent that which I admire above all else: the brave American patriot upon whom free people everywhere depend to save America from the Socialism that now threatens it and thereby the Free World. – Judi McLeod, Editor, CanadaFreePress.com

Our country should always feel a great debt to people like Tom DeWeese and others, who literally make it their business to monitor what Washington is doing, where big government is taking us, and alerting us that “we the people” can still be in charge, if we’re informed and active. Keep it up, Tom! – Pat Boone

I’ve read hundreds of political books over the years – and rank yours as one of the most eye-opening of all – but more than that, I think it is perhaps the most nuts and bolts (how to) solution-oriented book of this class I’ve ever read, placing it on a pedestal in the midst of a very small class of valuable books. – Steve Farrell, Founder, Self-Educated American