What the John Birch Society Has for Chrisitans

What the John Birch Society Has for Christians

The John Birch Society (JBS) coordinator for the Inland Northwest, Caleb Collier gave a speech at Providence Bible Presbyterian Church in Bonner’s Ferry, Idaho on Friday May 22nd about why JBS appeals to Christians.

Collier is a former Marine, paramedic, Spokane Valley city councilman and current co-host of the nationally syndated radio show ‘Church and State’ on the ACN network.

He covered •  the JBS agenda, • their national magazine, The New American, and its online version thenewamerican.com, that is second to none in factual coverage, • Freedom Project Academy’s K-12 home schooling program that is Common Core free featuring classical Judeo-Christian education which even offers Spanish, French and Latin language courses • and the “Freedom Index: A Congressional Scorecard Based on the U.S. Constitution.” 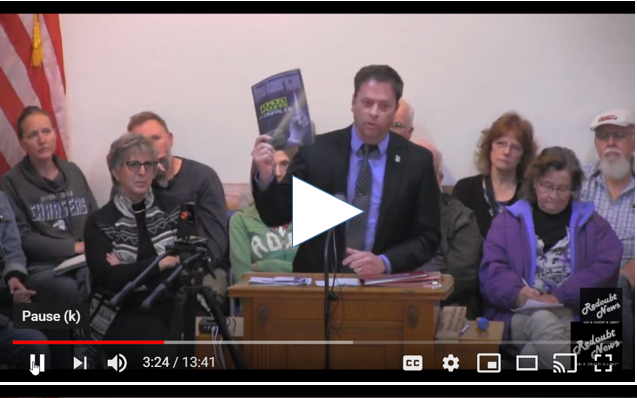 Collier’s invitation to “join our society to fight the globalist plans and restore the Republic” was responded to by several attendees joining during the event with others to follow by mailing applications.

The craziness of this current ‘Plannedemic’ begs for citizen education and activism he pointed out.

Other churches will be wise to consider a Collier visit to learn how they can and should want to make a difference by getting envolved rather than just accepting a socialistic fate being foisted upon us by power hungry socialists and globalists in and out of the government promoted by big media as well as local media.

He stressed that we don’t have a Party Problem, we have a Problem Not Follwing the Constitution.