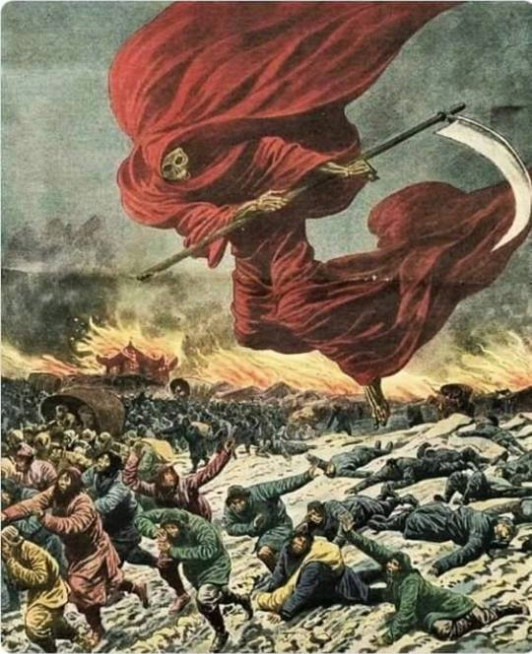 A few months from now we will be looking back at the Corona Virus Plague knowing more than we know now. In a few years there will be several books with even more hindsight and illumination.

A month ago the death toll in America from the virus was projected to rise to Two Million souls. That has now been readjusted to Sixty Thousand tops. Not much more than any virus that culls the herd in this country every few years. Still, this pandemic has hit us harder than a Georgia Guide Stone.

A few streaks of light seem to be peaking though the haze now. Last weekend futurist Catherine Austin Fitts, who is one of the smartest people I know, referred to the Pandemic as a Plannedemic. Have we been snookered?

The much maligned “Q” qanon.pub certainly thinks so. According to their cryptic posts they are a behind the scenes group of Patriots (Trump (Q+), Pentagon, NSA, et al)  battling the Deep State (FBI, CIA, State Dept., DOJ, Mainstream News, Facebook, Google, YouTube, et al)  behind the shadow government, or the Deep State. There is a lot at stake in this battle. Our Republic.

So who benefits? I think maybe both sides do. The battle is going on mostly by keyboard, and We the People only see the tip of the iceberg of this opaque civil war.

The narrative from Q is that there is an ongoing plan by the Deep State to destroy America, because that is the only way they can establish a Global New World Order with the 1/10 of One percent in charge. Most other Nations like China and Russia would probably be okay with that, if their leadership had a piece of the action. Our readers know this battle has been going on for at least a few hundred years, but started revving up early in the last Century with the Fabian Society and the writings of H.G. Wells (See: H.G. Wells and the New Republic – NWO).  A few people I have talked to even suspect this is all part of an elaborate scheme so complex that even Trump and Hillary are high-fiving each other when the curtain is drawn. If that is true we can only hope for Divine Intervention.

What derailed this World Domination plan was the unexpected election of Donald J Trump to the Office of POTUS. He may have known many of the players on a personal basis, but he was not part of the plan. That is why he is more maligned that any other President in history. He is considered a traitor by acting like our American System actually is worth fighting for. The counterattack by the Deep State consisted of two steps. Step 1. Impeach Trump. Step 2. Find a reason to impeach Trump. This is all coming to light now, but will anyone actually be punished besides Jeffrey Epstein?

Not that this all came on unexpected. Those of us who have been monitoring usdebtclock.org knew there would be that one black swan that would someday alight on the overburden of debt, and the avalanche would begin. I thought it would probably be a California quake or an errant missile from somewhere. I didn’t expect the plague again because it might get some of them too. But they are desperate.

I started worrying last fall that we were getting close when there were reports that the REPO Market was suddenly trading hundreds of billions overnight, but by day everything seemed all right with the stock market making new highs. Then suddenly, just weeks ago, the crisis was upon us. I don’t know exactly what the future holds, but like the JFK assassination, or 911, we will never be the same again.

The story started out that the Wuhan Market in China, was unsanitary, with the meats of bats and rats and probably elephants combining in some kind of unregulated toxic cocktail, thus creating the perfect conditions for the spontaneous generation of the killer virus. But some questions quickly surfaced. There were no bats of any kind at the Market. Patient Zero had no exposure to the Wuhan Sea Food Market. A third of early patients also had no Seafood Market exposure. Early responders in China were also known propaganda experts. Coincidentally, Wuhan is the home of China’s premiere Bio-weapons Lab.

Why on Earth would anyone use Science to make something so deadly? This is usually justified by, “If we don’t do it someone else will.”

Who benefits? Well the Chinese could use it as a cover to dispatch those pesky Hong Kongers, along with Christians, Muslims, and the Fan Gulong, who practice some sort of exercise regimens the Party objects to. Don’t ask me why.

How about the Russians? They still get blamed a lot. A few decades ago the Russians turned their spears into pruning hooks, and their shields into gold panning which they found to be more lucrative than being the Evil Empire with a dozen time zones to protect, and with a GDP less than Italy’s GDP.

How about the US?  It could be used as an excuse for a Reset of the Economy. Trump can create enough cash to get us by until his reelection, and then declare a Golden Jubilee next year, and start over to Make America Great Again. America has been insolvent for some time and he is a bankruptcy expert. If he can do this then he endsup on Mt. Rushmore. Lop off the undeserving Teddy Roosevelt and replace him with the Donald. 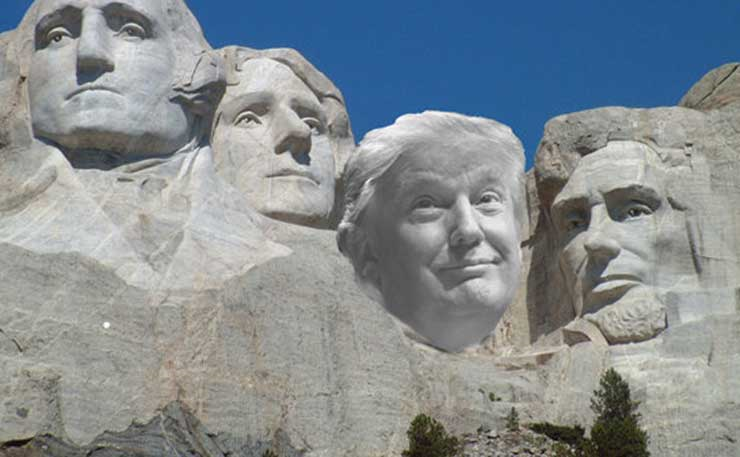 Hopefully the Middle Class gets the bailouts this time. Let the Banks reap the whirlwind of their actions. They need to get skin in this game too. We could then bring back Glass-Steagall legislation separating commercial and investment banking. We could go back to a gold standard for our currency which bring fiscal discipline and predictability to our finances.

Ultimately, I worry that this crisis will probably end physical cash, and thus cash handling, because of the fear of a Coronavirus returning, and usher in a new block chain technology type of currency, in which case the government would know everything about us and we would know nothing about them. We might even have to prove we were vaccinated to buy or sell. The ramifications would be Biblical.