Governor Inslee’s policies have forced us all to become armed, homeschooling preppers now. Inslee has accidently become a true change agent in Washington State, but probably not the way he planned. 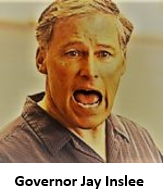 Whether or not Washington State succeeds in “flattening the curve” on the Wuhan/Coronavirus pandemic, the state’s economy has successfully been flatlined.  This will become obvious to everyone, even the bureaucrats in Olympia when they are forced to face the budget cuts coming their way.  However, flatlining the economy isn’t the only lasting achievement of recent government policies.

Democrat Governor Jay Inslee has managed to turn every Washington State family into homeschooling preppers.  In addition, he helped motivate a large percentage of state residents to become new gun owners.  Inslee also has set the foundation for the greatest downsizing in state government ever seen in Washington State history.  Republicans can’t be blamed or take credit for this cultural shift. 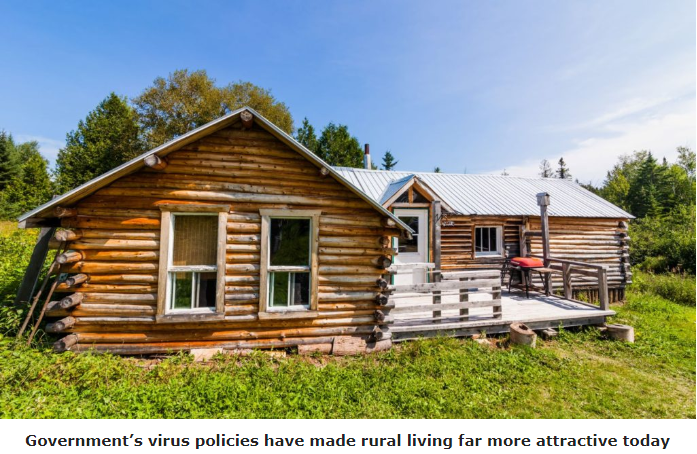 In the City of Seattle, the always entertaining Socialist Councilmember Kshama Sawant attempts to distract people by attacking Amazon with more threats of a “Head Tax.”  To my knowledge, nobody has proposed a “Foot tax” for all those residents who will be abandoning the city to more sane jurisdictions. 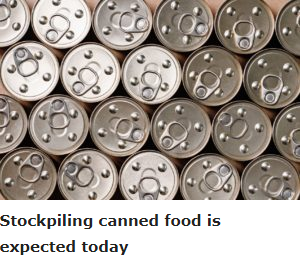 A few months ago, “Prepper” was an epitaph with negative connotations.  The idea of storing enough supplies and food at home to survive a civil crisis was viewed as “extremist” by the enlightened elite.  A few weeks later, after stressing the Costco and Wal-Mart supply chain, everyone is stockpiling what they can at home, hunkered down for an uncertain duration.  The “shelter-in-place” orders will condition the vast majority of Americans to become preppers now.  This seems unlikely to change even when the orders are lifted. 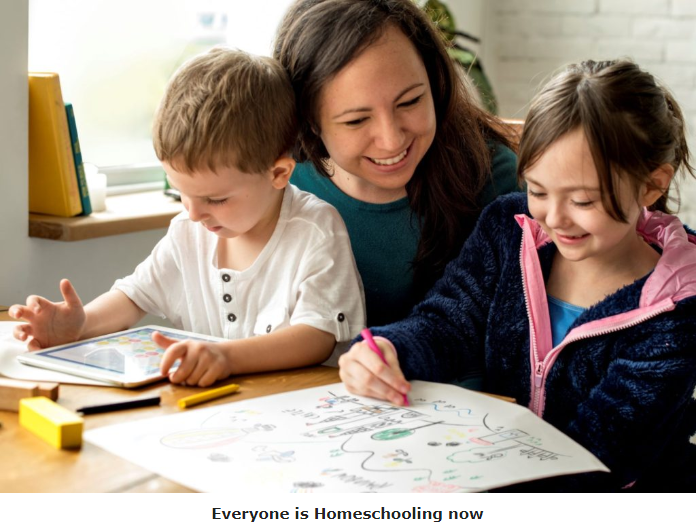 Everyone is Homeschooling now

Shutting down the schools has also exposed the public education system in a way which would never have been predicted.  With the whole family at home, “sheltered in place,” education has become a family affair.  Now that school has been officially cancelled for the rest of the school year, many families will adapt their education strategies and planning accordingly, and this will inevitably weaken the monopoly of public education.  Sure, the parents who use education as a babysitting service will be relieved next fall when (presumably) the children are back in school, but for now everyone is a homeschooler. 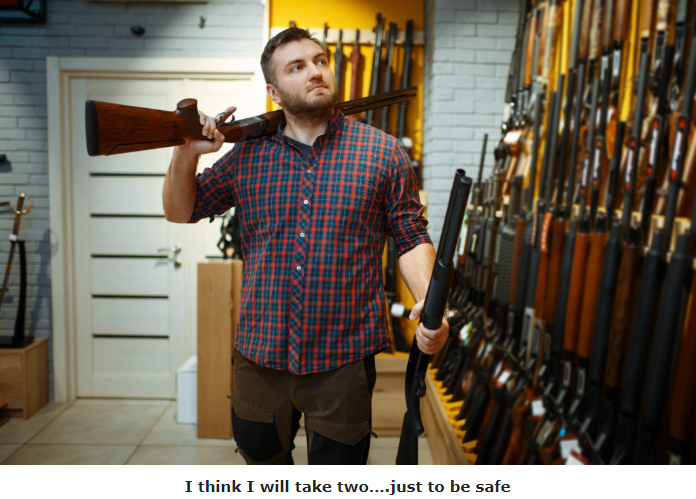 A radical and sudden increase in gun ownership rates in America, as evidenced by the sudden increase in first time gun owners over the past few weeks is an unintended consequence of the government’s virus policies.  The foolish decision by many municipalities to release violent offenders, the increasing burglary rates in Seattle (87% increase), the decisions to not enforce most property crimes, and the criminals receiving the clear message this is open crime season with get-out-of-jail free cards in Washington State, inspired a larger number of citizens to take charge of their own self-defense.  These government policies come after years of declining quality of life policies combined with experiments in subsidized urban blight in many cities of Washington as local politicians shifted hundreds of millions of dollars to bloat the Homeless Industrial Complex, encourage and support the druggie lifestyle, and mythologize the homeless camps throughout the state.  People who don’t want to be victims of crime are arming up.

Historically, the best way to increase gun and ammo sales is to elect Democrats.  No type of politician has helped grow the firearm industry more than anti-gun Democrats (which is how most Democrat political leaders identify today) , as evidenced by the radical increase of gun sales under their watch.  However, gun ownership itself is obviously not limited to Republicans, and based on conversations with many gun shop owners around the state, the increasing rate of firearm ownership by those who identify as Democrat demonstrates a widening cultural shift between the political elite (who preach “no guns”) and regular Democrats who don’t aspire to be victims any more than their Republican neighbors. 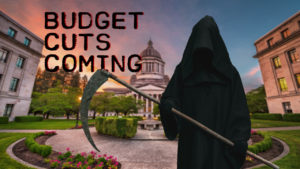 After mainstreaming prepping, forced homeschooling, and increasing firearm sales, the next political/cultural impact of Governor Inslee’s policies appear to be the collapsing state government budget.  Maybe state government can kick the can of these inevitable budget cuts down the road for a few months, but they are only delaying the inevitable.  The Rainy Day Fund is gone.  The recent token mini-cuts Inslee made to the current state budget barely scratch the surface.  The Federal grants won’t be adequate (and will be mostly focused on unemployment, health care costs, etc).  No politician alive today has ever experienced the size of local and state government cuts that will be required.  The appetite for increased taxes is gone (and with the flatlined economy, the money isn’t available for new taxes anyway).  All the usual budget games won’t paper over the crash this time.

Over the next 12 months, major state budget cuts are inevitable, and leave only two primary questions. How big the cut?   Which agencies get hit the hardest?  Not even the most aggressive small-government Republican politicians could have planned this budget outcome in their wildest dreams.  It appears that Democrat Governor Jay Inslee after flailing and failing in so many areas will create a lasting legacy after all.  The Republicans, on their own, failed to turn the state politically “Red” for several decades.  Inslee might be the guy to make Washington State go “Republican” instead.  I guess somebody finally had to do it. 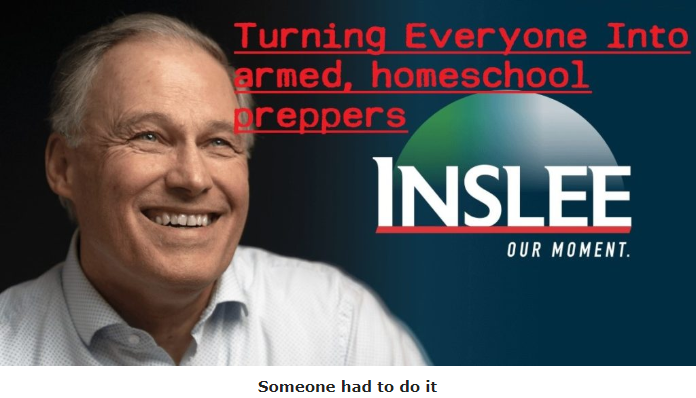