Today’s post we’re going to look at the company AIM Management, Inc., of which Doug Okuniewicz is president. You might ask why that’s important, it’s just a business. The significance bears heavily on Doug O’s desire to run to office. This 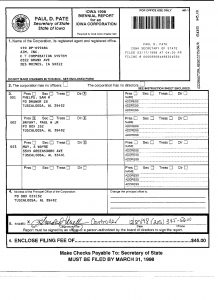 isn’t just any business, but one that has quite the story.

By all accounts, 1984 wasn’t a horrible year. Ghostbusters stole the theaters, Michael Jackson caught fire on live TV, Van Halen released a hit record, Ronald Reagan won his second election, and those were just a few of the highlights.  But that year also marked the founding of a company called AIM, Inc. in Iowa on December 13, 1984. AIM was owned by the Greene Group from Tuscaloosa, AL.

THE PURPOSE OF AIM

AIM, Inc. was founded for one sole purpose. The construction of a greyhound track, and eventual casino in Council Bluffs, Iowa. The only problem, they couldn’t legally own it due to the law in Iowa stating only a non-profit could own a track or 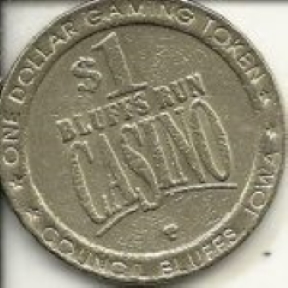 casino. So the principals teamed up with Iowa West Racing Association (IWRA) and fronted the money for the build. In return AIM, Inc. was granted a contract to manage the track which was based off a percentage of the yearly handle. Originally called Bluffs Run Greyhound Park when they opened in 1986. The park was such a huge success the loan for the park was paid back quickly. For instance in 1996 the management fee paid to AIM was $24,111,439. Remember that was just a percentage of the money that passed thru there! CLICK HERE and see page 12-13 on how they were paid.

They changed their name to Bluff Runs Casino in March 1995 with the addition of slot machines. This also marks the first year that Doug O is mentioned in the legal documents, as the slot operations manager. This was listed in the Iowa Racing

and Gaming Commission notes from February 28, 1995. CLICK HERE to read, Doug is found on page 39. Notice the other highlighted names, they bear great importance to the AIM story.

Fast forward a bit to 1997, and things are going great for the casino! We see

Doug O surface again, but this time as Operations Manager for BRC…he was climbing that ladder! We also see Doug O lobbying for slot machines. He wanted the casino to grow the number of slot machines from 1,208 to 1,228. To the right is a screenshot of pages 172-173 of the minutes (Click to enlarge) CLICK HERE to read more. Notice the bottom blue highlighted section. Doug O campaigned for the slots by claiming they would increase their ability to give to charity.  Notice in other highlighted sections slot machines in Iowa could only be used to pay off debt or increase track purses. AIM, Inc. had previously been suspected by the IRS and Iowan officials of using the non-profit as a means to shelter funds (more on that later). Yet here Doug O is claiming profits from the new slots would increase the amount they could give to charity…thru the non-profit ran by AIM principals. On page 174 Doug reiterates this point again, and is again body-slammed by White.

“He noted that BRC pays a disproportionately larger amount to charities than riverboats, thereby providing a benefit in allowing them to increase the number of slot machines. Commissioner White replied that the reason racetracks were allowed to have slot machines was to benefit the racing industry.”

The next year Doug O made the Iowa Racing and Gaming minutes again. Mostly regarding normal business. But there was one mention of something huge, that

helps us understand Doug O and AIM’s money making ways better. Remember in the previous paragraph the commission stated slot machines could ONLY be used to pay off debt or increase track purses. Here we have Doug claiming AIM would get 40% of the $200,000 the 20 new slot machines would bring in, with no mention of applying it to debt or purses. Hilariously Commissioner White told Doug he wouldn’t approve a contract AIM to make money for doing nothing. CLICK HERE to read more. This exchange is found on page 65.

THE END OF AN ERA

1999 marked the end of AIM’s interest in BRC. IWRA decided to break contract with AIM and sell the casino to another company. On page 13 of Bluff Casino’s 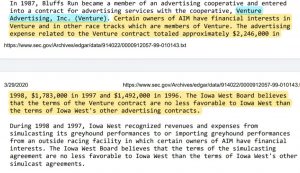 Financial we find the entry, seen to the right. Venture Advertising was a sister company to AIM, Inc., both being owned by The Greene Group from Tuscaloosa, AL. IWRA was irked that they felt slighted off by AIM. Take note that AIM paid themselves to advertise by funneling money to a sister company. This point will be referenced again in a future post.

Just below the yellow highlighted section in the above image, we see IWRA is miffed that AIM was importing simulcasts from other tracks they owned independent of the IWRA. This was a way for AIM to make additional funds from their other tracks, which bypassed IWRA, and straight into their own pockets. One of these tracks was the Greyhound Park in Post Falls. We’ll get to Greyhound Park in a future post, it’s a yet another crazy piece of this puzzle. 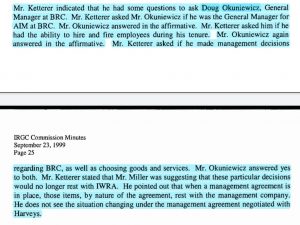 representative for AIM. Remember Paul Bryant Jr. was the president of AIM and there were two directors. Yet we see here Doug stating he was the General Manager for AIM and could make decisions for the company. Since he’s not listed in any of the documents listed at the Iowa SoS, did he have the legal authority to do so? 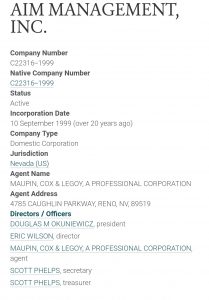 million. This is also referenced in page 16 of THIS DOCUMENT. Additionally they received an estimated 2 million for equipment reimbursement, and $760K for other reimbursements. Despite losing the track, they still had a lucrative buy out!

On September 10, 1999 AIM Management, Inc. was founded in Nevada. 7 days later AIM, Inc. was merged with this new company, and the Iowa company was then dissolved. CLICK HERE for these papers.

AIM AND THE SLOTS

Soon after the business merger, AIM popped on the radar again. On June 13, 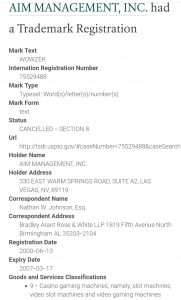 2000 the name Wowzer was registered as a trademark with the US as a “Casino gaming machines, namely, slot machines, video slot machines and video gaming machines.” They had applied for this on August 3, 1998. With another called “Mad Scientist” applied for the following year. It is unclear if this was a point of contention with the IWRA seeking to end their contract early. But it is quite possible these were the machines Doug was attempting to add to BRC. If so, this would give AIM another source of income from the casino.

After their first two patents, AIM registered 16 more. All for video or slot gaming systems. Their last trademark expired in 2013. It is unclear at this time how many of these names were used by gaming manufacturers, or if any are currently in use on machines in casinos. CLICK HERE to see the list.

Along with the trademarks, in 1997 Doug O applied for his first patent, which was granted in 1999. Soon after he applied or has renewed patents a total of 49 times, with at least 26 unique patents granted. We mention this briefly HERE, and all 49 patent approvals can be found HERE. AIM’s website GAMING-PATENTS.COM is one of the avenues they market these patents, which they call the “Okuniewicz System”. 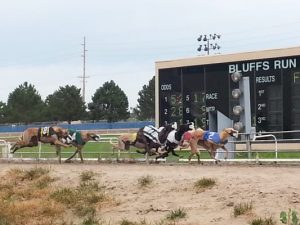 vested interest in the gambling industry, specifically with slot machines. This is the same sort of machine he lobbied for more of in 1997-98 in Iowa, and again to have legalized here in Idaho. Not only does he desire these for his employer to make money, but he makes money in turn with the machines as well.

Let’s review that in a list to make it easier, with a few new additions: 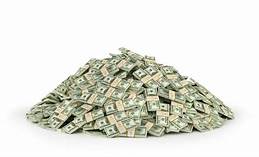 To further complicate things, CDA Racing is the number one donor to the Winning for Idaho PAC, having donated $401,498.20 to date…and counting. This PAC has only taken in $433K overall. CLICK HERE to see all of the donations. But this is a subject for another post, as it needs properly addressed.

Is Doug going to quit his jobs and relinquish his rights to gaming patents? Will he sell any stock he owns in gaming manufacturing companies, casinos, or other gambling interests? Unlikely on all accounts. Why would he give up a huge yearly income for the small salary of a state legislator?

This all points to something much bigger and contrary to what Doug claimed in his LETTER to the KCRCC. He’s been involved in the gambling industry for at least 25 years. He campaigned heavily to have slot machines legalized in Idaho (another upcoming post). He has lined the pockets of state legislators that would help him get it passed. This makes him the perfect vessel for his employer Greene Group to get legislation passed that would allow non-tribal casinos in 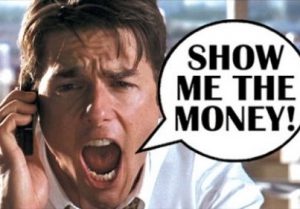 Idaho. They see Idaho as a goldmine if this legislation is passed.

Our posts are not about whether gambling is morally right or wrong.  Instead our point is to illustrate Doug and the companies he represents stand to make billions if he gets legislation passed. This means he has one true motive…money.

Do you really think it’s wise to vote for a guy that has purely financial motive behind him?

One last thing. Notice the points of possible corruption in this post.

These questions are all pertinent to our next post on Greyhound Park in Post Falls. Oh boy, are we in for a ride on that one folks…buckle up!

Vote wisely, and don’t forget to order your absentee ballot.

A big shout out to Boiseleaks.org for first highlighting Doug O. Thank you for getting the ball rolling.