Democrats, Americans Are NOT that Stupid!  Russia would back $anders NOT Trump!!!

Democrats, Americans Are NOT that Stupid!  Russia would back $anders NOT Trump!!!

These new Democrats are absolutely evil, lying, propagandists who with their fake news media comrades will literally say anything with no proof whatsoever to destroy President Trump and steer us toward Socialism for UN/globalist control.  Just this morning, the despicable NY Times planted another gigantic seed, leftover from the last 3 years, with an article titled: ‘Lawmakers Are Warned That Russia Is Meddling to Re-elect Trump.’

Give us a break!

President Trump has been overwhelmingly exonerated from this biggest of hoaxes in American history.  Yet, where are the prosecutions from our Justice Dept. that appears to be all ‘deep state’, after 1 yr. of Attorney General Barr.  Literally all the many crimes committed in this travesty against America by the Teflon Democrats & deep state RINOs have miracously been overlooked and literally all offenders seemed to slither away in the night.

Barr appears to be another Jeff Sessions, just there occupying a seat and keeping the lid on all the documented crimes with occaisional news appearances on interesting issues. President Trump needs to recognize he’s being duped. The last straw for me with Barr was when he whined this week about Trump’s tweets.  If you can’t take the heat, get out of the kitchen. That criticizm of his boss was uncalled for and was capitalized on by Trump’s detractors. 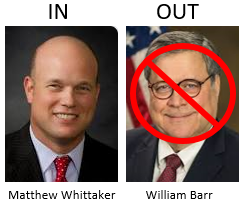 Since it is questionalbe about whose side he’s on and his lack of prosecutorial performance, I say OUT with Barr and all his deep state minions and IN with someone like former acting Attorney General Matt Whittaker who would be wise to bring in all new staff, preferably all from outside with no tentacles attached to them.  We would be better off with OJT (on the job training) newbies than this batch of deep state clingers controlling justice their way.

Preposterously, on the Russians backing Trump again, I can hear the pitch from the fake news world “Are you going to believe your lying eyes or believe what we tell you?”  Well, most Americans’ eyes have seen Obama telling Russian President Dmitry Medvedev in 2012 in his hot mic moment “Tell Vladimir that after my re-election I will have more flexibility. And most recently they have not only seen ‘the Bern’ run his mouth about how much he enjoyed his honeymoon in Russia, it’s beauty and how well their trains run on schedule, but also shockingly they have seen Sanders campaign staffer Kyle Jurek say on camera ‘Guillotine the Rich,” Republicans Go to the New Gulag for “Re-education’ 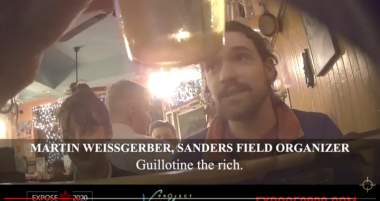 Martin Weissgerber, another Sanders campaign aide in South Carolina, agrees but would go much further, he told an undercover Project Veritas reporter (video below).

He promises to murder the rich if Sanders is elected.

More on Weissgerber in the newamerican.com’s above article “Guillotine the Rich…:”

“Unhappily for Sanders, the PV video exposed the truth that crazed, communist radicals are deeply involved in the senator’s campaign.

First on Weissgerber’s agenda, and presumably Sanders’, is overturning representative government by dissolving the House and Senate, then permitting Sanders and his Cabinet to run the country.

But that plan makes sense given Weissgerber’s upbringing and his view of the Soviet Union, which he apparently imbibed with his mother’s milk.

“I think I was radicalized from the day, first day I was born,” he said:

My dad, is a Marxist. Like, straight-up from Belgium…. He took part in Paris ’68 and all that, which is really cool…. I’ve always made it, I’ve always been unapologetic about it since I was younger, I always said, you know I’m a Communist…. In my house, we had, you know Das Kapital, Engels, and Marx and all that sh*t…. I’m a Communist that believes in direct democracy, direct communes on everything. Pretty much, Anarcho-Syndicalism. Unions everything. I hope, but I don’t know how effective that is in addressing climate change, for instance.

Weissgerber’s mother is a radical leftist too, but in any event, a college education incubated his love for the Soviet Union. “That’s what I studied in college, I studied Russian his– … Soviet history,” he continued. “I became the resident Marxist…. But, yeah, I’m all about the complete seizure of the means of production, nationalizing everything.”

Really?  It is has to be obvious to anyone capable of paying attention to actual factual news who Russia would actually back.  Also, anything from the NY Times (think Goebbels) must be suspect of being outright propaganda. 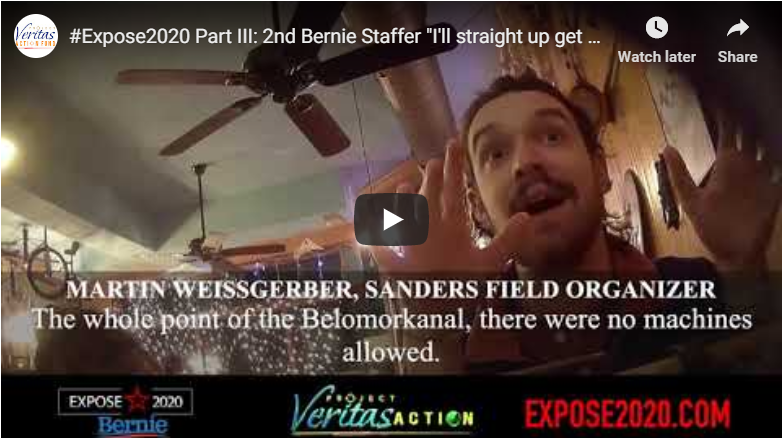