Are Idaho Citizens Being Played?

In PART 1 – Handing Over Idaho on a Silver Platter, I shared how Idaho is not that different from other liberal states when it comes to allowing bad policies to slip into our state laws, codes, and regulations that covertly undermine our state sovereignty.  I also shared how Private Public Partnerships (P3s) and regional government are commonly set up as the structure to further erode individual representation and replace jurisdictional boundaries with quasi-controlled collaborating associations or commissions that lack accountability and accessibility to citizens.   This maze of “teaming up” and consolidating government activities across regional boundaries, undermines the authority and control granted to elected officials and further dilutes accountability to citizens.   The end result is loss of liberties and freedoms for citizens and the inability to run our state locally.  If you didn’t read Part 1, I encourage you to do so (LINK to Part 1).  In Part 2, I hope you will understand that following the money trail is the best way to expose the real source behind where these policies, goals, and agendas are coming from. 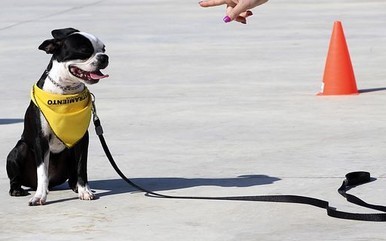 Who Is In Charge?  Who Should Be?

How our Idaho government is supposed to work is fairly simple.  We are a representative republic, where all power is in the people, and government is designed to work from the bottom up.  Ideally, during the process of making laws, citizens share their legislative ideas with their state legislators (senators and representatives).  Legislators meet annually in Boise for a 3-month session (Jan-March) to present and debate the citizen-initiated ideas.  Ideas are presented in draft bill form, first through a committee process and if passed out of committee, are then eventually voted on by both the House and Senate.  If passed by both chambers, a bill goes to the Governor to be signed into law.    Seems like a straight forward process.  Unfortunately, this is not what is happening in Idaho’s government today.

The reality is that most of the legislative ideas from citizens are rarely promoted.  Hundreds of ideas from “experts,” “professionals,” “agencies” and “organizations” are pushed using high pressure lobby groups and well-funded non-government organizations (NGOs) to pass law, often with little consideration or input from the average Idahoan.  Lavish lobby dinners and large special interest campaign donations to legislators now routinely replace one-on-one conversations with constituents.  Not only are citizen ideas often overlooked, but many times they are intentionally locked in committee chairman drawers and denied a chance to be debated publicly.  All these tactics silence the voice of the citizen.   Some legislators, possibly tired of trying to fight for the citizens’ voice or their freedoms (and possibly full of steak and wine from dinner parties), decide it might be easier to take the path of least resistance rather than go against the political machine.

Whose Goals, Agendas and Policies are Being Promoted in Idaho and How is It Happening?

I have discussed in past newsletters how the Idaho legislature routinely inserts federal bureaucratic rules and regulations directly into Idaho state code because it’s “easier” and less time consuming than creating or debating Idaho-based ideas to address Idaho issues.  This forces Idaho to become the enforcement arm of the federal government’s decisions.  Many times, these far reaching policies and laws coming into Idaho are a very poor fit for the issues faced by the average Idaho citizen.  Another way bad policy becomes bad Idaho law is when the Idaho Attorney General’s office refuses to exercise our state sovereignty right or to adhere to our state constitution.  Bowing down to federal court opinions and allowing state agencies to change our code accordingly, erodes the check and balance between government and citizens.  A good example of this is the 9th Circuit Court’s 2019 opinion that an Idaho inmate should receive gender altering surgery paid for by Idaho taxpayers. Over $300,000 tax dollars have already been spent in the continuing court battle and this does not include the high medical costs taxpayers will provide for the surgery.   Another example is Idaho ignoring enforcement of our state constitution’s definition of marriage and capitulating to a court’s opinion.  Courts are not authorized to write Idaho law.

One of the best ways to determine whose goals, policies and agendas invade our state government is to follow the money.  A paid lobbyist promotes ideas and legislation for financial or perceived societal gain.  A visit to the Idaho Secretary of State’s Elections website can provide you with a list of all Idaho lobbyists and Political Action Committees (PAC), the legislators who receive their donations, and how much is spent to influence policy.  If you don’t like how your elected officials are being influenced by agendas that don’t align with your ideas, you can address the problem during the next election process using the ballot box.

(LINK to the lobby reports)    (LINK to campaign reports)

One of the most confusing, misunderstood, and dangerous ways bad policy invades Idaho is through a huge maze of NGOs, Non-profits, Foundations, Regional Associations and Memberships.  All of these apply pressure and influence over our elected government officials and bureaucrats. What is worse is that Idaho is paying these groups with your tax dollars to share and promote their agendas. Efforts by many of these organizations are ongoing in our state to consolidate control over jurisdictional boundaries and thus weaken our republic form of government.  For decades now, progressive political scientists have often defined this new centralized style of government as marble cake federalism with the hope of changing our government away from a republic.

Marble Cake Federalists are people who seek to undermine state authority and our Republic form of government by promoting the idea that local state and national governments should not act as separate jurisdictions, but instead should combine to act as a centralized source of governing for policy, administrative duties, and eventually law enforcement. This governing style is sometimes referred to as cooperative federalism. 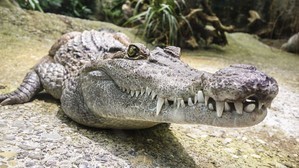 Any time a “regional team” of people makes decisions on how you should live your life, or what you can and can’t do with your property, you better pay attention.  When these same “regional teams” are using your tax dollars to do it, you really need to pay attention.  Distributing your tax dollars back to you in the form of grants and loans (after paying for their own administration costs (i.e. salaries) equates to losing your state sovereignty, personal freedoms, and liberties.  When the state and federal government “team up” through regional government to bring you nice things, or try to “protect you”, they set up the structure to remove freedom and regulate you in ways that erode representation. 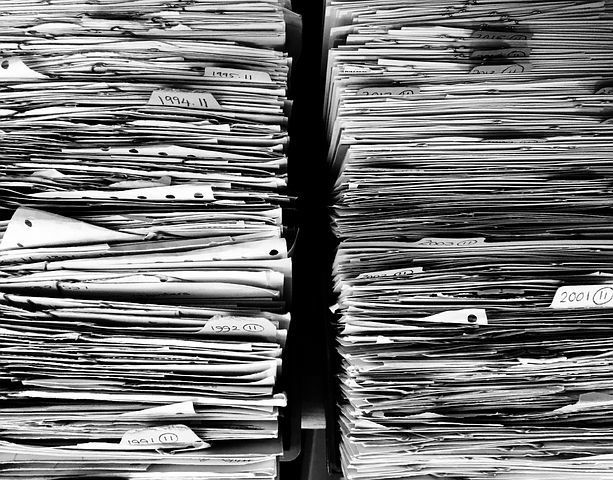 Last year I requested a list from the State Controller’s Office that showed how much money was being spent by various state agencies on NGO’s, non-profits, memberships, subscriptions, and similar expenditures.  I was overwhelmed with the 750+ line items of over $5 million dollars of tax payer money being spent in these categories.   Many of these line items reveal membership to regional groups that promote marble cake federalism ideas.  You can view the entire results of the records request by clicking here:

Researching many of these memberships and their associated groups uncovered some disturbing information.  Here is how it works: 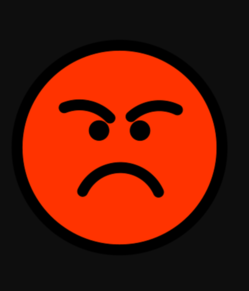 Here are just a few examples of the hundreds of line items I looked into:

I attended the December 3rd WGA conference to better understand the depth of this relationship.  What I learned is disturbing if you live in rural Idaho.  The WGA initiative this year is called Re-Imagining the Rural West. Using cliché’s like “sustainability” and “workforce development” for rural communities, the WGA promotes the idea that rural areas may be lacking quality of life. If you live in rural Idaho, the WGA proposed ways to make your living conditions more energy efficient, provide you better access to health care, provide you outdoor recreational opportunities, and bring you broadband access.  Sounds great but at what cost you might ask? It appeared there was no end to the federal (tax-payer) funds used to make your rural living conditions more aligned with the arts and culture of urban areas.

I personally believe the real reason for their “Re-imagining the West” is that many citizens are outside of their zones of control due to our independent nature and self-sufficient life styles. Planning and zoning classification rules may assist in the “endless opportunities” provided by federal and state loans and grants to make your “rural life” more equal to those urban folks!  While the ideas may seem wonderful and appear that the government is trying to help you more, it is not the proper role of government to intercede in this manner and to encourage centralizing more power into the governing. Tyranny is the common end result of more centralized power. 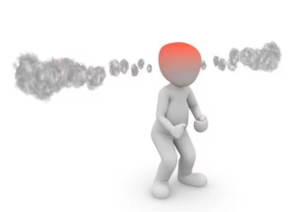 Why are Idaho taxpayers unwittingly forced to fund the WGA who wants to “re-imagine” our American West and over 500 other similar organizations at the state level?  Because the legislators (possibly unknowingly) fund it.  All of our counties and cities participate in the same scheme that fleeces the uneducated and un-engaged tax payer.

My hope with Part 3, the final in this 3-part series, is that you will learn what YOU can do to make a difference and make government work from the bottom up.  The Marble Cake Federalists with their goals, agendas and policies are not going away, and if citizens don’t wake up and do something soon, Idaho will continue implementing more undesirable and unwanted global agenda with far reaching consequences.   In order to actually be able to help Idaho remain sovereign, you really need to understand the above information.  If we do not understand where and how the money is being funneled and the accompanying social agendas, we will not be able to fix the problem.  Please take the time to really understand this newsletter. 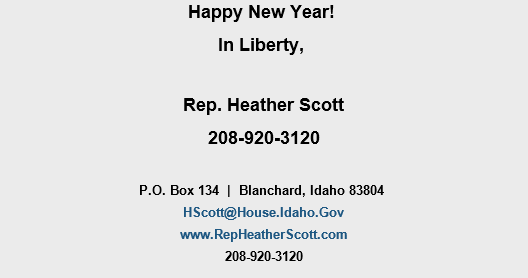