Handing over Idaho on a Silver Platter (Part 1) 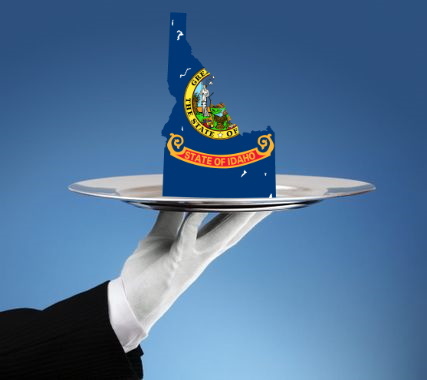 Handing over Idaho on a Silver Platter (Part 1)

Is the State of Idaho being complacent, manipulated, or purposely implementing a plan to relinquish our State sovereignty?

Idahoans are, and have always been, a different type of people.  Rugged, self-sufficient, and independent, we love our beautiful state and believe it is the best place in the country to live.  We believe in law and order but dislike government being used to regulate us like a nanny state. As a legislator over the past five years, I have observed some disturbing changes in our state, and with the recent Executive Branch proclamation celebrating “Indigenous People Day” instead of Columbus Day, I believe we all have good reason for concern. Idaho has been following in the footsteps of other states that embrace many ideas and agendas which are harming them as well as countries around the globe.  To name a few:

The list could go on and on. Without debating the merits of these issues, let’s ask the questions: HOW is this happening? WHO is allowing it to happen? WHO is promoting it?

While it is easy to blame politicians, influences from new folks moving to our state, or our neighbors who are not getting to the polls and voting, we need to look further and deeper.  We should not blame the undermining of our Republic and loss of our state’s control to one single decision, event, or election.   It has happened over time.  Our republican form of government is meant to be a system of government where a state is ruled by elected representatives of the citizen body.  The states were never intended to be mere implementation centers for federal policy, nor subjects of the federal government. State borders and jurisdictions exist for a reason, and a primary reason is to restrict large centralized government from exercising top down control.

How is this happening in Idaho?

A few years ago, I had a legislative committee chairman share with me his view of federalism.  He said, “The federal government is like the parent and Idaho is like the child, and we just need to do what we are told.”  I found those words quite disturbing.  The state-federal relationship should look more like a sibling relationship, rather than a parent-child relationship.  Recently another troubling comment from a legislative committee studying “Federalism in Idaho” was that “federalism is a sharing of powers over the same area such as land.”  Both of these statements indicate a profound misunderstanding of the proper function of federalism in our republican form of government.

A quick review of some American History before getting to the root of this issue.

Often, we hear the word ”federalism” misused and misunderstood.  Federalism in the United States is sometimes referred to as the doctrine of shared sovereignty, which is meant to indicate the constitutional division of power between state governments and the national government of the United States.  This distribution of powers in our government was originally set up to de-centralize and dilute governing power in an effort to stave off a tyrannical government.

Try to visualize all of the governing power in the United States of America as a pie.  The ingredients to make this pie include a 1) Republican Form of Government, 2) Federalism, the 3) Constitution and our 4) Unalienable Rights.  The whole pie belongs to the People, and represents all governing power.  This power is spread out and diluted to prevent government, at any level (state-federal-local), from getting too much of the power (or too big of a slice of the pie).  The powers delegated by the People of all the states to the national government are enumerated in the Constitution.  These powers were intended to be sufficient to hold the union (our nation) together, and no more.

A Republican form of government is a type of government that is ruled by representatives of the citizens. I like to refer to this as “bottom-up” government.  Federalism is the division of powers between the states and national government.  Most of the pie (governing power) belongs to the state.  Each state may further cut up their slice into smaller pieces of the pie and give power to smaller authorities within their state (e.g., counties or cities).  Our Constitution was a social contract set up between the People, through their respective state representatives, and a national governing authority with limited and defined powers. Unalienable Rights are those bestowed upon all citizens by their Creator.  Because these rights come from God, they cannot be taken away by man, or government.  This was the original pie recipe for the United States.

Over time, the states (and ultimately the citizens) have allowed the ever-creeping national government to operate outside of its clearly defined jurisdictions.  Those jurisdictions are delineated in Article 1, Section 8, of the Constitution. The original balance of power between the governments of the states and the national government has shifted.   What we have now is a form of government that is moving away from the Founding Fathers’ design, the original recipe for American government pie. The states have steadily ceded their sovereignty and jurisdiction to a national, and increasingly centralized, U.S. government.  This is precisely what the Founding Fathers feared.

Two methods to transform our Republic into a government that our Founding Fathers wouldn’t even recognize.

Have you ever contacted a government official to address a concern and gotten the run around?  You call elected official A.  He directs you to bureaucrat B, who claims it is elected C’s responsibility.  Frustrated, you call elected official X who rambles on about planning, policies, regional areas, grant requirements, then directs you to federal employee Y.  Many folks become frustrated with this non-accountability game, disengage and grumble about the mess we are in.  What you may be witnessing or experiencing is regional government at work.  With so much collaboration going on, even the governing may not understand who has what responsibility.  Regional government is purposely set up to benefit the governing officials, bureaucrats, and special interest groups who collaborate and claim that regional planning will make things more efficient.  The question we may need to ask is “more efficient for whom?”  Idaho citizens should be aware of how our republican form of government is being transformed into a system of federalism that is more like the tyranny our founding fathers were trying to escape from.

1.  Regional Government: An additional new ingredient to convert a republic form of government into a centralized top-down system.

Center for Self-Governance (link) a non-profit that teaches and trains citizens in foundational and applied civics and state constitutions, describes regional government and how it works below.  This is the best explanation I have found and credit them for their excellent analysis on this issue below:

Regional Government is government of, by, and for the governing.  It is governance based on the regional aspects of a specific social or economic issue (e.g. land, water, forest, agriculture, climate, taxation, law enforcement, health, etc.) rather than fixed political boundaries for a county or state. It requires ‘cooperation’ and a ‘wider outlook’ on the part of public personnel (the governing) at all levels of government. It eliminates fixed political boundaries, eliminates the separation of powers within those boundaries, and makes it impossible to remove representation by elections.  Regional government trains local and state elected, appointed and public employees to function as ‘administrators’ of national planning and development policies, ultimately resulting in a single jurisdictional national government, with variable political boundaries – called regional government.  There are over 62,000 un-elected regional bodies and 35,000 elected regional bodies nationwide.

Sold as the “Solution”

Regional government is sold to citizens as the best “solution” to fix social and economic issues at the local level of government while it was negotiated or decided by a larger collaborative outside the local level of control.  Regional government is sold to your state and local elected, appointed, and employees as the “solution” to deal with growing population challenges related to such issues as housing, land use, land ownership, “sustainability”, educational fairness, and other social problems.

Once in place, the regional entity allows local, state, and federal public personnel to closely cooperate, collaborate, coordinate, share resources, and administrate these challenges together. While this makes sense to the governing and has tremendous economic advantages, the boundaries and controls become unclear and blurry to the governed which is not good for necessary checks and balances on the governing or long-term relations between the governing and the governed.

Social issues (such as race, poverty, abortion, etc.) and economic issues (land, water, forest, etc.) are used as ‘single issue’ tools to create regional authorities, made up of local, state, and federal elected, appointed and/or employees. Local government public personnel administrate and carry out the national planning policies, surrounding the social and economic issues, via a regional authority.

The framework for the regional authority is created by the State governments via a State Constitution or statutes.  The new regional government is then created by “cooperating” jurisdictions within that region.  A regional government making decisions for local citizens could include elected officials, nonprofit organizations, bureaucrats from various agencies, or business partners.

Most citizens are unaware of the existence of regional government and do not understand how it is making decisions that directly affect them.  Learning where regional governments are operating in our state and determining who they are accountable to is a critical step to shedding light on this issue. 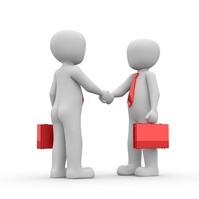 One last term to familiarize yourself with: Public-Private Partnerships, or commonly referred to as P3.  P3’s are coordination and collaboration relationships between a private entity and a government. These are becoming more popular in Idaho.  There are many questions to be asked about these arrangements when it comes to transparency, public participation in decision making, spending public funds and citizen representation.

There is so much more on this topic, but it will have to wait for Part 2 of Handing Over Idaho on a Silver Platter.  Next time I hope to show how lobby organizations, international interests, and federal agencies use foundations and non-governmental organizations (NGOs) to implement policies and agendas that are often obscure and anything but locally-derived and locally beneficial. In the meantime, if you would like to learn more about our current system of government, what our state Constitution actually says, or how regional government has been set up and operating in Idaho, I would encourage you to visit the Center for Self Governance website (link)   to learn more.