On July 21, 2019 a CDA Press editorial shared information regarding a previous elected official, Senator Kent Bailey who had a bankruptcy on his record.  The then incumbent thought that the information could be used to discourage voters.  However, it seems that Senator Bailey was struggling financially to keep his terminally ill wife alive and he was subsequently elected to the Idaho Senate for one term.  Today, they report a Sheriff’s candidate, Rick Whitehead’s bankruptcy that needs to be questioned.  The Press is requesting additional information about it from him.  The CDA Press made a commitment to the voting public to further investigate candidates for “financial competence” in the article.  Confidence in reporting is important to the voting public as well as investigating candidates.

If that’s the case, the CDA Press needs to be exposed for its duplicitous reporting.  The CDA Press explained away their employee’s soon to be County Commissioner bankruptcy because it was due to illness. The article regarding Sheriff Candidate Rick Whitehead’s bankruptcy indicated they believe it warrants a better explanation.  Well, a better explanation for their former employee and current County Commissioner Bill Brooks needs more explanation too.  Commissioner Brooks wrote the Consumer Advice column called ‘REMEMBER BILL BROOKS – He’s on your side’ for the CDA Press. 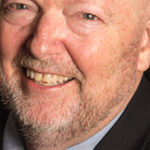 Commissioner Brooks’ 1st bankruptcy was filed in Oregon, 1993 and the 2nd bankruptcy was filed in Idaho on February 2, 2015.  The CDA Press only reported on one bankruptcy and not a pattern of bankruptcies.  In questioning Mr. Whitehead’s bankruptcy the Press also stated that the voting public has a “right to question fiscal acuity given his desire to hold a position of public trust that demands impeccable financial competence.”  What happened to the reporting in their former employees’ case?  They thought it was “acceptable” because the bankruptcy occurred due to medical bills.  If so, then the standard of Mr. Brooks documenting that bankruptcy information to the CDA Press would warrant if that is true or not.  What about the first bankruptcy in Oregon?   Was that due to medical bills also?   Did the Press request documentation in either case?  If not, then why are they requesting proof from the candidates now?

Did they mention his DUI (driving under the influence) from Alaska?  Granted the DUI was years ago on December 28, 1987 in Palmer, Alaska.  The Officer’s complaint indicated that the vehicle crossed the centerline with oncoming traffic by more than four feet and the vehicle nearly hit the guardrail.  He was arrested and convicted.  I never heard that reported in his Consumer Advice column that the CDA Press carried called ‘REMEMBER BILL BROOKS – He’s on your side.’   In the Alaska DUI case, he was on the wrong side of the road and thankfully it wasn’t my side!

Perhaps the CDA Press would like to provide their version of the type of investigations that they will be conducting on candidates for Sheriff or other offices AFTER they explain their lack of effective reporting to the public.  They provided their employee Bill Brooks a column and their name effectively endorsing him and giving him free advertisement for that position.   Kootenai County Commissioners have financial oversight for the 3rd largest county in the State of Idaho.  As a taxpayer, you deserve nothing less than unbiased candidate reporting.  The CDA Press has yet to meet that standard of reporting. 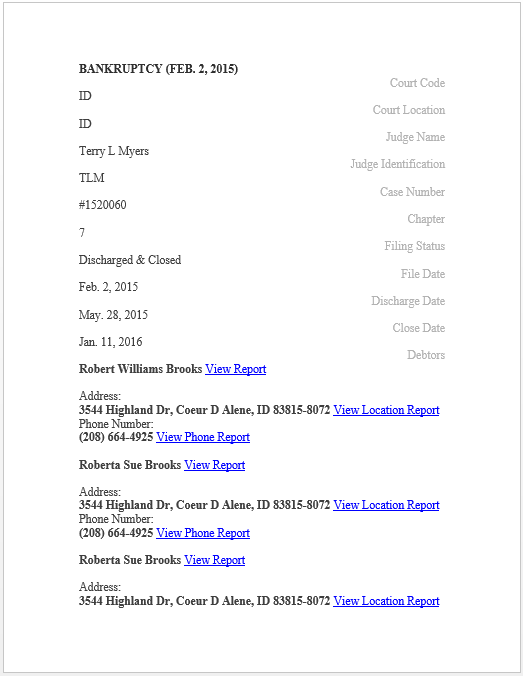 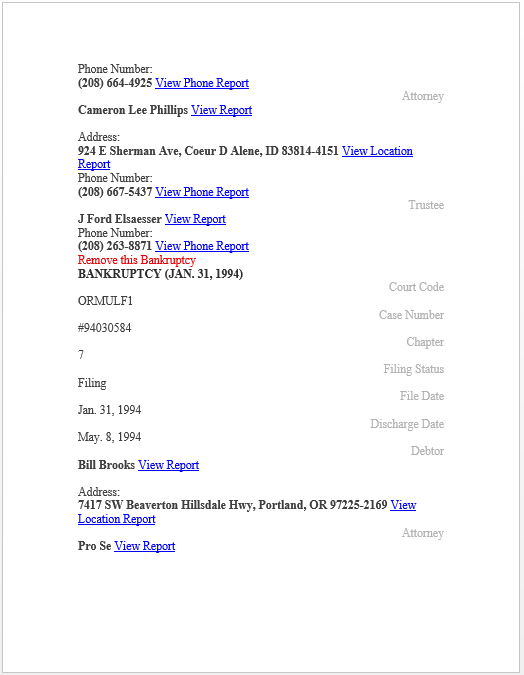 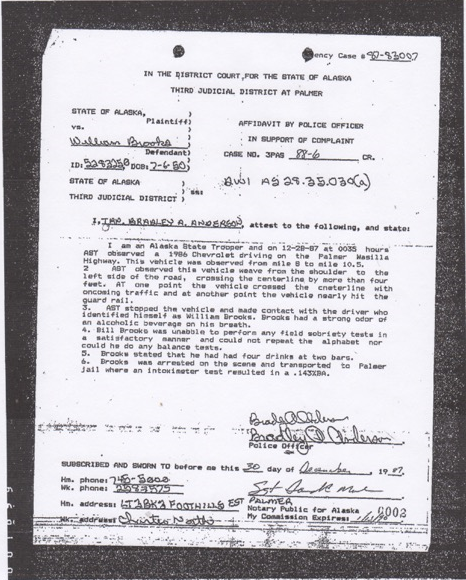 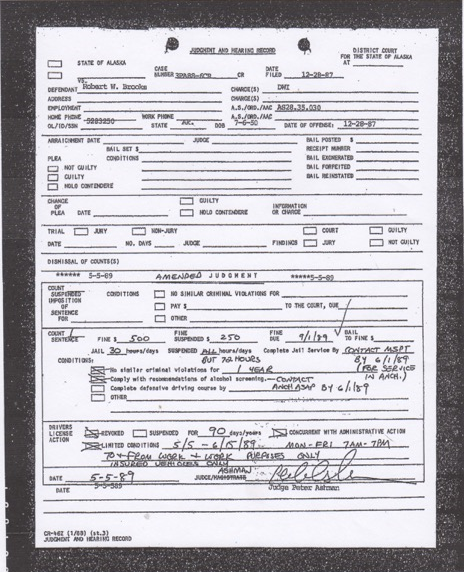