ANSWERS TO FREQUENTLY ASKED QUESTIONS ABOUT SEX ED IN IDAHO 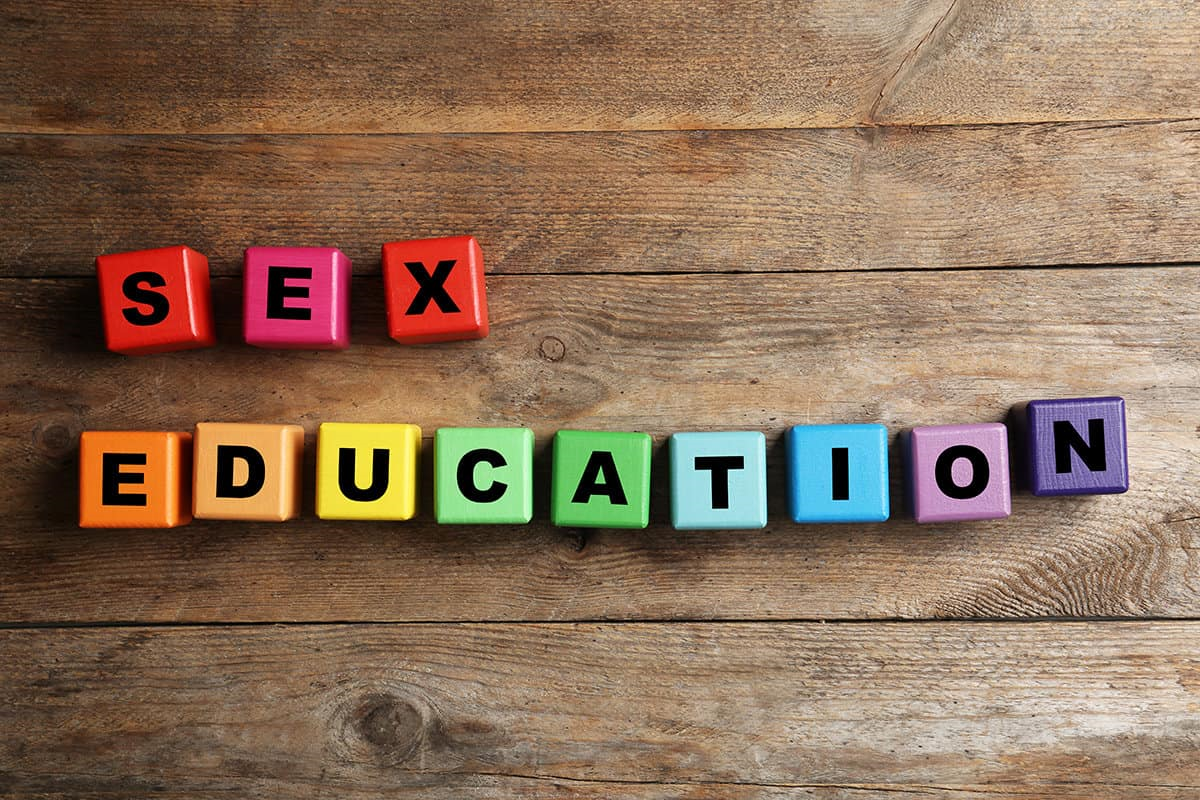 ANSWERS TO FREQUENTLY ASKED QUESTIONS ABOUT SEX ED IN IDAHO

How is this happening? Follow the money and the curriculum from the federal government through Idaho’s Department of Health and Welfare (IDHW) to Idaho’s health districts.

Federal grants adopted by IDHW are being used to purchase curriculum and training from an offshoot of Planned Parenthood known as Education, Training, and Research (ETR).

Is Reducing the Risk in your child’s school? We do not know. Here is what we do know. All seven of Idaho’s Health Districts recommend or implement RTR in local public schools. Greg Stahl, an IDHW spokesperson, told AP that “the curriculum is currently taught in 14 schools, between grades 8 and 12, in Idaho.” He did not say which schools or school districts. The IDHW claimed that around 600 Idaho students completed the program in 2019 alone. In 2021, that number rose to 750 youth in grades 7-12 at 18 sites. The exact number may even be unknown to IDHW, as it sometimes says 14 and other times 18.

The Reducing the Risk program is designed for high school students, but the IDHW reported to the federal government that it is being taught to children as young as 12 in middle schools.

Idaho Freedom Foundation has submitted a records request to the IDHW, asking which schools have administered or taught Reducing the Risk. Local schools and districts are not required to announce their adoption of this curriculum, nor are school districts required to notify parents that they can opt their children out of the program under existing Idaho Code.

The table of contents includes chapter titles such as “Abstinence.” Abstinence used to mean abstaining from having sex. If people only look at Table of Contents and if they think abstinence means abstaining from sex, they might conclude that RTR refrains from offering radical ideologies. The RTR curriculum redefines abstinence to mean engaging in sexual activity while reducing the risk for pregnancy or STD/HIV. 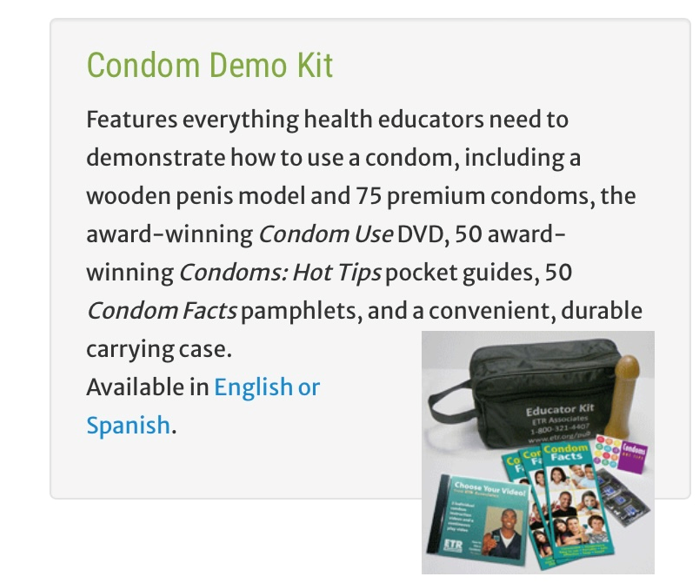 The IDHW program website directs students to Planned Parenthood clinics–this too is consistent with the New Abstinence. The updated RTR curriculum, released in 2020, is LGBTQ inclusive, instructing students in gender identity and sexual orientation. Same-sex sex is also an example of the New Abstinence, according to the RTR program, since it does not carry the risk of pregnancy. 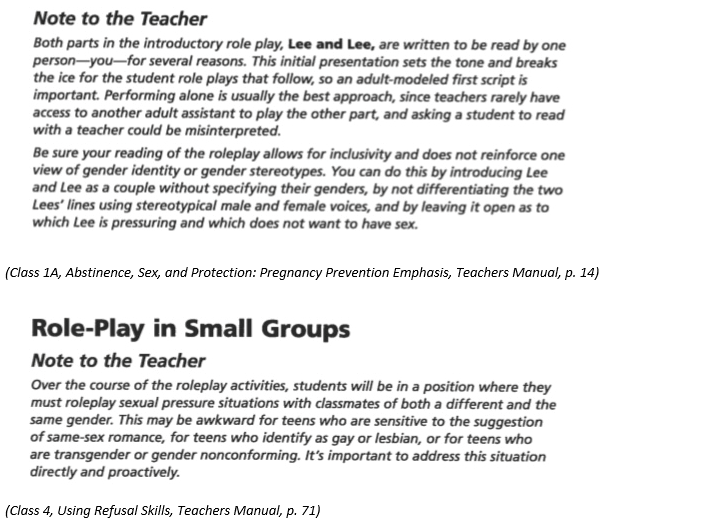 Promoting high-risk sexual behaviors, gender identity and encouraging children to use abortion clinics is not teaching abstinence as people have always understood the term. So Planned Parenthood changes the meaning of the term to make it acceptable to normal people.

The media and the IDHW have not acknowledged the existence of these graphic sexualized resources targeting children. KTVB claimed that “none of this content is present,” but this is because heath districts have removed the objectionable promotions from their websites (as we have shown). 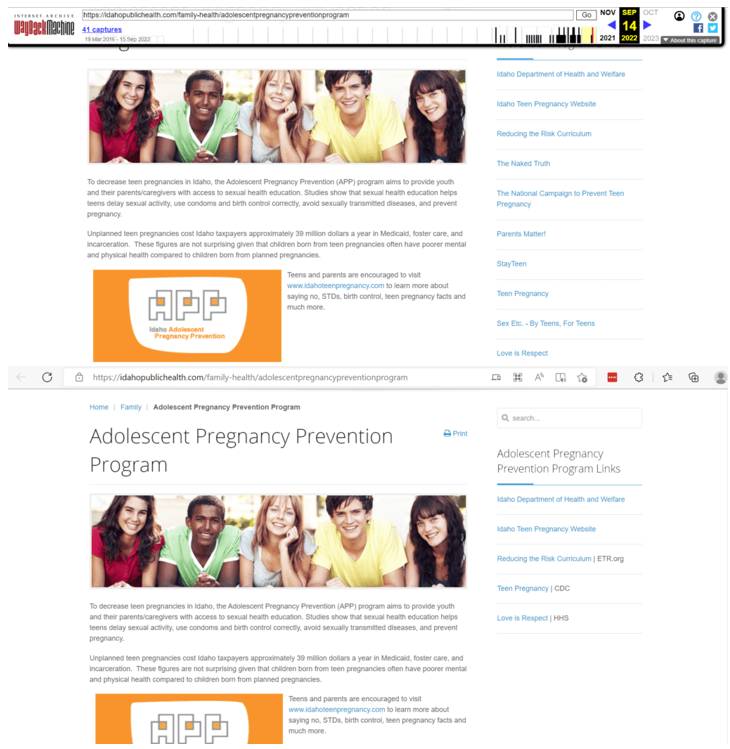 What standards guide Idaho schools in the adoption of sex education curriculum? As the IDHW has said in its statement, Idaho’s program adheres to the National Health Education Standards. IDHW left out a key word. These standards are actually called the National Sexuality Education Standards. The first edition of the standards is listed on the IDHW’s program website. None of the standards limit themselves to traditional abstinence-only education or exclusively point students to marriage and monogamy.

The second edition of the standards requires teaching kindergarteners about gender identity and third graders about hormone blockers. The old standards require teaching gender identity to students beginning in sixth grade, among other things. The IDHW does not mention which set of standards it adheres to, but neither the first nor the second edition of the National Sexuality Education Standards are consistent with Idaho Code, which requires sexuality instruction to be scientific and promote family life.

Both the first and the second edition of the standards are written and endorsed by radical interest groups including Planned Parenthood, the Transgender Training Institute, Sexuality Information and Education Council of the United States (SIECUS), GLSEN, and Advocates for Youth.