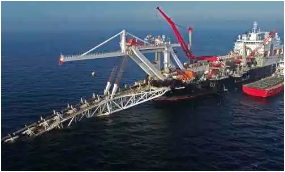 German officials believe the catastrophic leaks of the Nord Stream 1 and 2 pipelines look like sabotage.

According to Disclose TV, Denmark assesses that Nord Stream gas leaks were caused by a “deliberate act” and could not have been a result of accidents. Prime Minister Mette Frederiksen made the announcement.

According to Michael Shellenberger, “The CIA warned Germany weeks ago of a coming attack on natural gas pipelines Nord Stream I and II (from Russia to Germany), reports Der Spiegel. Russia could have pulled off such an attack, but “It is difficult to see whether Russia or Ukraine could have an interest in such an incident.”

“How strong is a Nord Stream pipe? Quite! The steel pipe itself has a wall of 4.1 centimeters (1.6 inches), and it’s coated with another 6-11 cm of steel-reinforced concrete. Each section of the pipe weighs 11 tonnes, which goes to 24-25 tonnes after the concrete is applied,” says Javier Blas, Bloomberg columnist.

Blas added: “What are the chances that **simultaneously** the Nord Stream 1 and Nord Stream 2 natural gas pipelines suffer from **three different and separate** leaks? As Ian Fleming wrote: “Once is happenstance. Twice is coincidence. The third time it’s enemy action.”

The Polish husband of neocon Biden admin/Hillary Clinton confidant Anne Applebaum, Radik Sikorski, believes the US blew up the pipelines and is happy about it. This was an act of terror that would doom millions of Europeans to a freezing winter. Maybe Sikorski is just trolling but it’s a weird thing to do. 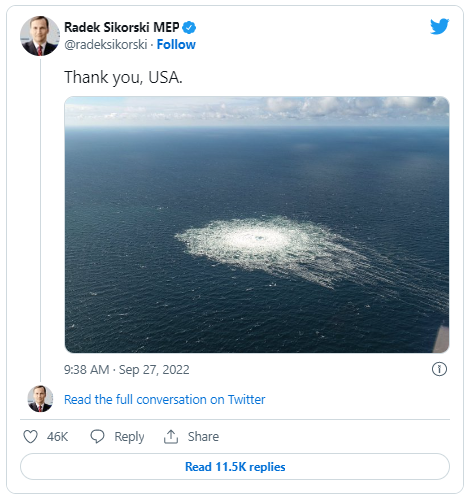 We don’t think he’s being sarcastic. He’s seriously thanking the US.

If the Biden administration did this, there would be hell to pay. 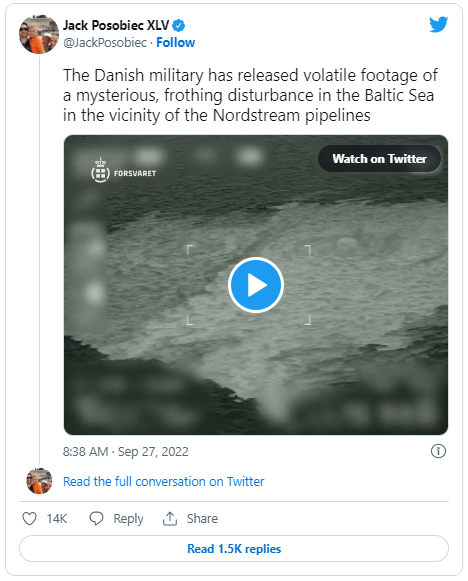 We don’t think the Biden administration did this, but he could have. 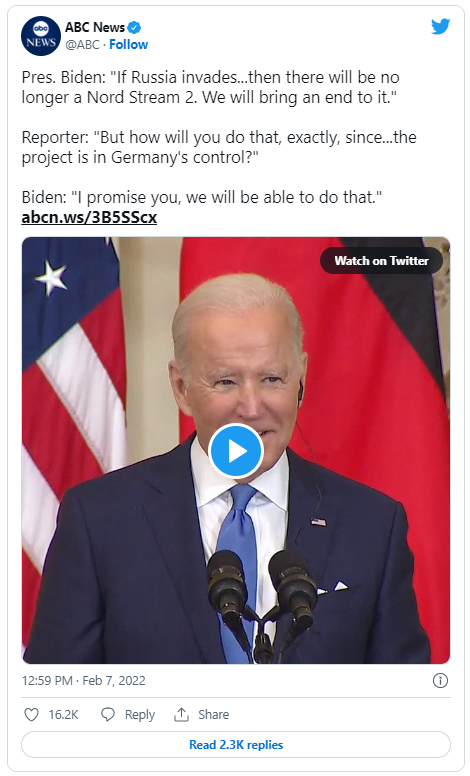