America Is A Police State 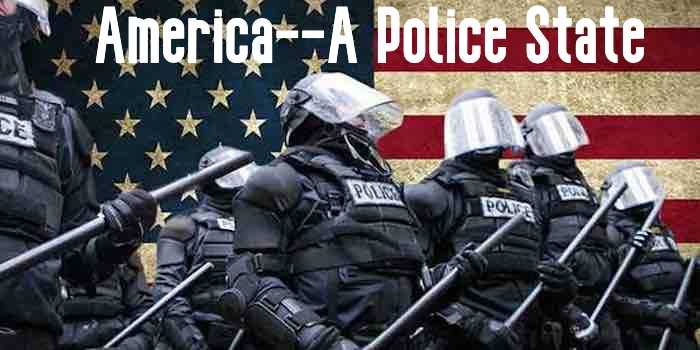 Sadly, I must report that evidence demonstrates that, yes, America is now a police state

America Is A Police State

In a recent CFP article I posed the question “Is America A Police State?”  We now have the answer.  Yes, the Biden administration is behaving like America is a police state.  Every American with a brain should be ashamed about what the federal government did in Mar-a-Lago on Monday morning August 8.  Not only should Americans be ashamed, they should be scared witless! If the government can do what they did to the 45th President of the United States, they can do it to any other American they chose, including you.  If it looks like a duck, walks like a duck, and quacks like a duck, the evidence is overwhelming that it is a duck.

The U.S. Congress has sent forward to the President a multi-trillion dollar Bill that will more than double the size of the Internal Revenue Service. Are you so foolish as to think these people will be answering the telephone?  It seems far more likely these people will be looking into the bank account records of anyone opposing the Marxist regime of Boss Joe Biden and his handlers. The Marxist ruling class said that they intend to do exactly that.  I believe them!  Who would you expect the targets to be, supporters of the Marxist Democrats or those American patriots trying to defend and re-establish the constitutional rule of law in America?

There was one piece I hadn’t quite put together.  We’ve seen no overt signs of a federal secret police unit.  This morning it finally came to me, the Marxist Governments secret police are the hidden Dark Deep State people in the known police agencies.

Sadly, I must report that evidence demonstrates that, yes, America is now a police state.

After a 55-year career as a professional pilot in the military, in law enforcement, in the private sector, and in federal civil service, I am now retired.