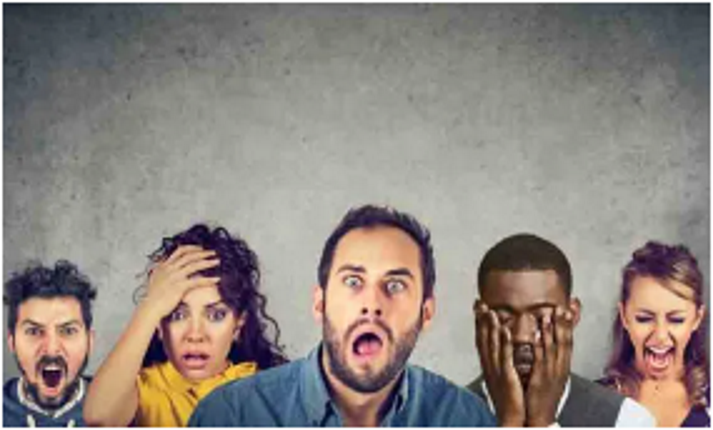 Democrats are failing and will continue to fail as long as they adhere to their radical policies. A recent poll by the bad actors of the Southern Poverty Law Center found that 44% of male Democrats think killing political opponents is acceptable. They want to kill the fully-developed unborn babies, they believe in spending endlessly, opened our borders, and lie about it, and they are putting boys and men on women’s sports teams.

These people are sick.

THEY WANT TO KILL YOU

According to the far-left Southern Poverty Law Center, forty-four percent of male Democrats under fifty think assassinations of political opponents are acceptable. This is the same party that also thinks a human is not a human until it leaves the womb.

The SPLC is also still pretending Democrats aren’t using illegal aliens to replace US voters. According to their poll, only 35% of Democrats say illegal immigration is intended to replace Republican voters, while 42% of Independents and 68% of Republicans say it is.

THEY WANT TO KILL UNBORN BABIES

This party fights to violently kill babies until the moment of birth and even after. They are godless and cruel.

And they’re running on it!

Democrats are promoting illegal immigration to replace Conservative voters. They can’t admit it, or they’d have to admit it’s not a conspiracy theory.

According to The New York Times, “First, he [Joe Manchin] killed a plan that would have forced power plants to clean up their climate-warming pollution. Then, he shattered an effort to help consumers pay for electric vehicles. And finally, he said he could not support government incentives for solar and wind companies or any of the other provisions that the rest of his party and his president say are vital to ensure a livable planet.”

Do they believe this? Who knows.

After demonizing Manchin and claiming he led them on with negotiations, Democrats claimed he doomed the planet.

“It seems odd that Manchin would choose as his legacy to be the one man who single-handedly doomed humanity,” said John Podesta, a former senior counselor to President Barack Obama and founder of the [looney] Center for American Progress, a left-leaning [Marxist] think tank.

They can’t seem to learn from experience. The world is collapsing under burgeoning inflation, but it hasn’t put a dent in their radical agenda.

In Britain, overdependence on wind turbines leaves residents at the mercy of the weather. Who could have guessed that? When the wind doesn’t blow, neither do the wind turbines.

In Germany, the world’s fourth-biggest economy, wind turbines are often motionless in the summer. They also stupidly decided to depend on gas from Russia.

Unnecessary nitrogen regulations are harming farming throughout Europe. In the Netherlands, 30% of the farms might fold under these policies. They are protesting and are joined by farmers in Germany, Italy, Spain, and Poland.

As with petroleum, the left wants to destroy efficient farms and replace them with products from polluting nations. It makes no logical sense, but they plod along with the ideology.

The Left is shutting down energy in the US and shifting wealth to polluting dictatorships like Russia, Iran, and Venezuela.

Look what is going on in Sri Lanka and Ghana. The Green New Deal is destroying the nations.

California Democrats are passing local ordinances forcing citizens to phase out natural gas, an affordable, clean form of energy. There is nothing feasible to replace it.

It’s The Green New Deal extremism, and it’s unjustified. Meanwhile, food inflation is up 80% in June.

Yet, the Left continues with its ideology. They got it in their heads that they can predict and control the weather.

We have to be good stewards of our beautiful planet, but we don’t have to obliterate humanity for an extreme ideology.

Boys Are Girls, Girls Are Boys, And Everyone Can Be Anything

Then there is the new sexual revolution that sexualizes babies and tells them they can choose their gender. The biological truth is there are two genders. That’s it.

Biden is forcing girls to suffer boys in their locker rooms and bathrooms if they merely say they are transgenders. Ironically, Title IX is intended to protect women in sports and now Democrats are using it to destroy girls’ and women’s sports.

We have pro-criminal district attorneys, sanctuaries for illegal aliens, including criminals, and we release prisoners early no matter what they’ve done.

The criminals in their voting blocs are released without bail.

The Democrats are now progressives, and they are totalitarians.