Kevin McCarthy is No Conservative & Must be Defanged & Booted From Power 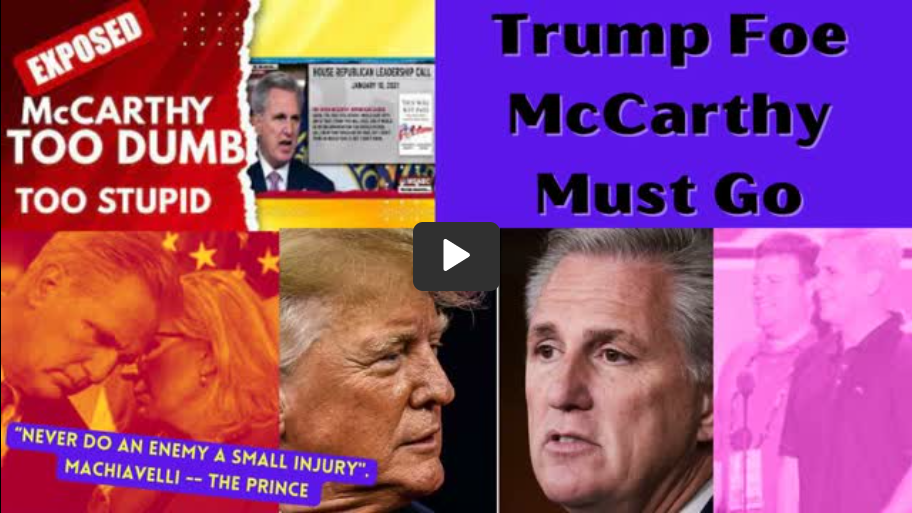 Time for a Symbolic RINO Hunt, Let’s Upgrade our Leadership for Return to Power

Kevin McCarthy is No Conservative & Must be Defanged & Booted From Power

It’s either crazy bad luck, karma, or just a well-timed hit job that GOP House Minority Leader Kevin McCarthy was recorded talking about President Trump. He stated Donald must immediately retire after the Jan 6 Capitol invasion. This confirms what many Conservatives already knew—McCarthy is not one of us.

But there’s more. Don’t forget the odd fact that McCarthy was until recently the roommate of GOP pollster Frank Luntz, a rabid Trump hater. Luntz publicly left the GOP to protest Trump in 2021. It’s frankly not clear whether McCarthy, who claimed to be nursing Luntz after a ‘stroke,’ just shared a room, or also an ambivalence towards women, as well. No such period of illness appears in Luntz’ history, funny enough, despite McCarthy bragging he made sure “Frank took his medicine.” Franky’s ‘Medicine’? Potus Whisperer KellyAnne Conway confirmed Lutz’ gay orientation.

Liz Cheney: “Is there any chance? Are you hearing that he might resign? Is there any reason to think that might happen?” Cheney asks McCarthy during the call that took place on January 10, 2021.

Kevin McCarthy: “I’ve had a few discussions. My gut tells me no. I’m seriously thinking of having that conversation with him tonight. I haven’t talked to him in a couple days. From what I know of him, I mean you guys all know him too, do you think he’d ever back away? But what I think I’m going to do is, I’m going to call him. This is what I think, we know it’ll pass the House. I think there’s a chance it’ll pass the Senate, even when he’s gone. And I think there’s a lot of different ramifications for that. The only discussion I would have with him is that I think it will pass, and it would be my recommendation that [Trump] should resign.”

Elizabeth Warren, famed Native American imposter, has nothing but contempt for McCarthy, letting her spleen vent completely, stating: “Kevin McCarthy is a liar and a traitor,” she told CNN’s Dana Bash.

So how do Republicans feel about McCarthy’s willingness to pull anchor so quickly on Trump and let him drown by himself? In fact, the entire GOP leadership had no one to stand up to the liberals and face them down over various disagreements, time after time. A leader like Trump is a once in a lifetime figure. And who better than Trump to right the American ship, which the Democrats are busily filling with water and punching holes in the sides? If you’re sick of being lied to by pretend RINOs who are always ready to sell us down the river, let’s throw McCarthy overboard. After all, he can always move back in with his BFF, Franky Luntz. 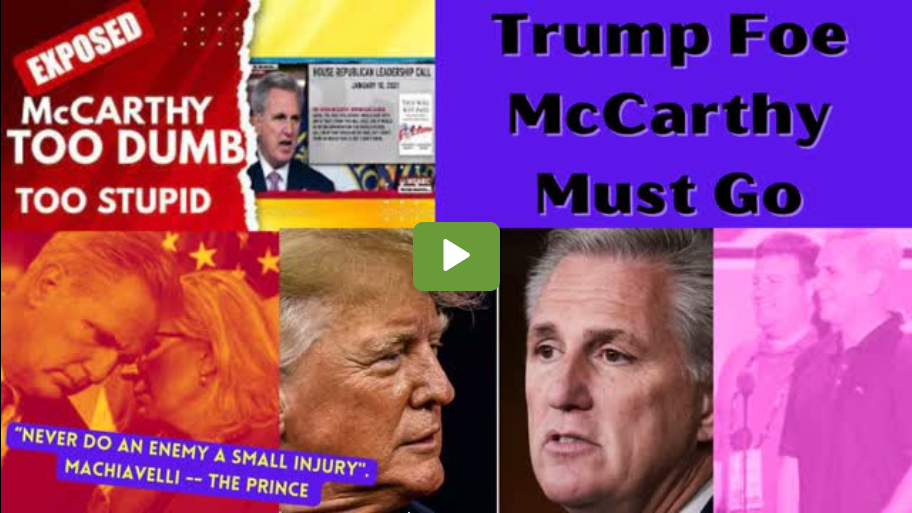