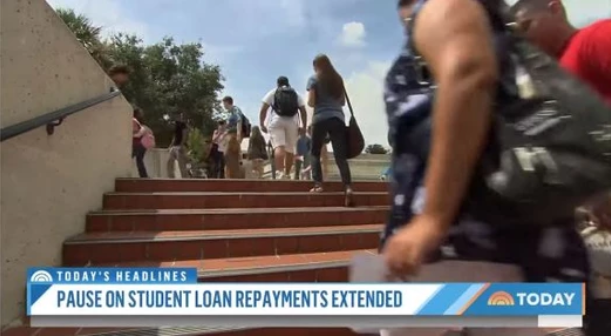 This must’ve been what it sounded like when Washington swamp dwellers such as Massachusetts Senator Elizabeth “Pocahontas” Warren and her big government welfare loving ideological soulmates in the Democrat party were informed that senile president Joe Biden’s administration was extending the “temporary” moratorium on student loan repayments through the end of August. Together with offering the possibility (in the news media) of eventually eliminating the burden entirely, this overture no doubt pleased the band of voters who retroactively feel entitled to a taxpayer-funded higher education.

Talk about a subsidy to the liberal education establishment institutions, many of which have multi-billion-dollar endowments just sitting around collecting dust and interest. What do they pay for?

With the 2022 midterms drawing ever closer and the Democrats’ support numbers staying about the same — or moving incrementally lower — it only makes sense that liberals frantically search for ways to both feed their base and perhaps move the needle in a positive direction at the same time. The issue of student loans was one of several key components in the fractious Democrat 2020 campaign, with the usual suspects — Warren and Democrat socialist Bernie Sanders, et al. — squawking the loudest in favor of either doing away with them totally or magically waving a federal wand and reducing the payments by large percentages.

Who knows? Maybe some prescient student borrowers even signed their names on those enormous promissory notes with the anticipation of Democrats someday taking over the government and extinguishing their obligations without having to lift a finger. Or earn it. That’s what liberals do, make victims out of shirkers and heroes out of swindlers. Will this ploy really work for them in November, though? Byron York wrote at The Washington Examiner:

“How to score points with them? How about canceling student loan debt? Or, failing that, extending the moratorium on having to pay off student loan debt? A headline in the New Republic says: ‘Biden’s Only Good Pre-Midterm Play: Cancel Student Debt; Biden is in the low 40s, and young voters are disillusioned. There’s one obvious way to reignite a little enthusiasm. Will he take it?’

“Maybe he will. But even if Biden does not actually cancel debt, he can extend the payment moratorium as long as he wants — all the way to the 2024 presidential election, if it comes to that. The president and his party desperately need young voters, who probably won’t be interested enough to turn out this November. Look for him to do anything to get their attention.”

Yes indeed. With polls showing that virtually nothing senile Joe is doing these days is paying off — or being rewarded — by the public, desperation is growing in Democrat-land. And desperate political people do desperate political things. A backed-in-the-corner, mentally faltering Joe Biden will do anything short of singing and dancing to get people to pay attention to him and commit their support to his elected coworkers before Election Day.

Student loan debt is low-hanging fruit on the Democrat goodie tree. Not everyone has loans but those who do — including all the Women’s and Ethnic Studies and Sustainable Climate do-gooder degree holders from Woke University and Bendover College — would see it as a big plus to wake up one morning and find that they can now afford to move out of grandma’s spare room because their load was lifted by a smiling Jen Psaki announcing the latest Biden giveaway.

Even better, student debt is largely invisible. Nobody even knows it’s there. It grows — but the federal government pays the interest during the moratorium. How awesome! What did Ronald Reagan famously say about government and eliminating handouts? “No government ever voluntarily reduces itself in size. Government programs, once launched, never disappear. Actually, a government bureau is the nearest thing to eternal life we’ll ever see on this earth!”

Reagan lived at a time when the legislative process was respected more than it is today, but The Gipper’s wisdom certainly extends to Joe Biden and his student loan forgiveness scheme in this scenario. To be fair, the current moratorium initiated — and was extended a few times — under Donald Trump’s watch, a benevolent measure to help those who were displaced by COVID lockdown closures and job disruptions.

But as York pointed out in his report, the economy is now at or near full employment. What’s the rationale for keeping this inane pussyfooting suck-up to the young and elite generation? Liberals love it — they can go to their voters and say they delivered the bacon as they’d promised in 2020. But the good feelings won’t last forever.

Herein lies the problem with playing political Santa Claus to one group while proceeding under the historically disproven notion that other gimme-gimme Democrat constituencies either won’t notice, will agree with the giveaway, or won’t care. What you giveth to someone is usually viewed as a takeaway from another.

Take Hispanic voters today. In 2020 and for elections going back as far as I can remember, Latino voters were a loyal Democrat voting bloc. Tacitly ignoring their (mostly) Catholic faith, folks from Mexico and points south — with the exception of Cubans and Venezuelans, who despise stronghanded big government thanks to first-hand experience with it — generally appreciated the liberal party’s generous welfare benefits, federal housing programs, leftist cultural aggrandizement and lax immigration policies.

Along came Barack Obama and his magical executive pen, which the first African-American president used to legalize about (estimated) five million illegal aliens, an action intended to cement their political loyalty for a generation (or more likely forever). A federal judge subsequently reversed the order, leaving the law-breaking squatters in limbo again.

Donald Trump entered the political scene and campaigned on a get-tough platform of building a border wall and deporting all criminal aliens no matter who or where they were. Trump’s message didn’t fully succeed, but his share of Hispanic support was greater than Mitt Romney’s was four years earlier and even went up again for the 2020 election.

It receives little mention these days, but Trump offered permanent legalization (not citizenship) for the so-called DREAMERS in exchange for Democrat concessions on legal immigration. No deal. Perhaps Hispanics noticed that Democrats were the ones holding up progress in this area.

The summer of 2020 accelerated the Democrats’ downward slide with Hispanics. Thanks in large part to their suck-up to the racist Black Lives Matter faction, Democrats alienated Latino supporters. Demographically speaking, these people often live in more densely populated, higher crime urban neighborhoods. With Democrats relentlessly bashing the police and calling for defunding them, the hard-working Hispanics lost faith in the Democrats to maintain their pro-newcomer orientation.

Needless to say, second generation Hispanics have always been more conservative than the immigrants and tend to split their votes between the parties. Now even the immigrants appear to be bailing on Democrats. By pandering to the Marxist BLM activist race-baiters and scaremongers, liberals inspired an exodus from their party. Now, Hispanics disapprove of Biden more than any other ethnic classification. Who would’ve thought?

A similar phenomenon will occur when Democrats suck-up to the spoiled class of student debt holders. Let’s not forget the pool of voters who’ve either paid off their student loans or never had any to begin with is much larger than the one “suffering” under borrowing conditions that they themselves agreed to. The documents are legal and contain the requisite signatures. Right now, they’re on hold via executive fiat for strictly political calculations.

Doesn’t the federal government already dump hundreds of billions into education? Why more? Why now? For what benefit?

Here’s thinking Biden’s semi-permanent student loan moratorium will cost Democrats more votes than they’ll gain from it. Most persuadable voters have no special love for America’s leftist colleges and universities, and they certainly harbor no positive emotions for spoiled brat post-graduate college kids who find themselves up to their armpits in personal red ink.

The now twenty and thirty-somethings borrowed too much and regret has come too late. More and more folks realize that a college education doesn’t mean as much in today’s world as it used to. Many of these “kids” can’t perform basic job functions because their writing and reasoning skills are so poor.

I’d rather have a tech school graduate or a skilled tradesman than a worthless former psychology student any day. How many social workers does our culture really need?

It goes without restating that senile Joe Biden isn’t receiving very good political advice these days, but one of his dumbest recent moves was his administration’s extension of the moratorium on student loan payments. Comparatively too few benefit from the irresponsible fiscal move and too many others are enraged by it. The hole only gets deeper for Democrats in 2022.

Published with permission of conservativehq.org