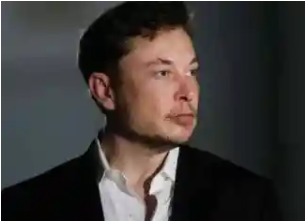 In case you haven’t watched Elon Musk’s Twitter thread today, you need to know what you missed. The Twitter board that turned down Elon Musk’s generous offer to purchase the company, owns — all together — 77 shares, excluding Jack Dorsey.

Apparently, they have a couple of businessmen, a couple of academics, a Baroness, and techs. One board member, Mimi the banker, owns no stock. Some of them don’t even bother to use Twitter themselves but on rare occasions.

Robert Zoellick has never tweeted. Mr. Rosenblatt doesn’t tweet much. Patrick Pichette is tied to Trudeau, Google, and McKinsey. As a group, they’re elite and removed from the rest of us peasants who want our free speech back. More to the point, they are not in sync with the shareholders at all. They have no skin in the game.

That certainly does explain the disconnect. Elon Musk said, “Objectively, their economic interests are simply not aligned with shareholders.”

NBC ‘News’ published a story today expressing their concern about Elon Musk possibly not having enough experience or knowledge to own Twitter. Maybe they should be concerned about the Board members. 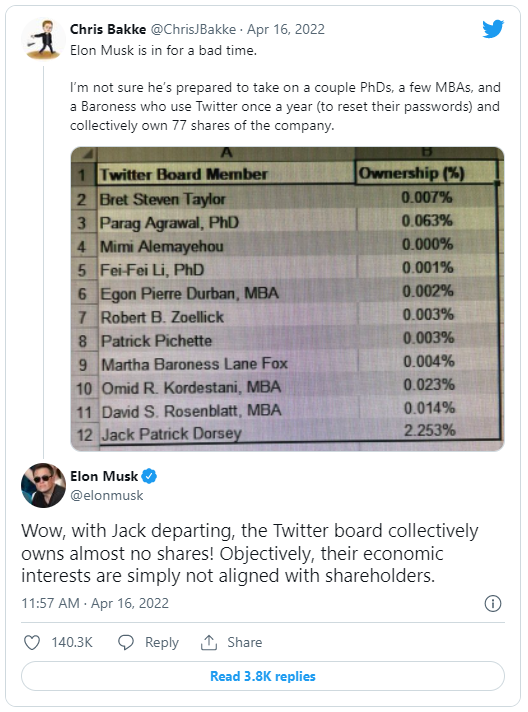