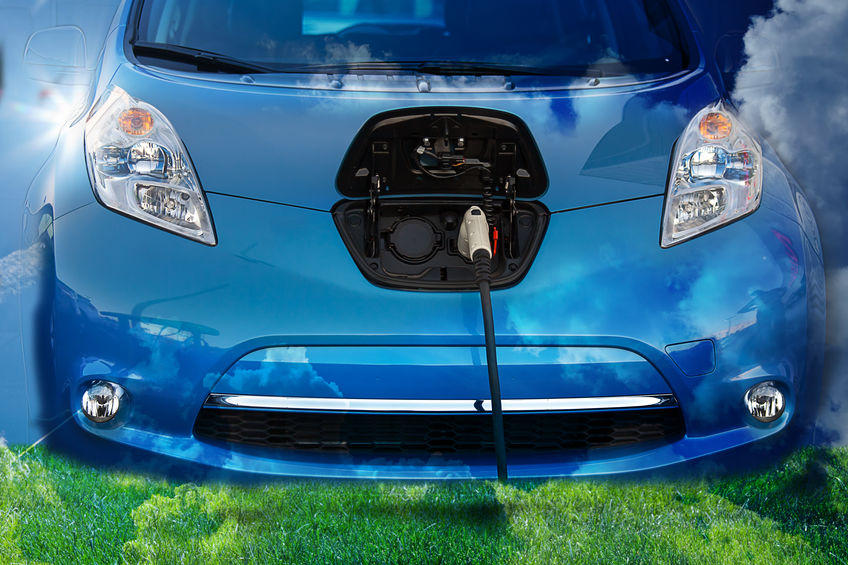 Washington State, home to the CHAZ (later the CHOP), has now adopted legislation that envisions that “all passenger and light-duty vehicles of model year 2030 or later be electric vehicles.” This mimics the deadlines set by several European countries – but outside Europe and the U.S., only Singapore and Sri Lanka have set such bans.

These bans, however, set a dangerous precedent known historically as, “putting all your eggs in one basket.”

The sheer folly of these legislators brings to mind the battle between VHS and Betamax, which resulted in the presumably “inferior” VHS winning a short-lived victory. Betamax, which had early on dominated the competition, ultimately lost out—as many have observed—the company ignored the market.

But another story perhaps illustrates even better why these “electric eggmen” are both stupid and dangerous. Five years into his administration, with the nation weakened by the Arab Oil Embargo, President Nixon announced a new policy known as Project Independence—a plan to achieve U.S. energy self-sufficiency. Nixon acted only after long lines at the gas pump and all other measures to respond to the embargo, had failed.

Nixon, like another Republican president decades later, recognized that American science, technology, and industry could free America from its dependence on imported oil by diversifying its energy base. While no one heeded his call for building a thousand nuclear power plants by the year 2000, Nixon’s battle cry resulted in a broad-based, diverse and thriving U.S. energy market.

Now, Washington Governor Jay Inslee, along with a myriad of other Johnny One Notes, demands that we sacrifice energy diversity and therefore prosperity and independence on a cross of lithium and other metals that we do not produce. Spurred by rhetoric from the mouth (but not likely the mind) of President Biden, the whole nation is scrambling toward the lemmings’ cliff.

The plug-in zealots cannot answer, and will not even allow the question, of how people are to cope during any extended power outage. Who will decide the price of electricity or whether it, too, will be rationed? Will only certain people even be allowed to plug in?

Two things stand out that highlight this presumed stupidity (the alternative is that someone is getting paid very well). First, electric vehicles are far from user friendly. Second, there may well be better alternatives out there that an EV mandate will wrongly disqualify.

A brand-new survey by the British consumer group, “Which?” found that twice as many owners (39 percent) of electric vehicles (EVs) reported problems in their first four years of ownership than owners of internal combustion engine (ICE) gasoline-powered vehicles; only 29 percent of diesel owners reported problems in the same period. Moreover, EVs typically spend nearly twice as long in the shop as ICE vehicles.

Contrary to the well-established mantra that, while EVs cost a whole lot more up front, they are cheaper to maintain than ICE vehicles, a new study by the Anderson Economic Group found that “traditional” comparison studies ignore four hidden costs and presume a heavily lopsided reliance on cheap, at-home charging (rarely accessible for anyone without a garage) instead of expensive commercial charging.

The Anderson group included in its cost comparisons the purchase of a home charger, the greatly inflated price of commercial charging at public stations, “deadhead miles” spent driving to find far-flung charging stations, and registration taxes that states slap on EV drivers to make up for the fact that they don’t pay gas taxes.

The study also factored in the cost of time spent searching for reliable charging stations, which—when located—can take half an hour for a charge of 20 to 80 percent. Admittedly, based on pre-Biden gasoline prices, the Anderson group found it would cost about $1,030 to drive 12,000 miles in a typical mid-priced gasoline vehicle compared with $1,554 for the mid-priced EV.

There are other concerns. While EVs have gigantic batteries that may alone cost as much as a small ICE vehicle, they also have 12-volt batteries that run the lights, door locks, onboard computers, and other gizmos. These batteries, however, cannot be jump-started from one EV to another (the EV must be unplugged from its own charger as well); many are in awkward locations (even under the wheel well).

The contenders line up

One report posits that in the long run, the fuel cell electric vehicle [FCEV], which uses hydrogen as the fuel source, may prove more practical than the battery-electric vehicle [BEV] that is all the rage today. [The high cost and questionable availability of battery metals, especially the replacement cost, is a chief concern for BEV owners.]

Another new technology to consider is the hydrogen combustion engine [HCE]. Just this February, Renault, Toyota, and Yamaha all announced vehicles or engines that burn hydrogen instead of converting it to electricity with a fuel cell. According to Yamaha, hydrogen engines provide that familiar engine roar that makes driving fun without resorting to electronic driving aids. Driving FCEVs and BEVs, by comparison, can be just plain boring.

Meanwhile, the traditional internal combustion engine has become highly more efficient in both increasing miles per gallon and reducing unwanted emissions. Continuing to invest in improved performance for ICE vehicles will ensure that those vehicles (which will likely be sold outside the U.S. and Europe for decades to come) will generate less and less “pollution” and use less gasoline (or diesel) over their lifetimes.

Finally, to satisfy those who believe carbon dioxide is a pollutant, yet another new technology uses a ruthenium catalyst to turn powerplant carbon dioxide into gasoline, propane, butane, and other hydrocarbon fuels. Imagine recycling carbon dioxide as a means of expanding our fossil fuel supply while recycling the supposed climate-killing emissions in the process.

Up till now, the U.S. government has bet heavily on the much-favored battery-electric vehicle, to the delight of the Chinese, who control the world’s supply of battery metals. But, given a level playing field, it may well be that these other technologies will dominate in emerging markets.

The horse(power) race is on

A little-remembered vignette from the Kentucky Derby (whose 148th running is next month) illustrates why betting on the favorite is not always a winning proposition in the real world (not just the racetrack). Back in 1913, a jockey named Roscoe Goose saddled up Donerail, which was given a 91 to 1 shot of winning. Donerail did win, paying $184.90 on a $2 bet, a record that stands to this day. Those are far greater odds than were given by the guys betting on, which son of Jesse the prophet would choose to be king of Israel.

And speaking of odds, one can be quite sure that at the EV table, it is Xi Jinping who has the winning hand.