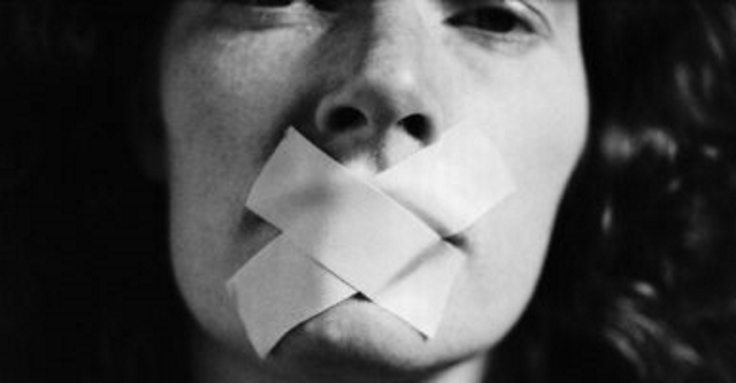 The Marxist left has taken over many cultural institutions in the West, and cancel culture is the enforcement mechanism with which it retains the cultural territory it has conquered. (Photo: Getty Images)

Cancel culture is sometimes mistaken as the central problem in the life of the West. This happens, I have noticed, more among our U.K. cousins than stateside. Cancel culture, however, is merely a tool, the enforcement mechanism with which the woke left retains the cultural territory it has conquered.

The central problem facing citizens of Western countries is that a very hardcore, Marxian left has scored significant victories in its steady march toward the takeover of cultural institutions. This is a strategy first thought up by an Italian, Antonio Gramsci, who co-founded Italy’s Communist Party in 1921.

Gramsci taught Marxists that, to achieve Karl Marx’s goal of abolishing private property, the family, the church, and the nation state, they did not need the bloody revolution that Marx had also called for. In Western countries, with their rich civil societies, it was better to infiltrate the cultural institutions, take them over, and indoctrinate the people into abandoning their love for family, nation, etc., which Gramsci called “false consciousness.”

Indoctrination would raise their consciousness. This led to struggle sessions, which had harrowing results from China to the fields of Cambodia to the West in the 21st century.

Marxism needed coercion, despotism, and outright terror from the start, and Marx called for all three. In 1848, Marx spelled this out in his essay “The Victory of the Counter-Revolution in Vienna,” where he wrote, “There is only one way in which the murderous death agonies of the old society and the bloody birth throes of the new society can be shortened, simplified and concentrated, and that way is revolutionary terror.”

In our Western societies, state coercion of free speech must be presented in less truculent a fashion. This is why Herbert Marcuse, the Frankfurt School neo-Marxist who did so much to promote critical theory and the sexual revolution in the United States, came out with something called—we kid not—“Repressive Tolerance.”

In a 1969 essay by that name, Marcuse wrote that “In this society … false consciousness has become the general consciousness—from the government down to its last objects. The small and powerless minorities which struggle against the false consciousness and its beneficiaries must be helped: their continued existence is more important than the preservation of abused rights and liberties which grant constitutional powers to those who oppress these minorities.”

Marcuse then called for the “withdrawal of tolerance from regressive movements before they can become active; intolerance even toward thought, opinion, and word, and finally, intolerance in the opposite direction, that is, toward the self-styled conservatives, to the political Right—these anti-democratic notions respond to the actual development of the democratic society which has destroyed the basis for universal tolerance.”

That was cancel culture in its germinal stage. What it does is prevent the retaking of ground lost to the left.

That doesn’t mean it is less of a danger. When people’s lives are canceled, they can lose their freedom of expression, their ability to make a living, and sometimes even their friends. When you have been totally canceled, Franz Kafka becomes your best friend, for only that turn-of-the-20th-century master of the absurd can make sense of your henceforth Kafkaesque existence.

That this fate can lurk around the corner in the free West is something that should concern us all and give us the encouragement we need to fight cancel culture in every way we can. We should expose it for what it is, decry it when it happens, and also summon the courage not to repeat a lie because saying the truth may result in our own canceling.

An area where people have become very cautious of late has been transgender issues. To say that a person can never become a woman, and vice versa, can get you thrown out of polite society, virtual or physical. And yet, most of us know that no matter how many puberty blockers a person takes, or how many healthy organs are mutilated, a man cannot menstruate, conceive, etc.

Indeed, Twitter this week suspended the account of The Babylon Bee, a very popular satirical website that has 1.3 million followers, because it gave a transgender man who is a Biden administration official its Man of the Year Award.

The transgender issue is smack in the middle of the culture wars in America. There are many willing to take a stand and say, “No, I won’t live by lies.” Cancel culture is the left’s instrument to force them to do so.

This piece originally appeared in the magazine Formiche. The article has been corrected to reflect the year Marx’s essay, “The Victory of the Counter-Revolution in Vienna,” was published.

Mike Gonzalez, a senior fellow at The Heritage Foundation, is a widely experienced international correspondent, commentator, and editor who has reported from Asia, Europe, and Latin America. He served in the George W. Bush administration, first at the Securities and Exchange Commission and then at the State Department, and is the author of the book “BLM: The Making of a New Marxist Revolution.” Read his research.