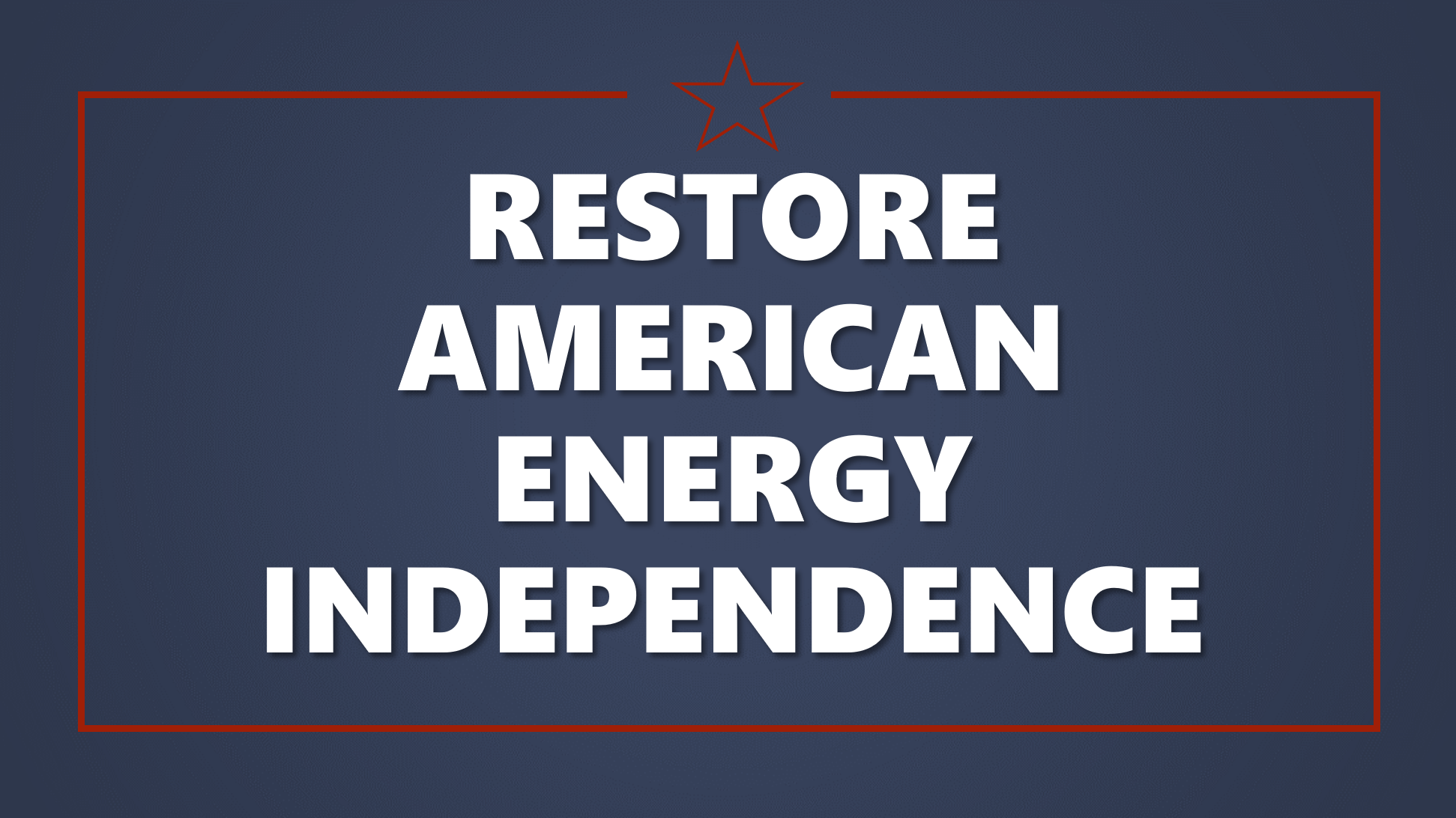 To end its war on American consumers, the Biden administration must end its destructive “green” energy policies, increase domestic oil and gas production, and restore American energy independence. Recall during the 2020 presidential election, when on the debate stage Joe Biden admitted, “I would transition from the oil industry, yes.” Biden is keeping that promise to destroy America’s energy industry.

Since the Biden administration took office in January 2021, it has implemented multiple anti-American policies that have decimated energy independence and led to skyrocketing prices. The energy fallout of Russia’s invasion of Ukraine is merely the latest development in this.

Among multiple other destructive actions designed to implement the “Green New Deal” and the “Great Reset,” Biden killed the Keystone XL pipeline, rejoined the Paris climate agreement, illegally banned oil and natural gas lease sales on federal land, increased taxes on energy companies already operating on federal land, and appointed multiple anti-energy leftists to key federal positions. Even as most other countries maintained or increased fossil fuel use, Biden has irrationally and ideologically tried to end their use in the U.S.

Now that Russia has invaded Ukraine, energy prices have skyrocketed even further. On March 7, the average price for gas in the U.S. reached $4.104 a gallon, the highest ever recorded, and they continued increasing after that. In certain areas in the nation, gas prices have risen to even higher levels. Diesel fuel also has risen to record levels. Even as the United Kingdom is considering to increase its own domestic production, the Biden administration is refusing to do the same in the United States in order to mitigate the staggering price increases.

On March 8, Biden announced the U.S. will ban Russian oil imports. Although it is good policy to end or reduce foreign imports, it must be accompanied by increased domestic production. Instead, the Biden administration is considering importing oil from the totalitarian regimes of Venezuela and Iran, both of which have close military and economic ties to Moscow. This is unacceptable and yet another example of the administration’s anti-American bent.

Biden and his officials are claiming that they cannot do anything to help American consumers, but this is false. The United States should end all dependency on despotic oil whether it be from Russia, Iran, Venezuela, or Saudi Arabia. Instead, the U.S. must immediately increase domestic energy production and restore energy independence. A great way Congress can accomplish this is by passing the American Energy Independence Act, numbered S. 3714 and H.R. 6884 in the current Congress.

3714 is sponsored by Senator Josh Hawley (R-Mo.), while H.R. 6884 is sponsored by Representative Ronny Jackson (R-Texas). If enacted, these bills would reversemany of Biden’s destructive energy policies, remove government regulations that stifle energy production, and ultimately restore American energy independence. If Congress is serious about lowering energy prices and helping American consumers, it must pass S. 3714 and H.R. 6884. 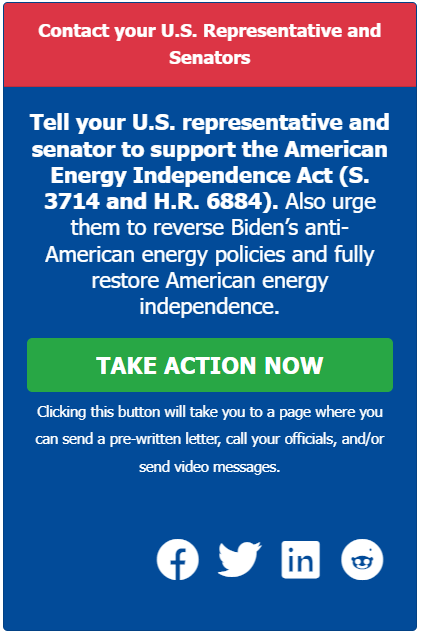 Although we provide a way to easily email legislators, we know from long experience that it takes a lot more interaction with your legislators to get your point across than that provided by emails alone.

That’s why we provide an easy way not only to email them, but to contact them by phone, tweet, and even video message them.