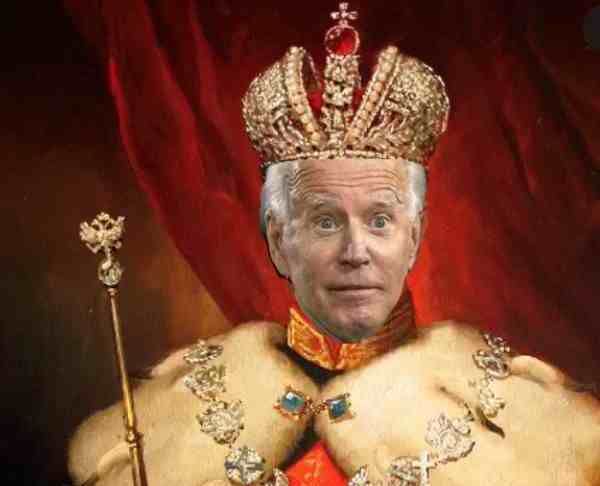 Joe Biden is going to give a speech this coming Wednesday night, and it’s allegedly to pass illegal police reforms.

Biden is allegedly going to give a speech about his push for police reform agenda through an illegal executive order as early as this month. Executive orders are not sustainable but we have to get these dictators and bullies out of the office to get rid of them. A lot of damage will be done in the meantime.

King Biden plans to interfere in state law enforcement laws, rules, and regulations with executive orders although he has no right to do so under the 10th Amendment.

With very few notable exceptions, the US Constitution does not allow the federal government to control state or local government agencies, including law enforcement. Democrats will ignore the 10th Amendment.

The Democrats are attempting to take over every aspect of government. It’s exactly what Vincent Maduro did when he took over Venezuela.

The federal government is taking powers away from Congress and ignoring rulings by the Supreme Court. Whatever they don’t like, they destroy.

While Biden’s executive actions are still being finalized, they are expected to be rolled out at the beginning of Black History Month in February. This is all being done while Biden’s handlers are trying to achieve policy goals before Biden’s State of the Union show in March.

The Democrat-run House passed a sweeping police reform package, but after months of negotiations among a group of senators, it failed.

“I still hope to sign into law a comprehensive and meaningful police reform bill that honors the name and memory of George Floyd, because we need legislation to ensure lasting and meaningful change,” Biden said when the bill stalled in September. George Floyd was a drug addict and criminal.

“But this moment demands action, and we cannot allow those who stand in the way of progress to prevent us from answering the call. That is why my Administration has already taken important steps, with the Justice Department announcing new policies on chokeholds, no-knock warrants, and body cameras.”

He also wants to end qualified immunity for police throughout the nation. Bill O’Reilly says definitively that it will collapse our justice system.

They basically want to take over and control every police agency in the country from the DC swamp. It’s the camel’s nose under the tent.