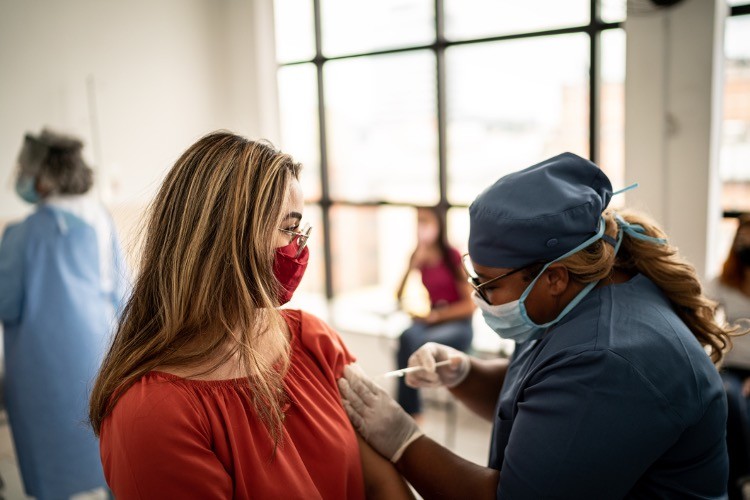 A British study reports that myocarditis in men under 40 years old after a China Virus jab is worse than previously thought. The risk for serious complications increases after each inoculation.

The latest on vaccine dangers, reported today by Alex Berenson at Substack, confirms what mRNA vax pioneer Dr. Robert Malone has said. Young people don’t need and should not get the vaccine because the risk of serious injury from the jab is greater than that for the Asiatic pathogen.

The study should be particularly worrisome because colleges are forcing students to get jabbed, as is the U.S. military.

Like Malone, Berenson, a former writer for the New York Times, was kicked off Twitter for challenging the Deep State-Leftist Media narrative about the virus and vaccines. 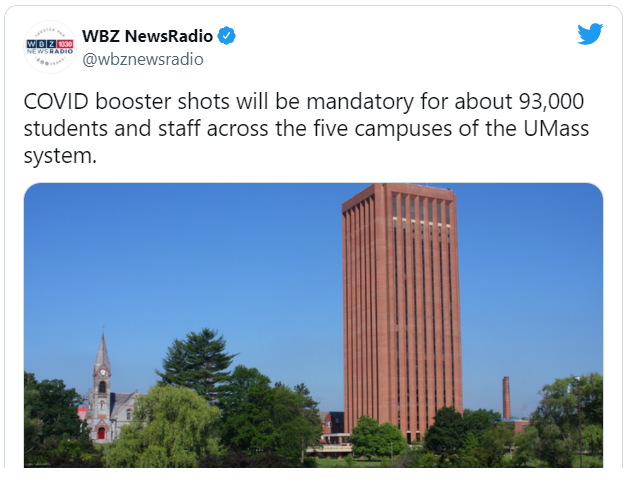 “The risk of serious heart problems called myocarditis in men under 40 soars with each dose of a Covid mRNA vaccine — and is sharply higher than the risk from a coronavirus infection itself,” Berenson wrote in his summary:

The findings call into sharp question the efforts by American colleges and universities to make their students receive booster shots before returning to school this January — especially since other studies have shown that the risk of post-vaccine myocarditis is concentrated not merely in men under 40 but in those aged 16-25.

But that isn’t the only bad news from the study.

And “because each Moderna shot contains 100 micrograms of mRNA, while each Pfizer shot contains 30, the findings suggest strongly that the heart risks are dose-related and likely to continue to rise with each additional shot.”

The findings comport with viral videos of young athletes clutching their chests and dropping to the ground.

Some 183 young athletes, including teenagers in seemingly perfect health, have died or collapsed after receiving one or more jabs.

As Berenson reported, the study should worry parents and students now that colleges are requiring boosters shots of the potentially dangerous vaccines.

As The New American reported last week, Twitter booted Malone because he tweeted studies that demonstrated how dangerous the vaccines are.

Of the people who died after a jab in one study, “93 percent … were killed by the vaccine,” one tweet said. 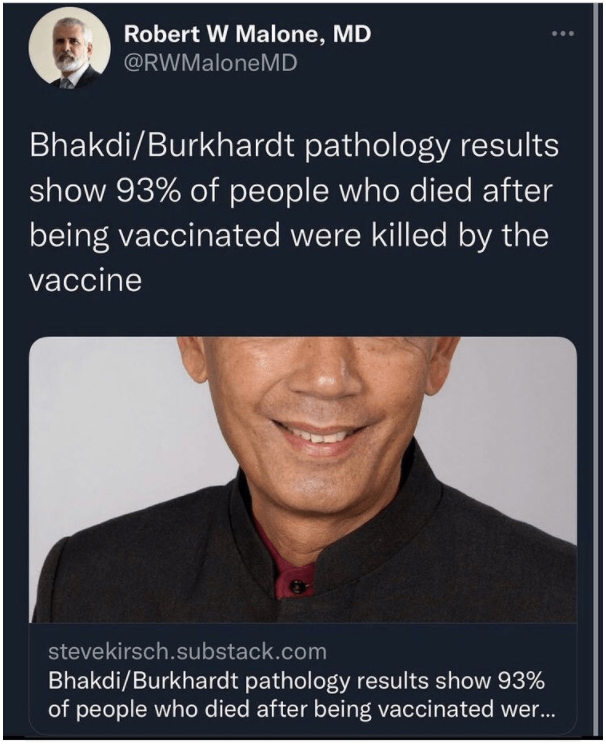 “The vaccines are bad news,” vaccine skeptic Steve Kirsch reported of the study at Substack:

Fifteen bodies were examined (all died from 7 days to 6 months after vaccination; ages 28 to 95). The coroner or the public prosecutor didn’t associate the vaccine as the cause of death in any of the cases. However, further examination revealed that the vaccine was implicated in the deaths of 14 of the 15 cases. The most attacked organ was the heart (in all of the people who died), but other organs were attacked as well. The implications are potentially enormous resulting in millions of deaths. The vaccines should be immediately halted.

Malone also tweeted that “Pfizer 6 month data which shows that Pfizer’s Covid-19 inoculations cause more illness than they prevent.”

Vaccines failure is yet another reason not to get jabbed. The experimental elixirs aren’t working as advertised.

Cornell University, where 97 percent of students, faculty, and staff on the main campus in Ithaca, New York, are vaxxed, closed on December 14 after the virus began running wild. More than 1,400 new cases were reported December 9 through 15. 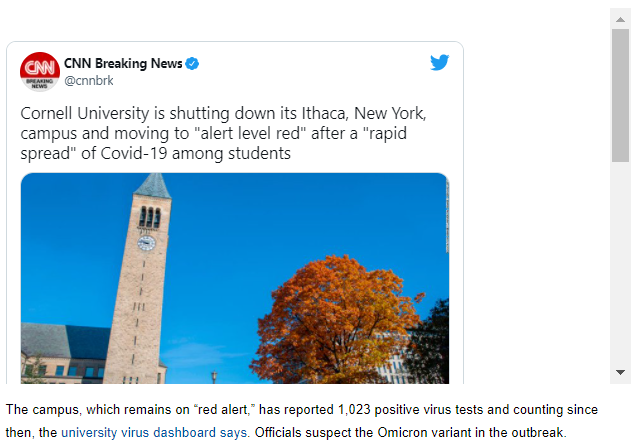 The campus, which remains on “red alert,” has reported 1,023 positive virus tests and counting since then, the university virus dashboard says. Officials suspect the Omicron variant in the outbreak. 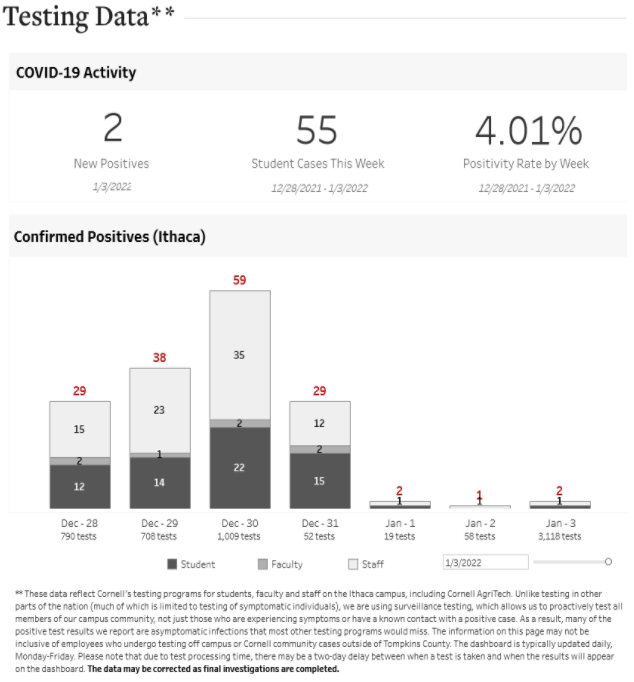