Data From Around the World–Including Antarctica!–Show Omicron Favoring the Fully Vaccinated

Data From Around the World–Including Antarctica!–Show Omicron Favoring the Fully Vaccinated

The coronavirus has reached remote Antarctica, striking most of the 25 Belgian staffers at a research station, despite all of them being fully vaccinated, passing multiple PCR tests, and quarantining before arrival.

Two thirds of the researchers working in Belgium’s Princess Elisabeth Polar Station have caught Covid, the Daily Telegraph reported, “proving there is no escape from the global pandemic.”

None of the cases are severe, according to the Telegraph. There are two emergency doctors at the station monitoring the situation.

All 25 researchers were fully vaccinated and one had a booster shot. Before leaving for the station, they underwent a PCR test in Belgium two hours before flying to South Africa.

In South Africa, they quarantined for ten days and took another PCR test. A further test was needed when leaving Cape Town for Antarctica and a final one five days after that.

One person tested positive seven days after arriving at the station on December 14. The person was isolated but tests revealed two others had caught the virus. The three were evacuated on December 23 but the virus has continued to spread.

Belgium’s Polar Secretariat will not allow any new arrivals until the virus dissipates, and has decided the research season will be shortened, the Telegraph reported.

Staff will reportedly remain at the station until around January 12, when new expeditions will arrive.

Data continues to come in showing that the vaccines are not only powerless against the highly transmissible, but mild Omicron variant—the new strain appears to favor the fully vaccinated.

In Israel, 61 percent of the cases for the week ending on Dec. 25 were boosted. Another 18 percent were fully vaccinated. Only 19 percent were unvaccinated. 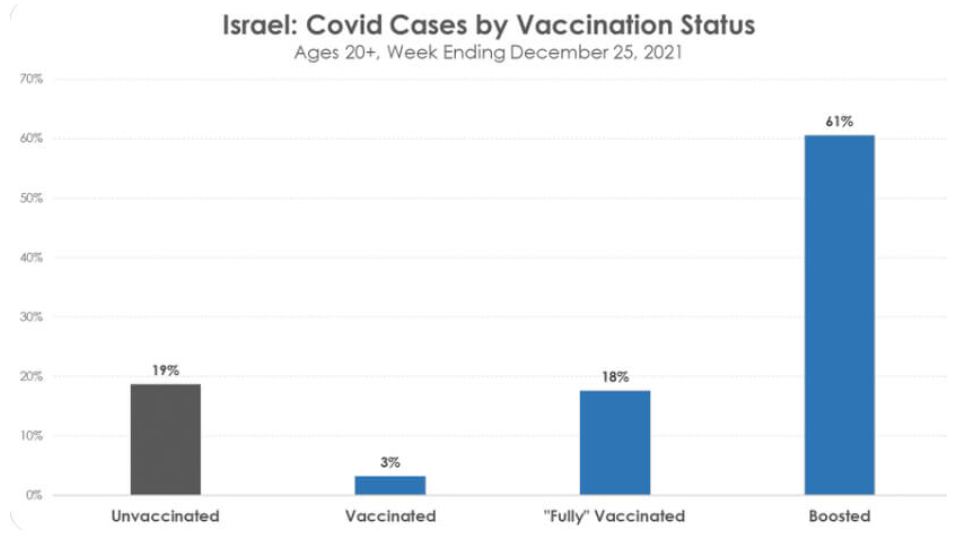 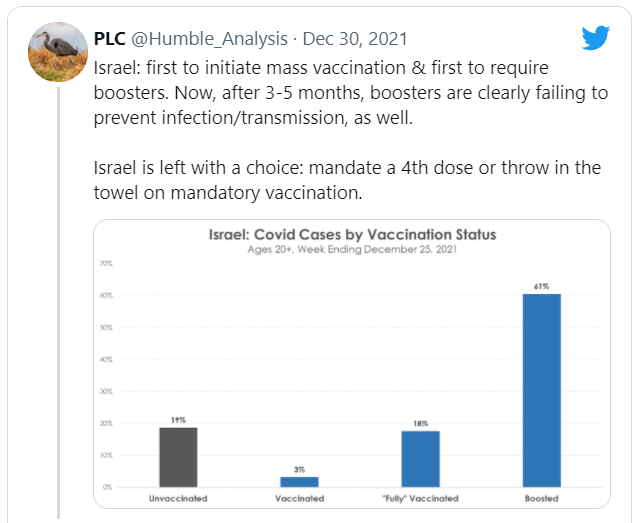 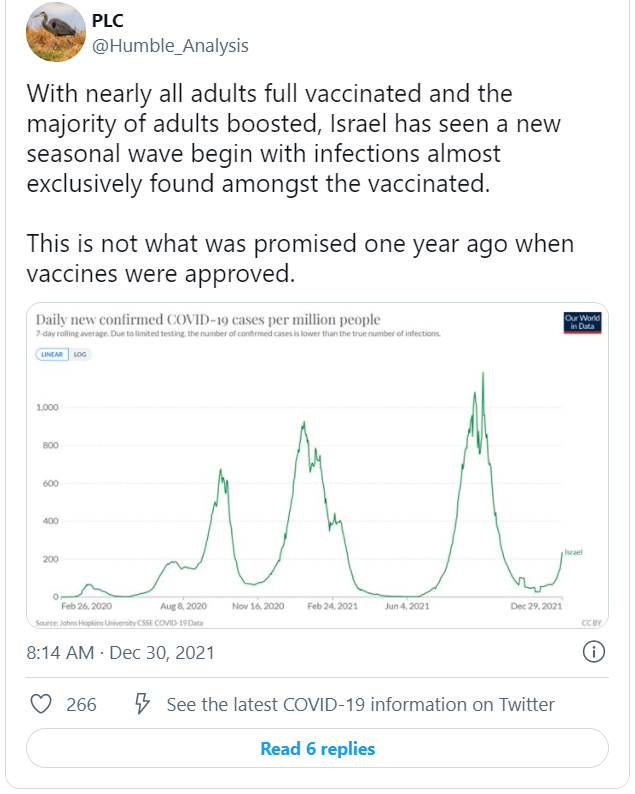 The same pattern is being seen all over: Florida, Iceland, UK, Germany, Denmark … 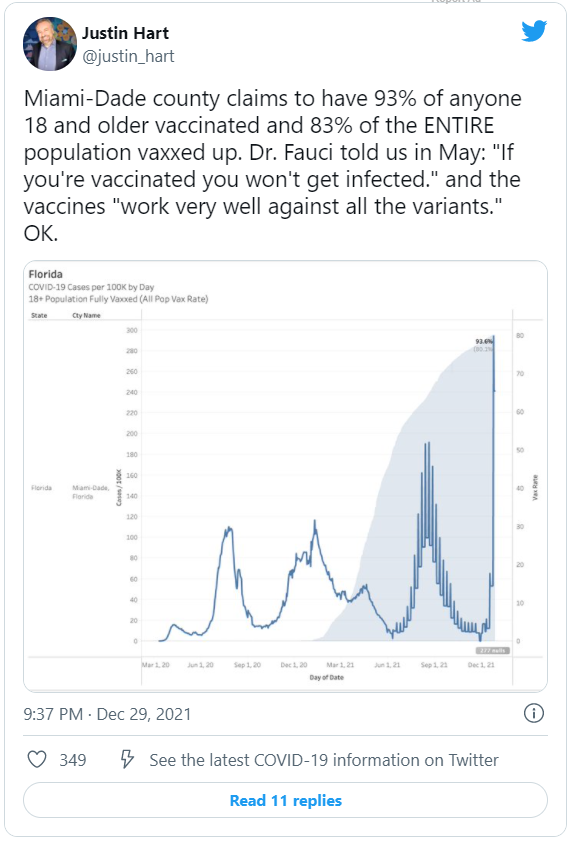 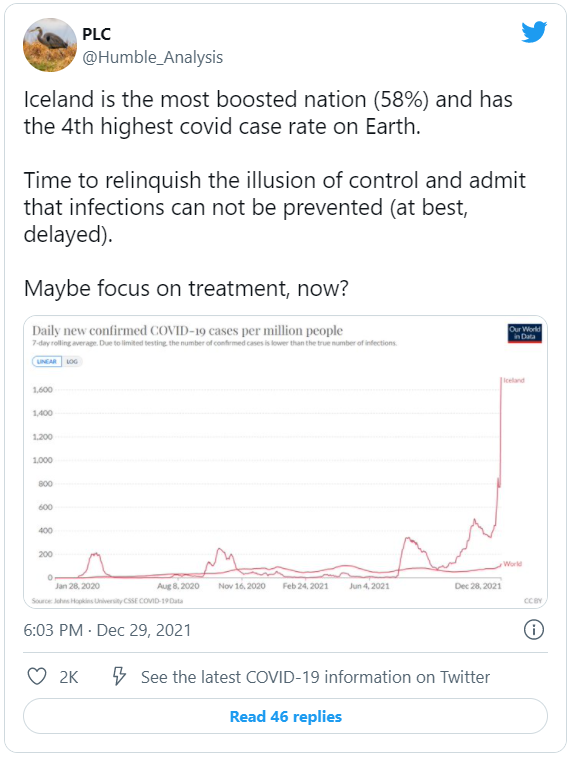 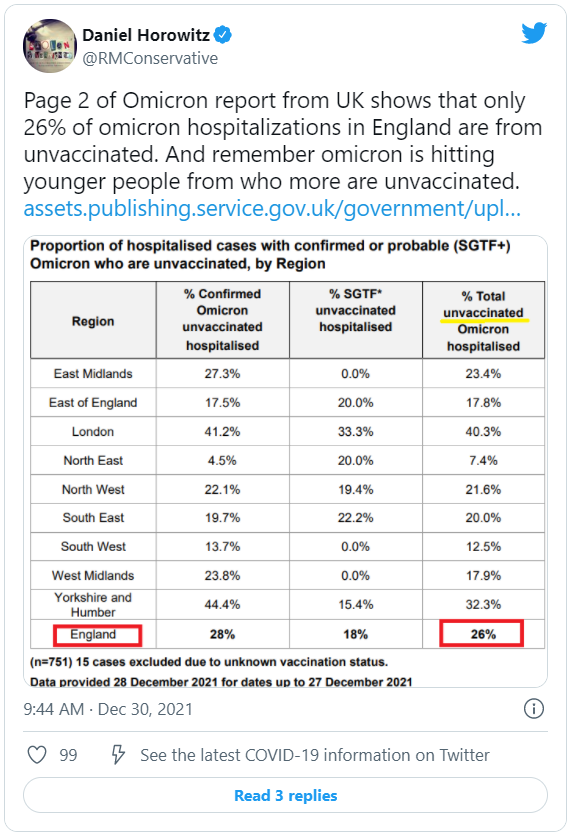 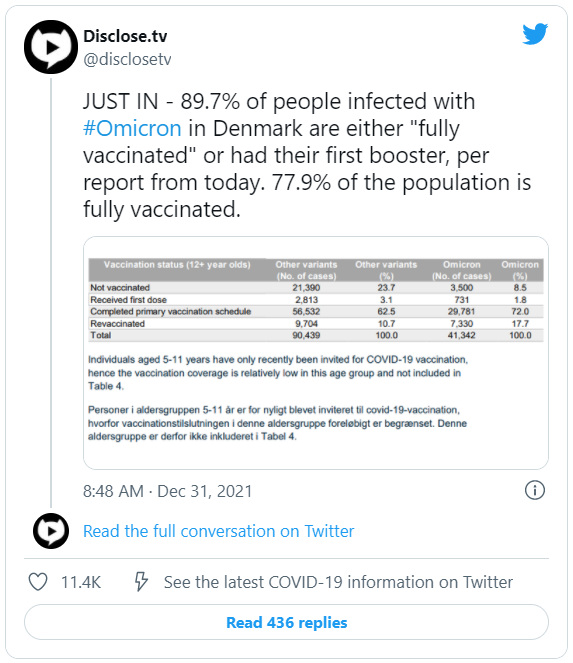 Debra Heine is a conservative Catholic mom of six and longtime political pundit. She has written for several conservative news websites over the years, including Breitbart and PJ Media.