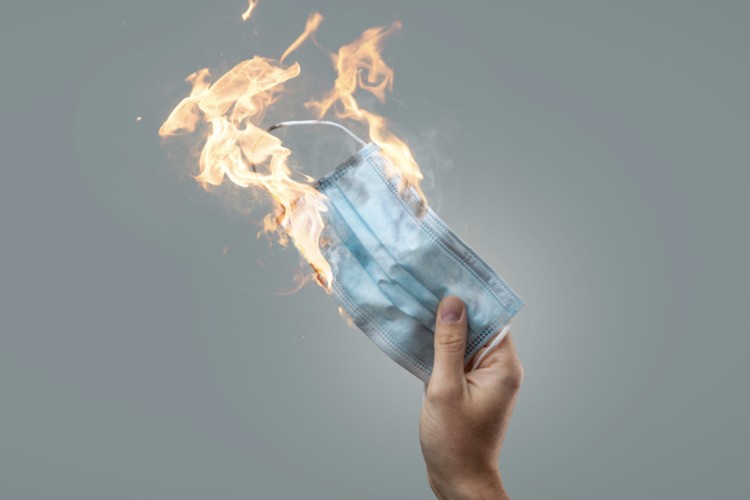 A majority of states have passed legislation this year limiting the power of state and local officials, many of whom are unelected, to impose lockdowns, mask and vaccine mandates, and other tyrannical “public health” actions, pushing back against COVID technocracy and government overreach.

According to a report by Kaiser Health News (KHN), 26 states — more than half — have passed legislation in 2021 limiting government public health powers in some form. Additionally, the report found that three additional states had limited public health powers through non-legislative means including state supreme court rulings, executive orders, and ballot measures.

These governmental limitations came in multiple different forms, depending on the state. The report found that 16 state legislatures limited officials’ power to impose mask mandates or to quarantine citizens. Many of these legislatures also created processes allowing them to overturn such orders, even if signed by the governor. Additionally, 17 states limited, or completely prohibited, vaccine passports, or mandatory vaccinations, while nine states limited or prohibited mask mandates.

All told, this represents significant progress in limiting COVID tyranny. Although more work is needed, especially in “blue” states — most of the reforms happened in Republican-controlled states — and on the federal level, these actions are a big step toward the countering of COVID overreach that The John Birch Society has been calling for since the virus spread to the United States.

A look at some individual state actions illustrates the progress made this year in limiting government “public health” powers.

In Montana, for example, the legislature passed multiple bills limiting government “public health” powers. One of these is H.B. 121, which significantly limits the authority of unelected local health boards. Among other reforms, it allows elected officials to change or rescind their orders and completely prohibits the health board from taking certain actions such as shutting down churches.

The state’s legislature also passed H.B. 257, which protects businesses from local-government-imposed COVID restrictions and other forms of overreach. It also passed H.B. 702, which prohibits “vaccine passports” and is one of the strongest such laws in the country.

Tennessee is another state where significant reform occurred. The state has six Metro Health Departments, fully comprised of unelected bureaucrats, covering the counties comprising the state’s largest cities. Prior to and during COVID-19, the boards’ orders carried the force of law and, empowered by an executive order signed by Governor Bill Lee, they took draconian actions that included unilaterally closing businesses, issuing curfews, limiting the size of public gatherings, and issuing mask mandates.

Some states did not achieve reform easily, and even many Republican governors opposed limitations on their power or the power of unelected bureaucrats. In Indiana, the General Assembly overrode two vetoes by Governor Eric Holcomb, enacting limitations on both gubernatorial and local public health powers. Legislators also overrode vetoes of similar bills in North Dakota and Ohio.

Overall, states made significant progress in rolling back state and local “emergency” powers and ensuring a greater protection of individual freedom.

In other states, primarily those with Democrat governors and Republican legislatures, the pathways to reform were more unusual. For example, Pennsylvania voters limited Governor Tom Wolf’s emergency powers by passing two constitutional amendments via a referendum. In Wisconsin, the state’s Supreme Court found that both local and gubernatorial COVID mandates violated the state constitution. Meanwhile, Republican legislators in Michigan took advantage of a unique provision in the state constitution to repeal — without Governor Gretchen Whitmer’s signature — a 1945 emergency powers law.

Despite the progress outlined above, much more work remains to fully protect one’s individual rights from tyrannical health edicts.

In Texas, legislators failed to enact meaningful limitations on Governor Greg Abbott’s emergency powers. In early 2020, Abbott used those powers to unilaterally order draconian COVID restrictions, notably leading to the jailing of salon owner Shelley Luther for defying his edicts. Despite being a legislative priority in 2021, legislators failed to agree on a bill to rein in those powers.

Even in states that passed substantive reforms, legal loopholes remain. In Florida, for example, Governor Ron DeSantis signed S.B. 2006, which banned government and business vaccine passports. However, this bill did not change a state law giving the Florida’s chief public health officer — currently the state surgeon general — total power to vaccinate individuals against their will during a public health emergency. Similar statutes still exist in other states, including Kansas, Idaho, and Massachusetts, while multiple states have statutes allowing for mandatory quarantining.

If state legislators are serious about countering COVID overreach, they should be expected to make repealing these statutes a priority for the next legislative sessions.

These state reforms are so important because they directly counter the push toward technocracy. As Patrick Wood notes in his 2018 book Technocracy: The Hard Road to World Order, technocracy, or a “scientific dictatorship,” is the preferred government of those pushing for a global “New World Order.” It is essentially central planning under the rule of elites and “experts,” and it disregards God-given individual rights.

Although much of the focus on technocracy is on the global level — the UN’s Agenda 2030 is an example of this — it has also been implemented domestically. The Deep State has been working toward technocracy for decades and, as Wood notes, the term itself has been prominent since the early 1930s.

The implementation of sweeping “health” powers for unelected bureaucrats is a major example of this. Other examples include the delegation of state election administration powers from the legislative to executive branches, allowing for governors and unelected bureaucrats to unilaterally change election rules during COVID-19; “merit selection” systems for choosing judges, which are ideologically biased in favor of liberals; and the public school system.

Thankfully, liberty-minded state legislators have begun to push back on all these fronts, but bolder action is needed to fully protect Americans from the threat of technocracy.

In addition to legislative curtailment of totalitarian health powers, many of public health officials are themselves being replaced. According to KHN’s report, at least 303 state and local public health department leaders have either resigned — often in disgust of their curtailed power due to the various legislative reforms — retired, or been fired.

COVID-19 has also caused many conservative leaders to pay closer attention to the quality of those they appoint to public health positions. Florida’s new surgeon general, Dr. Joseph Ladapo, is a prominent example of this. Appointed by Governor Ron DeSantis in September, Ladapo is a vocal opponent of lockdowns, business and church closures, and mandates.

A signatory of the Great Barrington Declaration, Ladapo stated in September that “we need to respect human rights” and that “it’s not virtuous and it’s not right to just sort of take away those rights from individuals.” He also criticized the Deep State push for vaccinations as “almost like a religion” when “lots of good pathways to health” exist. As long as people such as Dr. Ladapo hold public health positions, Americans can be more confident that government will uphold their God-given freedoms. Governors and legislators would be wise to place focus on such positions while simultaneously advancing more structural legislative reforms.

Although much more work needs to be done, state legislators, at least in red and purple states, have made an encouraging level of progress this year toward protecting the medical freedom of Americans.

To urge your governor and state legislators to enact health policy reforms that respect our inherent God-given rights and adhere to constitutional limitations on power, visit The John Birch Society’s legislative alert here.