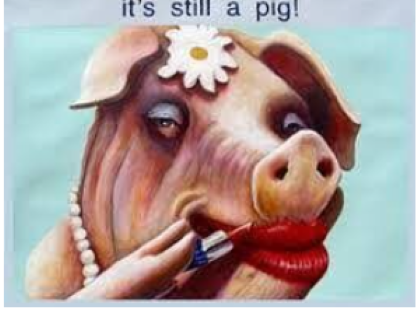 You put lipstick on a pig, it’s still a pig, or at least the saying goes.  Such is the case with this newly renamed federal agenda.

First a brief background.   America’s Great Outdoors Initiative (AGOI) was created in 2010 via a memo by the Obama administration.  Its purpose was advancing land conservation, expanding recreation, and creating jobs.  Per the memo directive, across the United States landscape conservation cooperatives (LCC) were created by the Department of Interior, and an LCC network was organized.  LCC’s were non-governmental organizations (NGO) intertwined with federal and state governments to advance these objectives.  After being given millions of dollars their trough dried up with President Trump and only a few carried on.  30 x 30 was part of Biden’s Executive Order (EO) 14008 dictating 30% of America’s land should be placed in conservation by 2030.  According to this article, “18%, or 437 million additional acres, would need to be protected in order to reach the 30×30 goal.” The goal of both the memo and the EO is taking land for permanent non-use and giving it back to the wild.

Basically, through this EO, federal agencies created the Conserving and Restoring America the Beautiful report.  This preliminary report, a regurgitation of AGOI, was presented to the newly formed National Climate Task Force in May.  This is the beginning implementation of 30 x 30.

While vague in several aspects, including there not being any clear definition of what is meant by conservation, the report does have some identifiable recommendations.  Interestingly, a special note is made that conservation is separated out from the concept of  “protection” or “preservation“.  Hmm, that isn’t the dictionary definition.  Ah heck, let’s just make this up as we go along.  The report also indicated guidelines will be proposed to determine “whether lands and waters qualify for conservation”.  Does that mean if the federal government decides land in Idaho qualifies for conservation Idaho will be obligated to conserve it?

Curiously, reference was made to the accomplishments of previous conservation measures.  Prairie Potholes, which is permanently protected wetlands for non-use, and Crown of the Continent which is an example of “Landscape-scale protection”.   Both obliterate the boundary between Canada and the United States with decisions being made by the government and NGOs.

Following several diatribes about America being oppressive, discriminatory, unjust, and unequal in opportunity the report claims to have received input from several diverse groups, primarily NGOs, government agencies, and businesses, and included the claim that often input validated the initiative’s direction.  A new special emphasis was placed on “private property rights being honored and respected.”

Other recommendations include creating more parks, expanding and conserving wildlife migration corridors, expanding marine sanctuaries, unlocking access to inaccessible public land, and the intent to “support outdoor recreation, including appropriate designations to improve conservation”.  The question is, how is outdoor recreation supported when land is in conservation?  It has to mean either no use to protect it, or, use is dictated and controlled.  And of course all of this will create jobs that are union jobs.

One special recommendation is the creation of an American Conservation and Stewardship Atlas which would allow the collection of data on how much land is conserved, including private land, even though other government agencies collect this type of information.  The Atlas will be generated by federal agencies. 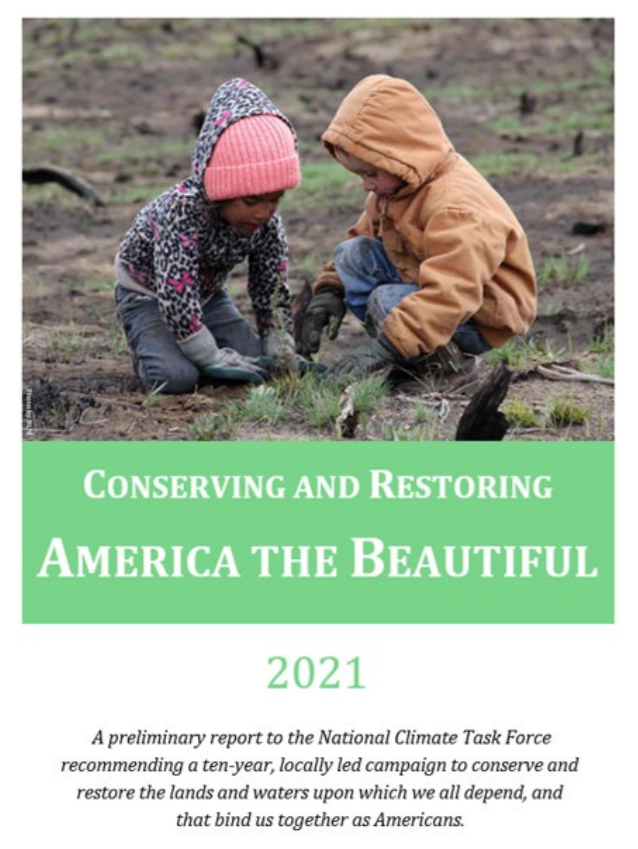 The Center for Large Landscape Conservation (CLLC) is drooling over and celebrating this new agenda and has already created a “roadmap” for its implementation and success.  Its “Build Back a Better National Landscape Conservation Framework” roadmap reestablishes LCCs, but now renamed landscape conservation collaboratives rather than cooperatives.  Another pig with lipstick.  These collaboratives would create a national network, with your tax dollar funding them of course.  Bear in mind, these NGOs have no acknowledgement of, nor respect for, jurisdictional boundaries, or recognition of our Republic, elected representation, or laws.  That includes no recognition of transboundary borders as well.  For them it is a free for all because wildlife and ecosystems don’t recognize boundaries.

A prime example of no recognition of laws, the roadmap calls for an EO that directs federal agencies to bring science and people together through these collaboratives.  From these collaboratives, create a network and council for policy and projects to integrate conservation and national climate adaptation science.  Not by sovereign states, nationally.  The plan is basically a blanket of their grandiose schemes to dictate and control land use under the guise of conservation at a national level, not fully achieved by the LCC Network before its funding dried up.

While the CLLC claims a National Academy of Sciences (NAS) review of LCC’s was glowing, that wasn’t exactly the case.  The review concluded “…that it would require the LCCs to develop a process that can account and track how their planning efforts result in the implementation of on-the-ground conservation.”  In other words, for the amount of money given the LCCs did not deliver on conservation promises.  A letter stating this conclusion by Rep. Bishop has been removed from the Natural Resource Committee website but can partially be read here.  If anything, the roadmap attempts to integrate some of the NAS report criticisms such as adding new voices to the mix and sucking in private property owners.  But the drawbacks in this roadmap also include the return of the ominous corridors and connectivity agenda.

Its recommendation to create a National Landscape Conservation Council replicates the LCC cooperatives entanglement with federal and state agencies, Tribes, and NGOs, only now expanded to include a mix of backgrounds and ethnicities.  Somehow, being no different than cooperatives, this would allow better collaboration on projects crossing multiple jurisdictions.  In reality, the LCC Network already tried this, just another pig with lipstick.  Sources for funding, funding, funding were spread throughout this roadmap.

While it may seem the CLLC created this roadmap it also included input from the U.S. Fish & Wildlife Service, Bureau of Land Management, Congressional staff, other NGOs, and the Salish Kootenai Tribes. 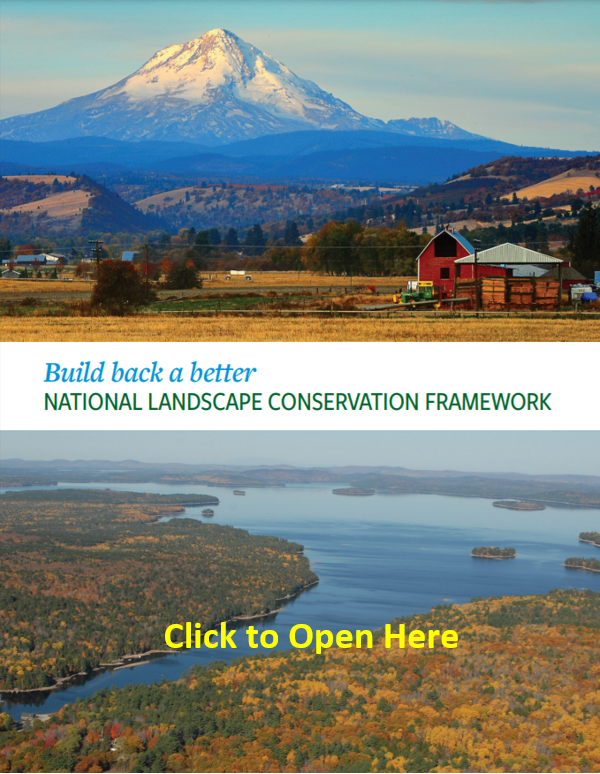 For private property owners, keep an eye on your local planning and zoning decisions and comprehensive plans, this is where conservation principles are inserted.  This Jackson, Wyoming document provides an idea on conservation regulations.  If your local friendly NGO member comes knocking at your door, be aware of their intent to educate you about conservation on your land or convincing you to put your land into a conservation easement.

Neither report is very long and although somewhat repetitive and full of feel good language, it is clearly a rehash of NGOs becoming extended arms of the government in which once again tax dollars will pay for an agenda that will be used against taxpayers.  But this pig’s lipstick also has a very nasty color, and that is one of a nationally dictated plan over land use, which essentially will continue to erode state sovereignty over land issues.  Idaho, with the majority of land being managed by the federal government, will be a primary target for this agenda.