The Truth about COVID-19 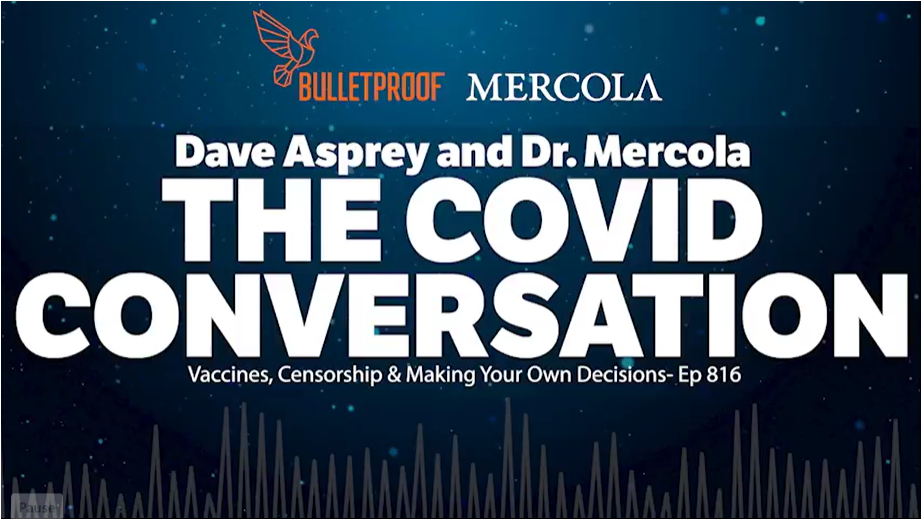 The Truth about COVID-19

I was recently featured on Bulletproof Radio with Dave Asprey, a Silicon Valley entrepreneur, founder and CEO of bulletproof.com. I’ve interviewed Dave about fasting and the role ketones play in COVID-19, but this time we talked about my book, “The Truth About COVID-19,” which was released April 29, 2021.

Amazon preordered 100,000 copies of the book, which signals just how popular this information is. Unfortunately, because the book has been so popular and due to printing delays, hard cover versions will not be available until the end of May. However, the Kindle version is now available.

It doesn’t take much digging to realize that most of what you see on mainstream media and social media — including Google, Twitter, Facebook and YouTube — is being cleverly manipulated with sophisticated propaganda derived from decades of data stolen from you and the rest of the population by Google.

If you rely only on these mainstream media, you will only hear the official propaganda narrative about the pandemic, because everything else has been censored — everything, 100%. In our interview, you can hear a few of the best tips to not only stay healthy, but to learn the truth about what appears to be a very dark agenda. One of the biggest motivating catalysts behind this engineered pandemic is this transfer of wealth from most everyone to a global tyranny. 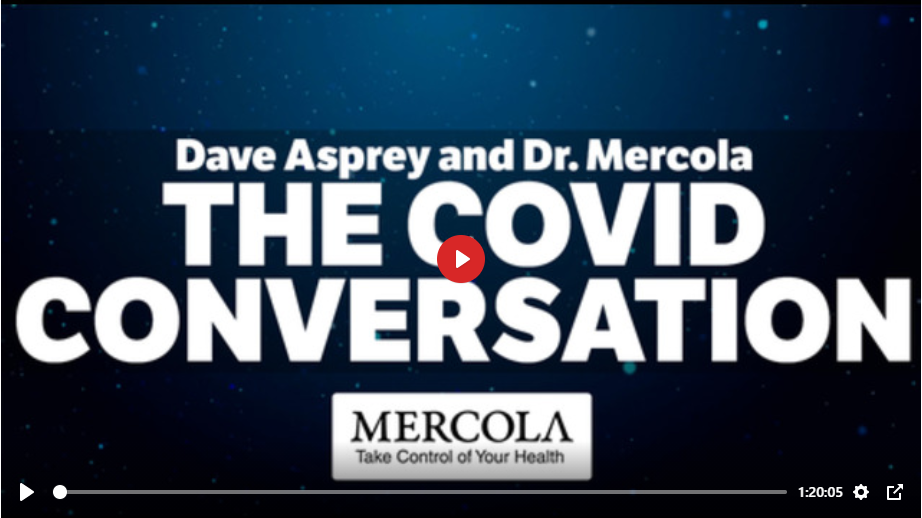 One of the first steps to bowing out of the censorship is to seek out a browser that will give you uncensored content and privacy online. I am convinced that the most secure browser out there is Brave; you can download the extension Swiss cows for a default search engine. For encrypted email, sign up with ProtonMail, which is based in Switzerland, and ditch your Gmail address, which is allowing Google to copy and store every character you write.

Between this and your Google web searches, Big Tech knows nearly everything about you. Your privacy is continuously violated, and if that isn’t bad enough, they’re using this collected information to understand and accurately predict your behavior and the behavior of society, so they not only predict it, but manipulate and control it.

The Roots of an Engineered Pandemic

We first reported on the idea that SARS-CoV-2 is a lab-engineered virus in my interview with Francis Boyle over a year ago, which received well over 1 million views. Of course, our coverage was disparaged as fake news and removed from YouTube, but since then even more supportive evidence has emerged.

EcoHealth Alliance is led by Peter Daszak, who is on WHO’s investigative team that recently dismissed the lab-accident theory. Among the more compelling “coincidences” that hint at lab-origin are the facts that the WIV has admitted storing and working with bat coronaviruses collected significant distances away from the lab, and that it’s the only biosafety lab in China that studies human coronaviruses.

These viruses include RaTG13,1 the closest known ancestor to SARS-CoV-2, obtained from miners who fell ill with severe respiratory illness after working in a Mojiang mine in 2012. We’re not suggesting in the book that this was an engineered virus that was intentionally released on the population. It could have been, but there’s no proof of this that I’m aware of. However, it appears to have been, at a minimum, accidentally released.

The World Health Organization is another important player to be aware of, an agency that’s being engineered by Bill Gates, who became the WHO’s biggest funder when then-President Trump removed U.S. support in 2020. The entire response to the global pandemic was facilitated by the WHO. Their recommendations were followed lock-step by virtually every government on Earth.

According to long-term WHO insider Astrid Stuckelberger, Ph.D., Bill Gates’ vaccine alliance, GAVI, is directing the WHO, which has essentially turned global health security into a dictatorship, where the director general has assumed sole power to make decisions by which member states must abide.

In 2017, Gates asked to be part of the WHO’s executive board — like a member state — because of his funding. While the “one-man nation-state of Gates” was not officially voted in, it appears he may have been granted unofficial power of influence.

WHO’s solution to the pandemic is vaccination, and they actively worked to discredit other solutions, including natural therapies like vitamins C and D, and drugs like hydroxychloroquine. The fake hydroxychloroquine study in The Lancet, which was ultimately retracted after being exposed, is a perfect example.

This study, which was found to be completely fraudulent, was reported as fact, worldwide, by virtually all mainstream media and continues to serve as the basis for the WHO’s discrediting of hydroxychloroquine.

The Vaccine Is Experimental Gene Therapy

You cannot have a “vaccine” that does not meet the definition of a vaccine. Up until recently, Merriam-Webster defined a vaccine as “a preparation of killed microorganisms, living attenuated organisms, or living fully virulent organisms that is administered to produce or artificially increase immunity to a particular disease.”2

COVID-19 vaccines are not conventional vaccines made with live or attenuated viruses. They’re actually gene therapies. The Pfizer and Moderna vaccines are made with lipid nanoparticles that contain polyethylene glycol (PEG)3 and messenger RNA (mRNA). mRNA are snippets of genetic code that carries instructions for cells to produce proteins.

The definition of genetic is “relating to genes” and genes contain instructional code that tell the body what proteins to make. Therapy is the medical treatment of disease, so mRNA vaccines are very clearly gene therapy. In fact, in Moderna’s 2018 SEC filing, Moderna states: “Currently, mRNA is considered a gene therapy product by the FDA.”4

Another problem is related to how long the mRNA remains stable in your system, as it’s encased in a nanolipid to prevent it from degrading too rapidly.

The idea behind mRNA vaccines is that by tricking your body into creating the SARS-CoV-2 spike protein, your immune system will produce antibodies in response. But what happens when you turn your body into a viral protein factory, thus keeping antibody production activated on a continual basis with no ability to shut down?

Decentralized Web, Crypto Assets Are Part of the Solution

As Dave says in the podcast, if this is all starting to sound pretty dark, let’s look on the bright side. There are many potential solutions, along with an increasing number of people aware of the need for them. A decentralized, blockchain-based web can provide part of the answer, and I am currently working with some of the brightest minds in the tech space who are committed to preserving your personal freedoms and liberties.

The technology5 focuses on maintaining data sovereignty, giving you control over your data and privacy, and undoing the current system of surveillance capitalism where Big Tech profits off your personal data and uses it against you at the same time. In this Web 2.0, tech monopolies also will no longer have the ability to censor.

Moving away from the traditional banking system is also important, as they’re going to force a central bank digital currency, which is essentially a smart contract that could limit your personal freedom in nefarious ways. Decentralized cryptocurrencies like bitcoin can get you out of the financial system and provide an alternative source to store your wealth while offering a solution to the impending tyranny and seizure of your finances.

In the meantime, safeguarding your Constitutional rights and civil liberties against unlawful government overreach is essential. Once those freedoms are relinquished, they will be difficult, if not impossible, to get back, so we must refuse to comply with tyrannical proposals such as vaccine passports, while we still can.

It is really important to recall that our founding fathers of the United States warned us that the price of liberty is eternal vigilance and if you are asleep at the wheel — as many are — that is precisely what will happen.