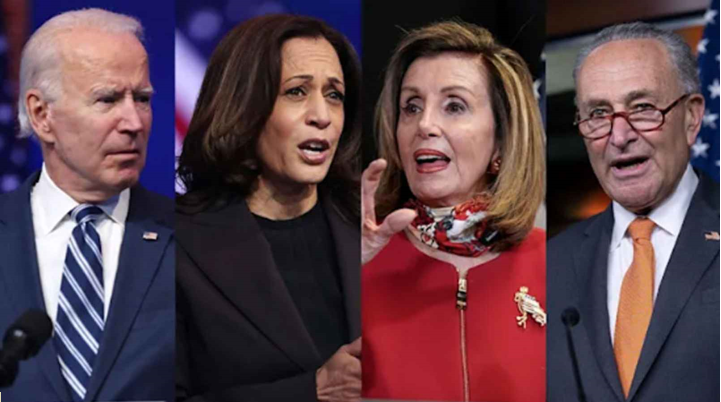 The philosopher E.M. Cioran in his book, The Temptation to Exist, writes: “A decadent civilization compromises with its disease, cherishes the virus infecting it, loses its self-respect… by the same token it admits defeat, worm-eaten, done for. The smell of carrion fascinates and inflames those greedy and garrulous gravediggers we call the Apostles.”

I raise the haunting specter of an infectious virus decimating a civilization against the backdrop of two viruses at present infecting American civilization. One is biological in nature, Covid-19; the other political.

I believe that writer and social philosopher David Horowitz has identified the nature of that second virus. I think that he reasons that it is deadlier than COVID-19, and that its deleterious consequences are far more destructive and long-lasting than any biological infection. 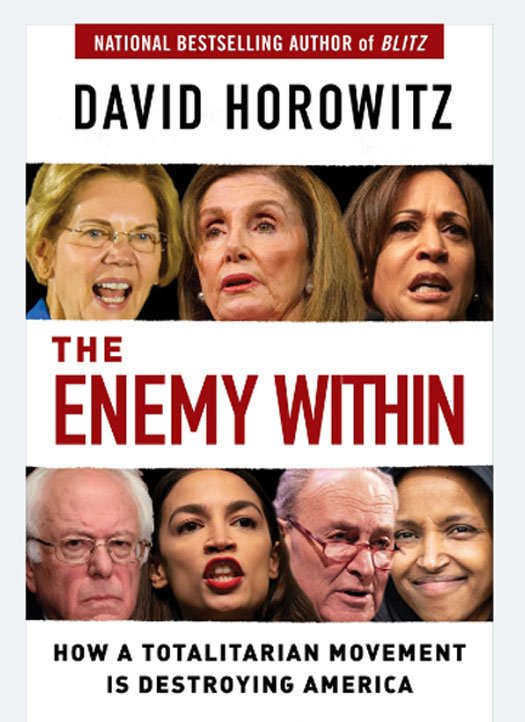 In his latest book, The Enemy Within: How a Totalitarian Movement is Destroying America, Horowitz locates the political ideology destroying every democratic and Enlightenment value on which our constitutional republic was founded. The invasive virus identified by Horowitz is a left-wing reactionary politics ensconced within the Democratic Party.

The philosophical root of this ideology which ties it to several movements that suffuse our culture, whether it be radical feminism, Black Lives Matter, Islamic Jihadism, the equity movements, reparation movements, the trial by media of Justice Brett Kavanaugh or, what Horowitz describes as the racist anti-racist rhetoric of Ibram X. Kendi and Ta-Nahesi Coates, is: “Identity Politics.”

Horowitz defines it as a radical ideology that is “racial and collectivist, and that privileges groups over individuals and demonized those who fall on the wrong side of its social equation. As a worldview Identity Politics is fundamentally at odds with America’s core principles of individual freedom, accountability, and equality, which have been the foundation of the nation’s progress for more than two hundred years.”

The book identifies the historical antecedents of Identity Politics by squaring it in the camp of Communist Marxist ideology. From there, Horowitz is able to create a compelling, page-turning narrative that covers almost every sphere of American cultural, educational, and political life infected by what he terms as the racist premises of the Progressive Left. In the process, the author debunks many of the shibboleths that have kept the policies of the left unchecked for decades. These include the view that blacks are still a marginalized and oppressed group, when in fact they are the beneficiaries of several race-based privileges and benefactions; and the view that systemic racism is not only endemic to America, but is a constitutive part of America’s identity. These views are logically and empirically debunked by Horowitz’s formidable logic and impeccable use of factual data.

Equally important to the book are the enormous contributions made to American and Western civilization by European males. We are the legatees of those achievements forged in the crucibles of resilience, sacrifice, devotion and genius.

When he turns to the Democratic response to the 2020 elections and the question of voter fraud, or when he writes about former President Trump’s treatment of the COVID-19 virus at various stages of its manifestations, Horowitz is clear to point out in painstaking details how the reactionary left, which, incidentally, includes, irresponsible behavior on the part of mainstream media, has interfered with or lied about putative evidence. What a reader takes to be obvious as reported by the media, Horowitz exposes with the lucidity and thoroughness of an investigative reporter to be an essential cover-up by a confederacy of left-wing liars.

He shows how the universities are the purveyors of some of the most dangerous ideas that then get transmitted to the general culture, and he shows how over the last forty years, due in part to a large bloated administrative class, conservative voices have been silenced on campuses. Viewpoints that challenge received wisdom get criminalized to the point that even an utterance such as: “America is a land of opportunity,” can be construed as racist and a form of “micro-aggression.”

If you want to understand the nature of the deep divisions in this country by way of the 2020 elections and by way of what I consider to be the biggest breach in this country: the intellectuals and the people, Horowitz provides plenty of examples. Readers who want to witness, in Horowitz’s estimation, the evisceration of the dignity of the Presidency of Donald Trump, should read this book.

The themes of this book could be described as a description and analysis of those who love America and desire to continue making it great versus those who hate it and wish to destroy it. Horowitz provides compelling evidence to indict the reactionary ideological left as complicit in hating America and wishing to destroy it.

There are several lies and false narratives promulgated in the media that are corrected in this beautifully written and elegantly stylized book. Horowitz writes passionately. He describes states of horrific phenomena running amok in America; but he writes in measured prose that is always under the auspices of reason and logic. The writing is lyrical and contiguous.

There are many ways to read this book: as a level-headed critique of the destructive progressive left-wing faction in America today. One could see it as a prognosticative warning: things will get worse. Others may see it as intellectual ammunition and inoculation against the perversities and the cultural and political indoctrination attempts of the cultural left whose main goal is to compromise human agency, freedom and liberty and usher in a socialist America.

I think all of these interpretations are true. Reading this book for me, however, was analogous to drinking a long cup of coffee in the early morning which one never wants to finish. Caffeine stimulates and energizes. This book held such an experience for me. On my second reading, however, I was left with a deeper impression. David Horowitz loves America deeply. He cares about humanity and the flourishing of all persons. He is vexed by the totalitarian agenda of the left not because the implementation of its agenda will destroy a way of life for one racial or ethnic group but, rather, because it will irrevocably destroy a quality and uniquely American way of life for all of America’s people.

Horowitz, therefore, is not a polarizing or divisive writer for the sake of being a curmudgeon. He realizes that there is a culture war taking place. He continues the noble and good fight in this book against the cult of nihilism that the Left represents. The fight—his fight, and the fight of all those who stand for freedom and liberty—is a restorative one ultimately. The book, to the extent that books can be part of a war effort, and indeed they can, is, therefore, a clarion call for justice for all, for values that are American values and, a fortiori, universal and aspirational values many have died and risked their lives for.

A keen diagnostician as well as social commentator, Horowitz in The Enemy Within gives us a deep portrait of the beautiful America that will be irretrievably lost if we do not identify the moral bankruptcy of the cultural and political trends that would seek to destroy our country. I do not believe David Horowitz is a historical determinist or a fatalist. The book, therefore, is a call to action: Take back our country from the annihilatory predators who are returning us to a primeval form of existence. It is not too late to reverse the current political trends in this country. America is not yet hopelessly lost. She is worth fighting for and holding on to. Do not let her go.

Jason D. Hill is professor of philosophy at DePaul University in Chicago, and a Shillman Journalism Fellow at the Freedom Center. His areas of specialization include ethics, social and political philosophy, American foreign policy and American politics. He is the author of several books, including We Have Overcome: An Immigrant’s Letter to the American People (Bombardier Books/Post Hill Press). His new forthcoming book is What Do White Americans Owe Black People: Racial Justice in the Age of Post Oppression. Follow him on Twitter @JasonDhill6.

Order David Horowitz’s new book: The Enemy Within: How a Totalitarian Movement is Destroying America.