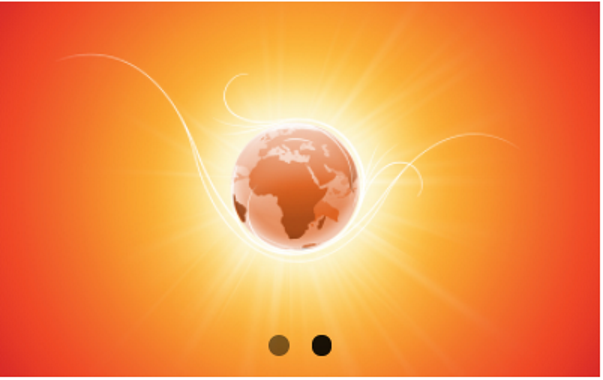 The alarming claims made at Biden’s summit bear little resemblance to reality.  The “solutions” proposed would in the main cause massive economic pain and expense for little or no environmental benefit.  In some cases they would cause more environmental harm than benefit.

Earth day should be about real conservation, but like so many things has been co-opted by the anti-energy Left.

Senator Gaylord Perry of Wisconsin initiated Earth Day on April 22, 1970 in response to the Cuyahoga River catching fire on June 22, 1969 as a result of a spark from a railroad car crossing the river on a trestle, falling onto an oil slick. The fire got environmentalist attention across the nation that day though it was the 18th time the river had caught fire in the past century. While Perry was quite a left of center politician the fact that April 22 (in 1870) was Vladimir Lenin’s birthday may have just been a coincidence.

The day was set aside to focus on a number of environmental issues such as water supply and waste disposal. Unfortunately, Earth Day has since been hijacked to focus on global warming, which morphed into climate change.   It is now largely about the elimination CO2 from fossil fuel emissions, relying on extreme computer simulations of CO2’s impact on our planet’s thermostat. Realistic cost-benefit analysis is nowhere to be found.  It was a coordinated move by the Left who realize that those who control energy, control pretty much everything. 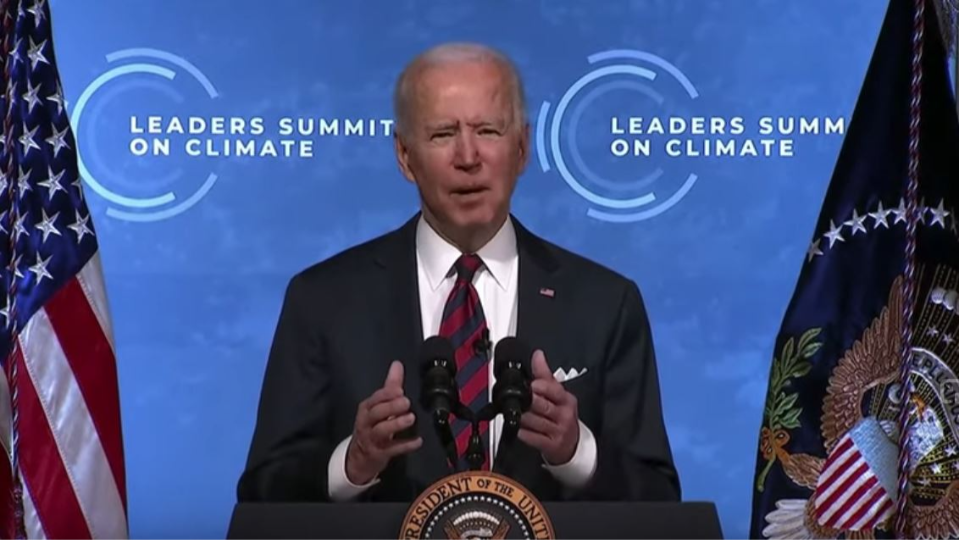 Biden said he plans to halve American CO2 emissions by 2030 and eliminate them by 2050. This would cause tremendous economic damage.  At least we can count on the Biden administration being long gone by both those dates and work toward better energy policy.

Leaders from many countries such as the UK, Japan, Canada, and even the Vatican weighed-in. Yoshihide Suga of Japan was very specific saying his country would reduce emissions by 46% below 2013 levels. One must laugh at such precise numbers which we know to be worthless. China’s Xi Jinping and India’s Narendra Modi said after their free emissions pass ends in 2030 they will finally pitch in. In the meantime China loves producing the bulk of the wind and solar equipment Biden plans to spend ginormous amounts of money on.

Biden patted himself on the back for undoing President Trump’s efforts to break free from damaging U.S. climate commitments and even upped the ante beyond what his old boss President Obama has put in place. The President said the virtual summit was aimed at “renewing” America’s leadership on climate change, ignoring that our country is already number one in emissions reductions (if that’s your thing).  Today, the United States is responsible for only 15% of world CO2 emissions, while China’s robust economy produces nearly one third.  China emits more CO2 than the U.S. and E.U. combined.

As expected, the greatest virtual climate exaggerations emanated from UN Secretary General Antonio Gutierrez, who served as President of the Socialist International from 1995-2005.  Gutierrez said “we see ever rising sea levels, scorching temperatures, devastating tropical cyclones and epic wildfires.” He said, “we are on the verge of an abyss.”  Gutierrez can apparently see climate devastation that historical data and hard scientific observation don’t.

Enough. President Biden’s Earth Day virtual summit featured policies which would erode national sovereignty, expand UN power, and throttle down free-world capitalist economies to the benefit of autocratic China without meaningfully alter the temperature of the Earth.   The policies put forward would dramatically weaken developed nations by pricing their energy out of sight.  Inefficient, intermittent wind and solar are not viable alternatives to inexpensive and readily-available natural gas, oil and coal.  So-called renewables have oppressively massive environmental footprints which bring nightmares of their own.  If only the Greens could get past their unscientific ideological opposition to nuclear power.

Radical leftists will not mind the free world being brought to it knees. The rest of us, not so much. This ill-conceived transformation of our energy supply cannot work.  The Left understands this.  They court energy failure, planning to demand government further step in and ration all energy.  For the Left the answer to every problem is more leftism.  How better to realize their dreams of control?

I have been studying the Bolshevik Revolution for years, particularly since its hundredth anniversary in 2017. I plan to write about it in a few weeks and readers will be amazed how its process tracks with the “woke” revolution and the global warming movement.

We need clear-eyed, unbiased science and policy.  Let me quote Greg Wrightstone, Executive Director of the CO2 Coalition, in the Earth Day edition of The Washington Times. “The science and data strongly support that our planet’s eco-systems are thriving and that humanity is benefiting from modestly increasing temperature and an increase in carbon dioxide. These facts refute the claim that Earth is spiraling into one man-made climate catastrophe after another.”