States Just Need to Say No! 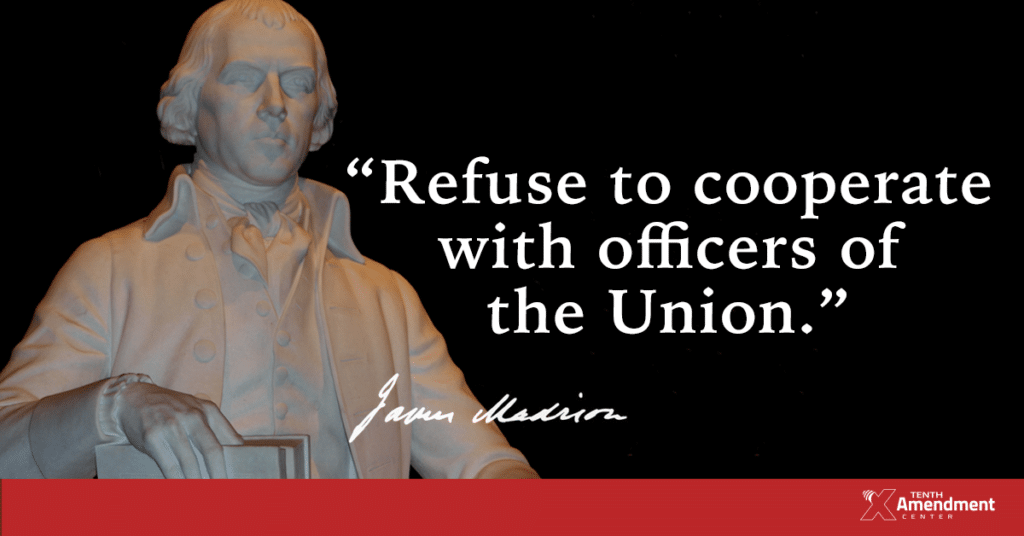 States Just Need to Say No!

I’ve never attended Mardi Gras, but I have experienced the pirate-themed mega-party known as Gasparilla in Tampa. And I watched d a lot of people “breaking the law.”

I witnessed hundreds of revelers drinking alcohol from open containers. I bumped into countless publicly intoxicated partiers. I even saw women exposing their breasts in exchange for 10 cent plastic beads. And I could go on. There were much debauchery and “illegal” activity.

I also saw a lot of cops.

But I didn’t personally witness one arrest.

Mostly, cops just looked on as thousands of people flouted the law. In fact, many of the cops seemed somewhat amused by the antics.

Try engaging in any of the above activities in downtown Tampa on a normal Tuesday night, and you will quickly find yourself taking up residence at the Hillsborough County Jail.

Sure, police make some arrests and issue a few citations during Gasparilla – 11 arrests in 2019.  Yes. You read that right. Eleven. Did I mention an estimated 300,000 people attended the event?

Fact — hundreds of thousands of revelers cram into downtown Tampa for Gasparilla, and huge numbers of those people break one or more laws with impunity. Simply put, the relatively small number of cops could never hope to control the masses and force compliance with the law. So they sat back and generally just tried to contain the mayhem.

This illustrates an important reality: as more and more people simply ignore a command, those trying to enforce it find it increasingly difficult to do so. It boils down to a simple matter of resources, manpower and scale. A few hundred cops cannot enforce their will on 300,000 people.

Herein lies the secret to our nullification strategy. States don’t have to actually do anything. They just have to stop helping the feds enforce federal laws or implement federal programs. The laws may remain on the books, but they become impossible to enforce. For all practical purposes, noncompliance renders them null, void and of no effect.

State and local non-compliance with federal acts, rules, regulations, and the implementation of federal programs, creates the same dynamic for federal agencies as Mardi Gras or Gasparilla does for local law enforcement. When enough states refuse to comply or cooperate with the enforcement of a federal act, D.C. finds it increasingly difficult to impose its will.

James Madison understood this dynamic. That’s why his blueprint to stop federal overreach in Federalist #46 was “a refusal to cooperate with officers of the union.” Madison said a single state refusing to cooperate would create “impediments.”

” And were the sentiments of several adjoining States happen to be in Union, would present obstructions which the federal government would hardly be willing to encounter. “

In fact, the federal government depends on state and local cooperation for virtually everything it does – from enforcing drug laws to implementing its many programs. During the run-up to the 2013 federal government shutdown, the National Governors Association sent a panicked letter to congressional leadership begging them to avoid the shutdown. In this email, the governors affirmed the feds need the states.

“States are partners with the federal government in implementing most federal programs. A lack of certainty at the federal level from a shutdown therefore translates directly into uncertainty and instability at the state level.” [Emphasis added]

Did you catch that?

That means states can refuse to serve as cooperative partners and shut down most federal programs.

There is great power in the word no. Cops can’t control Gasparilla partiers. And the feds can’t control states. State governments just need to stand up and assert their authority. They need to say no.

This article was adapted from an excerpt from Our Last Hope: Rediscovering the Lost Path to Liberty.