The Future Of The World Depends On The Filibuster 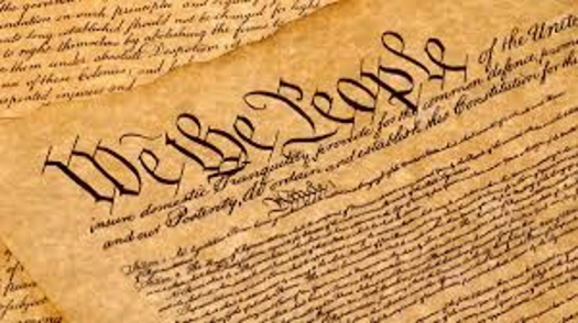 The Future Of The World Depends On The Filibuster

You may have seen the article in Breitbart in which our friend Charlie Spiering revealed that Joe Biden “loves” the idea he will be more “transformational” than former President Barack Obama, who struggled to move legislation forward during most of his term due to opposition from House and Senate Republican majorities.

Today, the only thing standing in the way of Biden out-transforming Obama is the Senate filibuster. (To tell Senators to fight to keep the filibuster go to https://freeroots.com/go/fight-4-filibuster.)

According to Charlie’s reporting, Biden’s list of planned aggressive actions includes historic legislation on climate change, gun control, and federal voting laws, according to the report.

He sees himself as a historic figure in the vein of Democrat heroes Lyndon B. Johnson or Franklin Roosevelt, as he repeatedly champions the role of government.

“This is the first time we’ve been able to, since the Johnson administration and maybe even before that, to begin to change the paradigm,” Biden said earlier in March, as he celebrated the newly passed the $1.9 trillion American Rescue Plan.

According to an Axios report cited by Mr. Spiering, Biden even met secretly with historians at the White House to discuss his emerging legacy of a president pushing through historic changes to the United States during the coronavirus pandemic crisis.

According to Axios, Biden feels powerful, ready to end the Senate filibuster and push through as much transformational legislation as possible while he still has the majority in the House and the Senate.

Reading the Axios report one can’t help but conclude that Democrats are operating on the assumption that the result of passing Biden’s “transformational” agenda is that Democrats will lose their majorities, so they have to get the show on the road NOW.

And the only thing holding them up is the filibuster and the last few remaining Senate Democrats who believe in America’s constitutional institutions as they’ve operated for the past 233 years.

Consider that if the filibuster goes away the dam holding back the transformation of America will burst:

DC and Puerto Rico will be given statehood, cementing a Democrat majority in the Senate.

Schools will be required to teach Critical Race Theory and use other divisive race-based operating procedures.

Big Tech will be shielded from anti-trust laws and otherwise be given free rein to continue to censor and deplatform conservatives.

Trillions more will be spent on infrastructure and earmarks adding to the already crushing interest costs of American deficit spending and creating a cycle of continuous increases in the mandatory spending budget of the federal government.

The Second Amendment will be continuously undermined and the right to keep and bear arms will be eliminated in law and in fact.

The borders will be left open at the same kind of in-migration levels that crushed European countries in the Obama era and added as many as 22 million illegal aliens to the population of the United States – and those now-illegal aliens will be granted a path to citizenship, even if they are known criminals or gang members.

And those are just to the top items in Joe Biden’s “transformational” agenda.

Once you review that list it becomes readily apparent why Democrats must get rid of the filibuster and pass H.R. 1 before tackling the rest of the items on the list – only by eliminating the opposition and stuffing the ballot boxes could the Democratic Party survive passing these unpopular measures.

We urge conservatives to use the simple Free Roots tools to tell Senators, with just a few mouse clicks, that you want them to protect minority rights and keep the filibuster. You can also call the toll-free Capitol Switchboard (1-866-220-0044) and deliver your message in person.

Published with Permission of chq.org